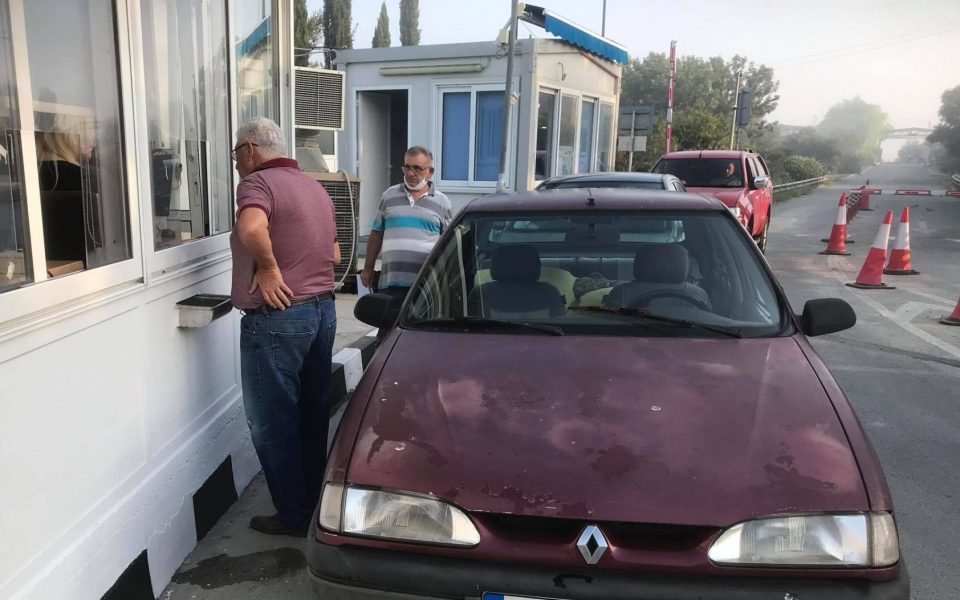 Fourteen Turkish Cypriots crossed from the north on Tuesday, eight returning to work in the government-controlled areas, five for health reasons, and one who lives in the south.

The workers will have to stay in the south until the end of the month, as Turkish Cypriot authorities would place them in quarantine for two weeks if they returned.

A number of them will be sleeping in their cars, the Cyprus News Agency reported while others will stay in places provided for them by their employers.

From Monday, the government has allowed the gradual passage through certain checkpoints with a specific procedure, for certain categories of people based on an agreement between President Nicos Anastasiades and the Turkish leader Mustafa Akinci.

They reportedly signed a form in the north agreeing that if they returned before the end of the month they will be quarantined for 14 days.

Later in the day, six Turkish Cypriots returned north – the five patients and one who had been residing in the south.

Two Greek Cypriots from the Karpas peninsula and a Greek national who had been stuck in the north also crossed into the government-controlled areas.

Those crossing over at Ayios Dhometios for the first time after nearly three months showed cars packed with stuff including bedding. 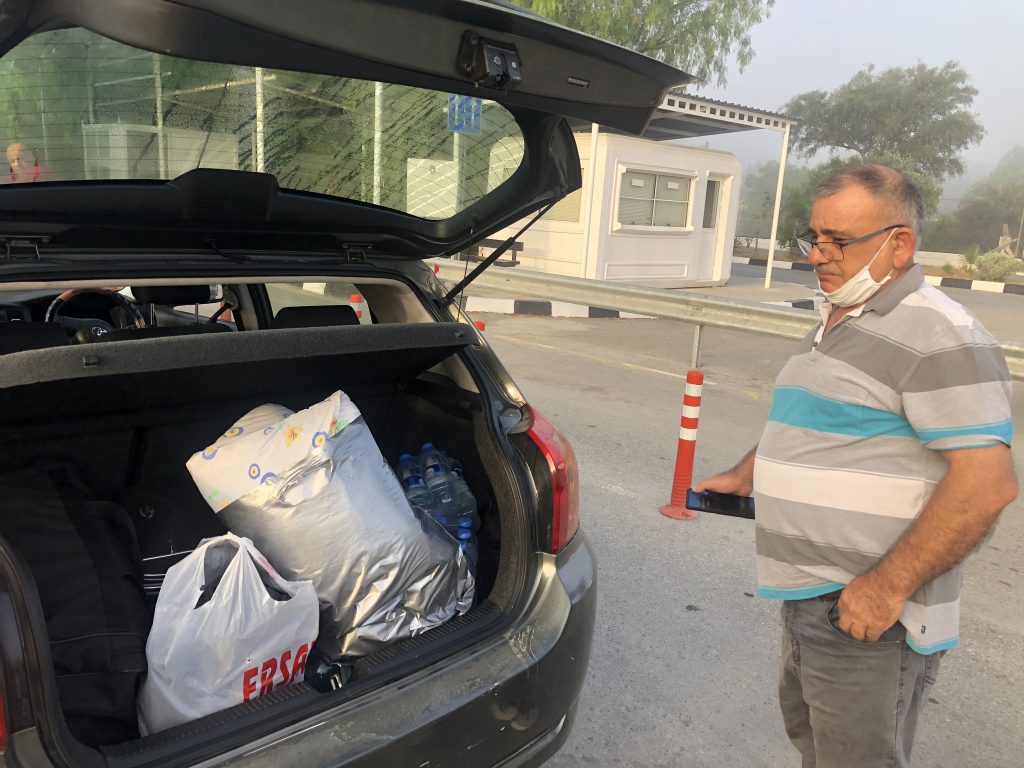 Turkish Cypriot ‘deputy prime minister’ Kudret Ozersay had announced that some of the people who work in the south of the island and face losing their jobs would be given coronavirus tests and authorities in the north would facilitate their crossing.

These workers, however, would have to remain in the south until the mandatory 14-day quarantine rule in the north was lifted on July 1, he said.

Government spokesman Kyriacos Koushos said the president was following developments regarding the crossings and would take decisions based on them.

“We will not remain inactive on the issue. The president is concerned by what is happening, he is following the developments and would be taking decisions based on them,” the spokesman said.

Meanwhile, Leonidas Phylactou, the Greek Cypriot representative on the bicommunal health committee, told CNA he requested another teleconference of the committee with the Turkish Cypriots.

He added he notified the UN in Cyprus, as the facilitator of these teleconferences, however there has not been any response from the Turkish Cypriot side so far.

He also noted that the Turkish Cypriot side has not yet sent to the Greek Cypriot side its report on the latest epidemiological data in the north as it said it would do.

The Greek Cypriot side sent to the Turkish Cypriot side a report on the epidemiological data in the government-controlled areas before the committee’s teleconference on June 1st, during which the experts of both sides briefed each other about the situation as regards the COVID-19 pandemic on each side.

Phylactou also said he is in constant contact with the Turkish Cypriot co-chair of the committee as regards requests about certain individuals’ health issues that need to be addressed.

Turkish Cypriot leader Mustafa Akinci criticised the handling of the report by the administration, which he said finds it difficult to act based on common sense and science and preferred political stubbornness.

Akinci said first they said they would submit a report in booklet form but instead they sent around two pages classified as temporary.

“According to the experts’ initial view, it is not quality and serious work. Our side should have prepared a report a long time ago at least like the one by the Greek Cypriot side,” Akinci said.

He was referring to a meeting of the north’s scientific team, which decided that crossings to the south could start before July 1 under certain conditions, but the administration did exactly the opposite.

Akinci said from the onset they had said that the developments would be defined by health but what was happening would clearly “do damage to our community”.

Following a ‘cabinet’ meeting in the north, the ‘government’ decided they would meet with the ‘health ministry’ on Thursday to discuss opening travel on July 1.

Speaking after the meeting, Ozersay said they will draw up a detailed plan.

However, Ozersay made no comment about the checkpoints or the failure of the north to submit a report on coronavirus to the bicommunal committee.

“The Turkish Cypriot coalition partners continue to defy the recommendations of health experts and have kept the quarantine rule in force,” the group said in a statement. “Their politically based decision has effectively blocked all crossings across the buffer zone. As we had warned when the Republic of Cyprus authorities closed the first four crossing points on  February 29, unilateral decisions on the issue risk putting the matter in the hands of agents who want to use it for political aims and enhances division in our country.”

Should you be using a hydration spray this summer?