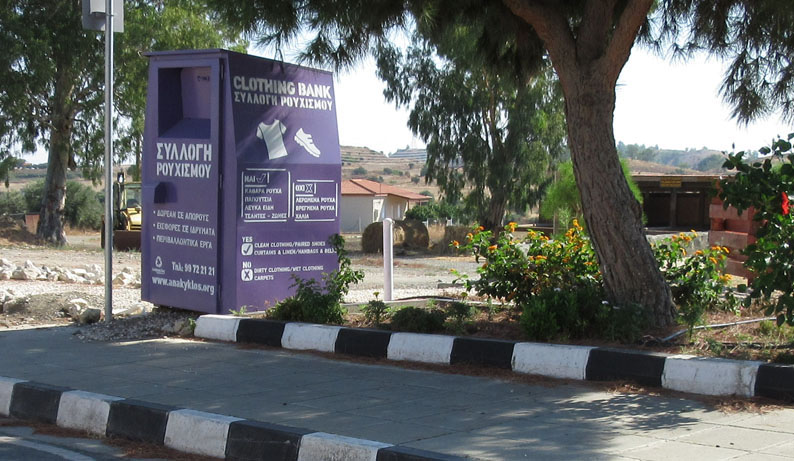 As a result of the coronavirus there has been a wave of interest in recycling clothes, with a recent 500 per cent surge in people asking online when recycling centres will open, a guide by Saveonenergy.com/uk has reported, and while Cyprus is not in the top ten when it comes to asking questions about recycling, it is at least not among the worst offenders, as it is ranked  number 18 among the 27 EU countries.

In fact, in the last 30 days, 12,670 people in Ireland have Googled how to recycle old clothes.

At the other end of the scale are countries Luxembourg, Slovenia, and Slovakia.

In Luxembourg just 330 people a month search keywords like ‘Clothes Recycling’ while in Slovenia and Slovakia, it is as low as 300 and 270 searches a month respectively.

In January, Europe’s worst offenders for burning and binning clothes were revealed, the website said.

“A new study by menswear brand LabFresh found the fashion capital was also capital of fashion waste, seeing the country produce around 465,925 tonnes of textile waste each year, equal to 7.7kg for each of its 60 million people. Of that, just over 10 per cent is recycled while 81.8 per cent of its waste is incinerated or sent to landfill,” were the shocking results of the study at the beginning of the year.

Since then, Saveonenergy.com/uk has found one of the positives of the current pandemic is a change in attitude toward old textiles and how we recycle clothes.

“We are now organising our closets with care and in an environmentally friendly way,” the experts reported.

“Rather than burning and binning we are turning to recycling centres to dispose of old clothes. In fact, UK-based End of Tenancy Cleaning Services recently reported a 500 per cent surge in Google searches like ‘when will recycling centres open’, after many were shut down due to Covid-19.”

Harvard Medical School: Coronavirus may have spread in Wuhan in August