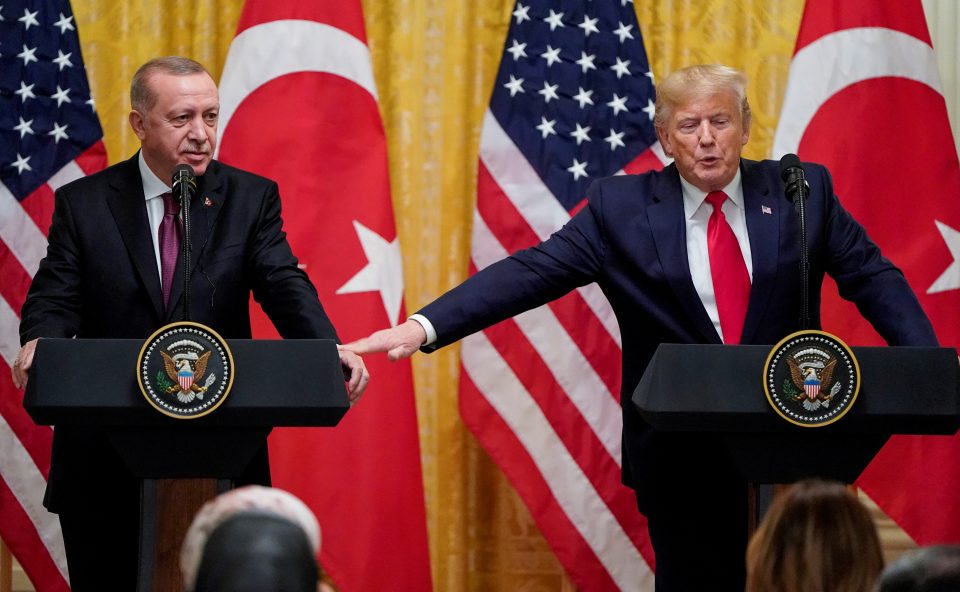 A White House statement said Trump and Erdogan discussed the war in the north African country, as well as Syria and the wider eastern Mediterranean region, but gave no details.

Turkish President Tayyip Erdogan said he discussed the conflict in Libya with U.S. President Donald Trump in a phone call late Monday and that the two leaders agreed on “some issues” related to developments there.

Turkey supports the internationally recognised government of Fayez al Serraj, whose forces have in recent weeks driven back an assault on the capital Tripoli by the forces of Khalifa Haftar, backed by the United Arab Emirates, Egypt and Russia.

“A new era between Turkey and the US may start after our phone call. We agreed on some issues,” Erdogan said in an interview with state broadcaster TRT, without offering specifics.

A White House statement said Trump and Erdogan discussed the war in the north African country, as well as Syria and the wider eastern Mediterranean region, but gave no details.

Egypt had called for a ceasefire starting on Monday, as part of an initiative which also proposed an elected leadership council for Libya. Haftar’s other supporters, Russia and the UAE, also welcomed the proposal.

But Erdogan, whose support for Serraj’s Government of National Accord (GNA) helped change the course of the war, said the GNA would continue fighting to seize the coastal city of Sirte and the Jufra air base further south, in a strategic region of the oil exporting country.

“Now the goal is to take over the whole Sirte area and get it done. These are areas with the oil wells, these are of great importance,” he said.

Erdogan said he would also discuss Moscow’s role in Libya with President Vladimir Putin, including what he said was the supply of Russian planes and Pantsir air defences to Haftar’s forces.

“They have Pantsirs there, they sent 19 warplanes to Libya,” Erdogan said. “After talking with him, we can plan ahead.”