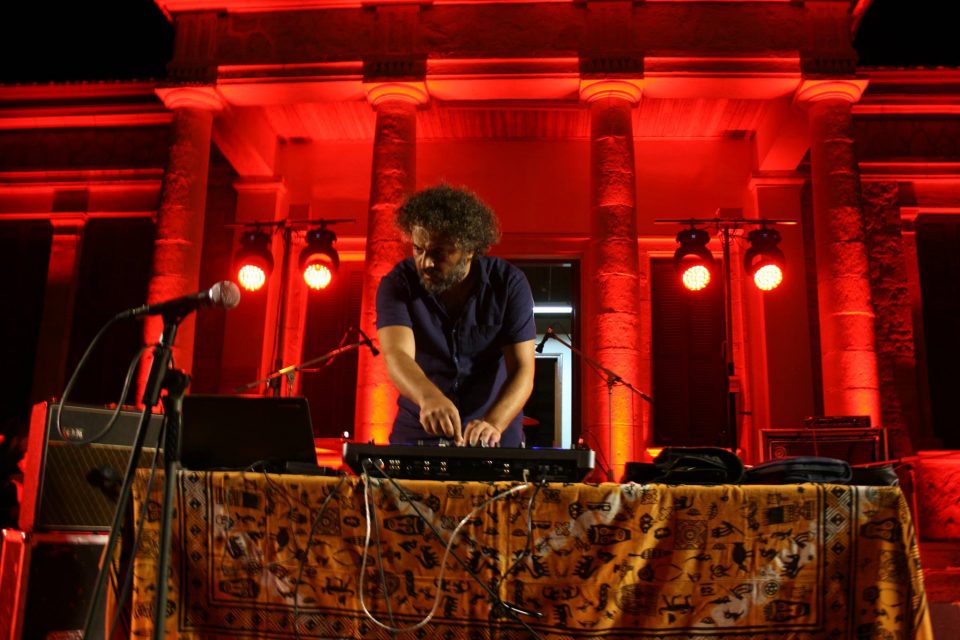 A group of academics, political activists and DJs from both sides of the divide got together in the midst of the coronavirus crisis to create a multi-communal online radio service.

At the heart of this new venture, described by one of its principal founders Turkish Cypriot political scientist Umut Bozkurt, as “radio in the time of corona”, is the Zulu concept of Ubuntu, a word that invokes the commonality and essence of our shared humanity. It is, Bozkurt says, the philosophical belief “in a universal bond of sharing that connects all humanity”.

The idea for Radio Ubuntu came originally from Barcin Gokboru, a Turkish Cypriot DJ and event organiser. Gokboru is well known among young Cypriots on both sides of the island as the creative force responsible for featuring some of the coolest bands in the region at the shows and performances he stages.

“I had been thinking about this for a long time – then coronavirus happened and suddenly it seemed that the timing was perfect,” he told the Sunday Mail.

“The idea behind this is to overcome divisions and get people together. It’s not just about Cyprus so it is not only bicommunal. The idea is to make it as multi-communal and multi-cultural as possible.”

“We are trying to balance music from the West and the East and play as many different genres as possible. Basically we play music from all five continents. It’s urban, traditional and eclectic, jazz, classic, rock, reggae, Afrobeat. There’s North American and Latin American, Asian, European, Mediterranean, Turkish and Greek and Cypriot. We play what we call good music without borders.”

At present, 15 DJs use Radio Ubuntu as their platform. Five are Turkish Cypriot, five are Greek Cypriot, and then there are two Greeks, two Turks and an Italian.

Despite the commitment to diversity and balance, to date there is only one female DJ, Greek Cypriot Marilena Aresti.

“I play under two names: DJ Wanderwonder when I play electronic music, and WanderLu when I play other styles,” she said.

“I mostly play electronic but also mix many other types of music from all over the world. This is why I got interested in Radio Ubuntu.”

Forty-two-year-old Aresti, an elementary school teacher who has been moonlighting as a DJ since her mid-20s, was introduced to Gokburu by a mutual friend.

“I like what they are doing. They have a good vibe and want to do good things. That is why I am part of this project. It is good to see the various communities in Cyprus doing something together.”

Of the two talkshows currently being aired, Coronaversations is hosted by Umut Bozkurt, who lectures at the political science department at the East Mediterranen University of Famagusta. The other, Red Radio Show, is hosted by Athena Kariati, a political activist and member of New International Left organisation.

“We have decided to use English for all our programmes because we want to make the radio accessible to as many communities as possible,” Bozkurt explains.

Her Coronaversations programme consists of in-depth interviews with leading political experts, both Cypriot and foreign, about the impact the pandemic has had on daily lives as well as its broader economic and political implications and repercussions.

“Coronaversations aims to discuss the issues on a more global basis and to get away from the parochialism of viewing everything in the context of the Cyprus problem,” Bozkurt explains.

Now that both sides in Cyprus are fast approaching the end of their respective lockdowns, she thinks it might be the time to change the concept of her talk show as well as expand the project altogether.

“We are now in transitional period. The first month of Radio Ubuntu was about baby steps but now we are in the middle of discussing what we should do next.”

Bozkurt said the radio is looking for new contributors and plans to add more political programmes in addition to placing more emphasis on cultural matters with a focus on the arts.

“We would like to diversify. We just want people from various communities to come together and create something and share it.”

Kariati agreed, saying she hopes the radio will survive the end of the pandemic and become part of Cyprus’ reality for a long time.

“It is great that the radio started during the time of coronavirus, when the crossings were closed and when we needed a project that could unite the voices of all the communities that live in the island. Ubuntu can offer us much needed solidarity and perspective. I hope we will be able to sustain it for a long time.”

To listen to or contact Radio Ubuntu go to: