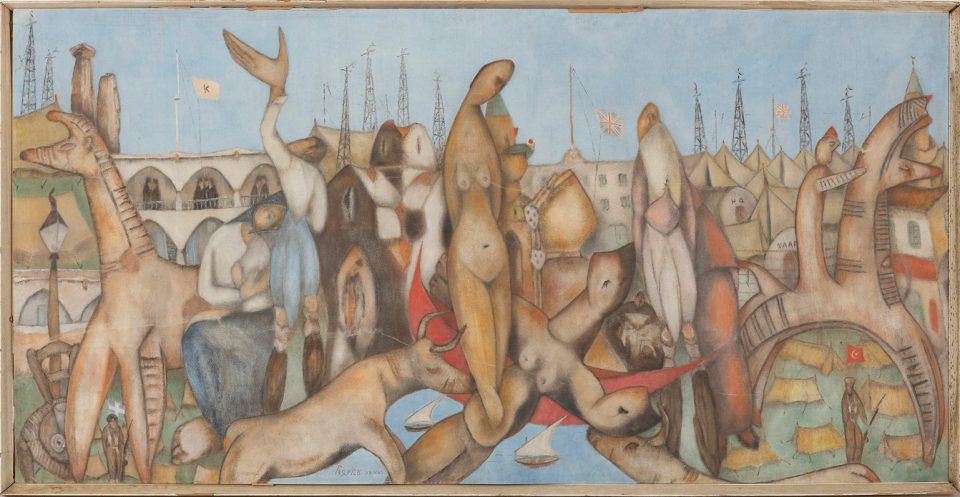 The exhibition Rebirth will open at the State Gallery of Contemporary Art – SPEL on June 16, featuring 219 artworks that were returned after 46 years from the Turkish Cypriot to the Greek Cypriot community.

The exhibition, which was due to open in March but was cancelled due to Covid-19, is held under the auspices of President Nicos Anastasiades. An agreement last year saw audio and visual archives of the Cyprus Broadcasting Corporation (CyBC) from the pre-1963 period related to the history of the Turkish Cypriot community returned to them by the Greek Cypriot community in return for the 219 artworks.

The return of the works was overseen by the bicommunal technical committee on culture.

The works on show include emblematic works by Greek Cypriot and Greek artists from the first decades of the 20th century until the early 1970s, which remained in the north after the 1974 invasion. They were found in various homes and public places and were safeguarded by the Turkish Cypriot community, the ministry of education said.

Sixty-seven of these works, together with audio-visual material, were recently presented for two days at Ledra Palace in Nicosia, for a limited number of visitors under the auspices of the United Nations. The exhibition was inaugurated on February 3 in the presence of the two leaders.

Subsequently, works were officially handed over to the Republic and the ministry of education was tasked with presenting them to the general public. At the same time, the process of returning the works to their rightful owners was launched.

The exhibition at SPEL (on until August 1) will be divided into sections, depending on whether works are of confirmed origin (e.g. Municipal Gallery of Famagusta) or not. It brings to light iconic works of historical Greek Cypriot artists such as George Pol. Georgiou, Giorgos Skotinos, Stelios Votsis, Christoforos Savva, Andreas Charalambides, Michael Kashialos, Ioannis Kisssonergis, Nikos Nikolaides, Rea Bailey, Adamantios Diamantis, Telemachos Kanthos and others.

Works by prominent Greek artists such as Ioannis Tsarouchis, Ioannis Moralis, Nikos Hadjikyriakos-Ghika, Giorgos Gounaropoulos, Fotis Kontoglou and others, are also on display.

During the exhibition, an information-collection point will be open to the public, with the view of further assisting research on the history of the artworks.