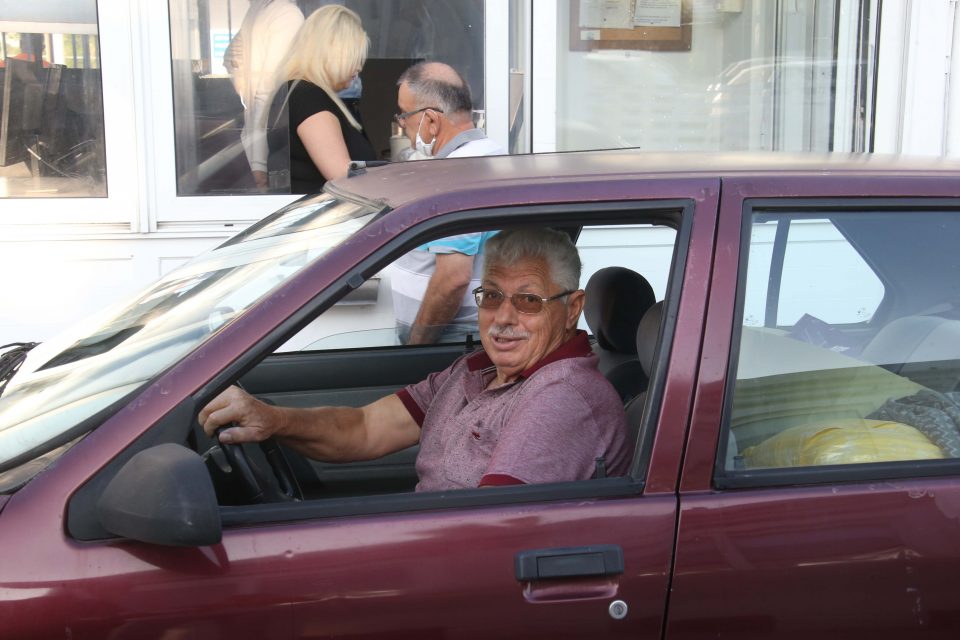 64-year-old Mustafa Ruso from Morphou with his bedding in the back of his car as he arrived at Ayios Dhometios checkpoint on Tuesday. He slept overnight in his car

The decision by several Turkish Cypriot people who work in the south to cross and remain in the government-controlled areas and even sleep in their cars in order not to lose their jobs, was widely reported in the Turkish Cypriot press on Wednesday.

Yeni Duzen published the photo of 64-year-old Mustafa Ruso from Morphou sleeping in his car after crossing to the government-controlled areas on Tuesday.

Ruso, a truck driver who has been working in the south since 2005, told the paper he had no other option since authorities in the north had done nothing to help during the past three months when they were unable to get to their workplaces and earn their salaries.

Around 40 people have crossed between the two sides, the majority to the south, since Monday when the Greek Cypriot side started allowing workers, students and people receiving treatment in the government-controlled areas to start crossing again.

Several of them crossed with mattresses, bed sheets and kitchen utensils.

The majority of those who crossed were forced to seek accommodation in the south after Turkish Cypriot authorities told them they would either have to be placed in 14-day quarantine when they crossed back to the north or have to wait  until July 1 when this measure will be lifted.

Another worker, 50-year-old construction worker Cemil Pehlivan, told the daily that he will be staying at the house of his employer.

“If I waited any longer, I may have lost my job,” he said.

Senol Birinci said he has been working in the south for 21 years and that the ‘government’ in the north did not provide any help requested by 51 families when crossings were stopped.

Restrictions at crossings have affected around 1,500 Turkish Cypriots who live in the north but work in the south.

Kibris quotes some of the workers saying they were forced to ‘migrate’.

Afrika reported that the Greek Cypriot community has taken in Turkish Cypriot workers who have nowhere to stay in the south. It also reports that there have been calls on social media for people to host some of these workers.