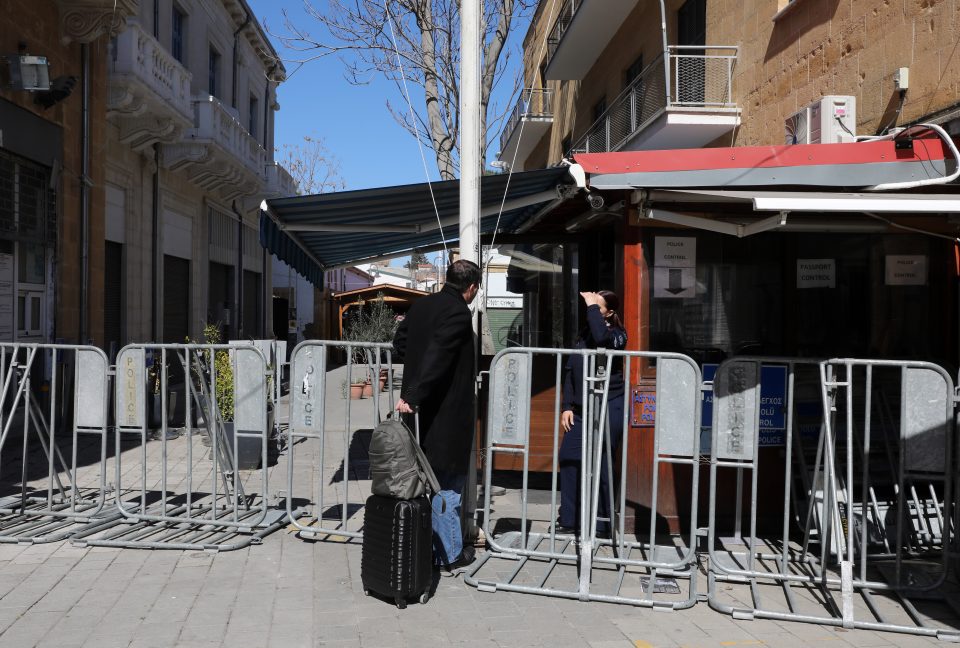 Unficyp on Wednesday expressed its concern over the situation with the crossings and the disruption it has caused to people from both communities.

“It is imperative that the parties continue to work closely together to open the crossing points. The (UN) mission is ready to assist both sides in moving forward,” Unficyp spokesman, Aleem Siddique told CNA.

He added that Unficyp has asked the north to clarify the situation on crossings across the entirety of the buffer zone.

According to the news agency, Siddique said that although the UN supports all necessary health related measures that need to be taken so as to deal with the pandemic, there was concern over the disruption caused to members of the public on both sides of the divide.

The leaders agreed on May 21 to a gradual opening as of Monday this week for certain groups of people including students, people needing medical treatment and Turkish Cypriot workers to cross by car. But the Turkish Cypriot ‘government’ in a move to wrest the decision from the leaders, had ‘deputy prime minister’ Kudret Ozersay saying that though they would allow people to cross to the south of the island for work, those people would either have to stay in the south until July 1 or face a 14-day quarantine when they returned to the north.

This effectively left many stranded with some workers saying they would be sleeping in their cars as they had no choice but to go to work – something they had been unable to do since the crossings closed. In total, 14 people crossed on Tuesday, eight of whom were workers. Some brought bedding, and at least one man did sleep in his car.

According to CNA on Wednesday, three people crossed to the north on Tuesday and were quarantined. One was said to have come on a repatriation flight from the UK to Larnaca.

On Wednesday another 21 Turkish Cypriots crossed, according to Kibris Postasi news outlet.  Two of the 21 people reportedly crossed for health reasons while 19 crossed for work.
At the same time main opposition Akel on Wednesday slammed the government for being “content with verbal statements” as a response to the provocative comments coming out of the north.

The government is waiting for a second meeting of the bicommunal committee on health to evaluate scientific data that would allow a wider opening of the crossings. However, the Greek Cypriot joint head of the committee has said the Turkish Cypriot side has not submitted its data and is not responding to calls for a second meeting.

Kyprianou said it was obvious that Ozersay and ‘prime minister’ Ersin Tatar, were “trying to cause problems, and not accidentally”.

“They disagree with the agreed basis for a solution [to the Cyprus problem],” he said, referring to a bizonal, bicommunal federation.

But he also called on Anastasiades to realise that since the Greek Cypriots were the ones “burning to reach a solution based on the right principles”, the president should take the initiative to move forward with opening the crossings to everyone with the right health measures in place. “Our government so far is satisfied only with verbal positions”, Kyprianou said.

Anastasiades: People are right to be outraged over corruption