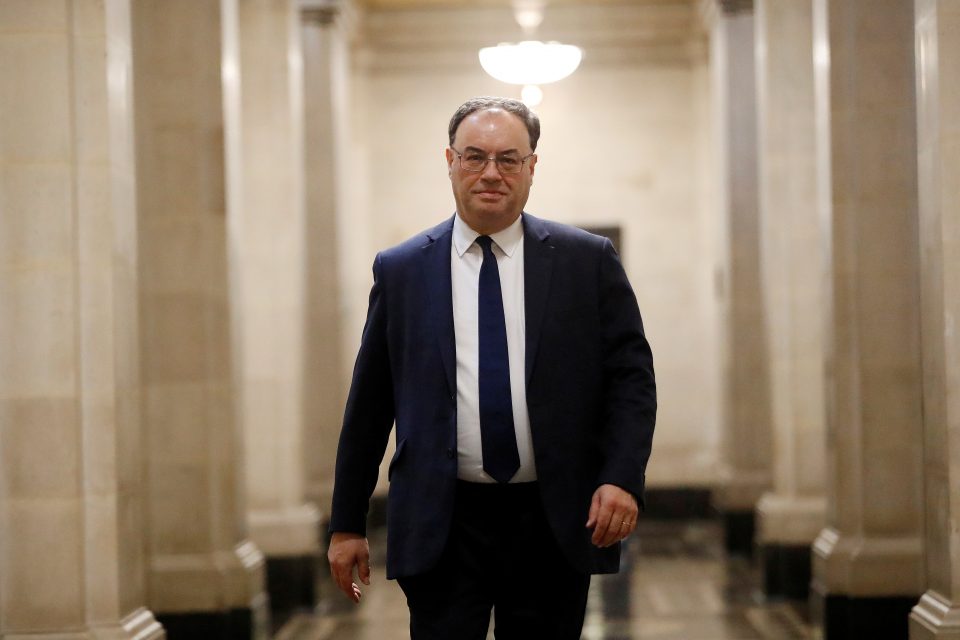 Bank of England Governor Andrew Bailey said referring to the economy 'we don't know how much scarring there will be,"

For once, economists are united on one thing: official data on Friday will show that Britain’s economy suffered a record collapse during April’s coronavirus lockdown.

The question is, how big was the hit?

There was an unprecedented range of views in the latest Reuters poll of more than two dozen economists, with the median forecast for an 18.4% month-on-month plunge in gross domestic product in April.

That was when much of the economy was subject to tight restrictions and it is expected to be the low point of the slump as the lockdown is gradually lifted.

The least pessimistic saw an 8.5% drop, which would still be worse than anything during the 2008-09 global financial crisis.

“I do feel a bit like Doctor Doom,” he said.

As a starting point he used scenarios published by the Bank of England and the government’s fiscal watchdog, the Office for Budget Responsibility.

However both institutions have warned that those scenarios are far more uncertain than their usual forecasts in which changes of just a few decimal places can be the subject of intense debate.

Economists concede there is limited value in producing precise forecasts for such a severe collapse in demand, especially during times of such historic volatility.

Investors were shocked last week when data showed the United States added 2.5 million jobs in May after the consensus pointed to a drop of 8 million.

Still, analyst predictions represent some form of touchstone for the data when it arrives.

“I’ve been racking my brains to figure out what’s happened in the past, if there’s anything out there that would help me to understand what’s going on now,” said Commerzbank economist Peter Dixon.

“And the answer is, I don’t think there is. We’re in genuinely uncharted territory.”

Dixon expects a roughly 18% drop in output in April.

To come up with forecasts, Shaw and Dixon ditched some of the usual economic indicators like purchasing managers’ indexes (PMIs), because they are not designed to measure the huge falls in demand caused by the shutdown.

Instead, they have turned to other measures like electricity demand and data measuring the movement of people.

Shaw said his electricity demand model chimed with his interpretation of signals from the labour market.

HSBC economist Liz Martins said coming up with a forecast for Friday’s numbers had been a nightmare.

Few right now can predict that with any confidence, even at institutions with the biggest research teams.

“We don’t know how much scarring there will be,” BoE Governor Andrew Bailey told a panel discussion hosted by the World Economic Forum on Wednesday.

“I think it is reasonable to say there will be some, but it is very hard to judge,” he said.

‘Thank you for everything’, says Vale after announcing retirement

Cyprus startup offers inspiration to get your head in the game