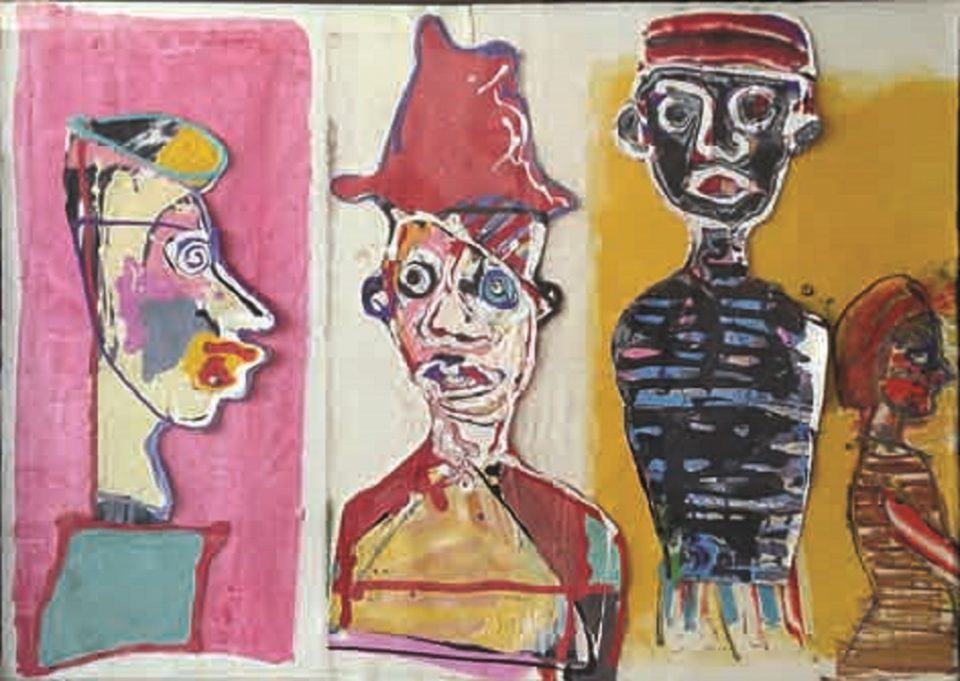 “As art galleries prepare to reopen most are still puzzling over how best to adjust to the changing Covid-19 times. Artists and the art market are among the hardest hit,” says Ritsa Kyriacou from Gallery K, whose summer exhibition opens next week. Titled Act of Resistance, it brings together rare and collectable works by Cypriot, Greek, British, German and Russian artists.

“We have seen a lot of art galleries and museums provide online access and virtual visits as the pandemic developed. The world was given a crash course on viewing art differently and this phenomenon may well remain onwards,” says Kyriacou.

Some of the works are by revolutionary second-generation Cypriot artists, whose experimental approach produced some true masterworks. Starting with Christoforos Savva in the 1960s, Cypriot modern art remains to this day mostly an act of resistance against the figurative, representational, realistic, and naïve currents which had previously dominated Cypriot painting.

“Visitors to the exhibition may, therefore, find there is much to interpret and understand in Gallery K’s Act of Resistance exhibition,” says Kyriacou.

And while this exhibition will last until September 14 (except for August when the gallery is closed), a day before Act of Resistance opens, another art exhibition will be held.

RestART is all about art in the times of coronavirus. Social isolation was a natural consequence of the pandemic. Closed doors, limited space, plenty of time and the constant search for an optimistic note were things everyone experienced and factors that influenced the making of this exhibition.

“In such conditions,” write the exhibition organisers, “art changes form, is influenced but remains art. It is reborn and continues to flourish.”

Works born in the middle of quarantine are presented in the exhibition featuring pieces by 10 young artists, who replaced the feeling of social isolation with something more creative.

RestART opens on June 14 at Motel (54 Archbishop Kyprianou Avenue in Strovolos) at 5pm and part of the proceeds will be donated to charity.