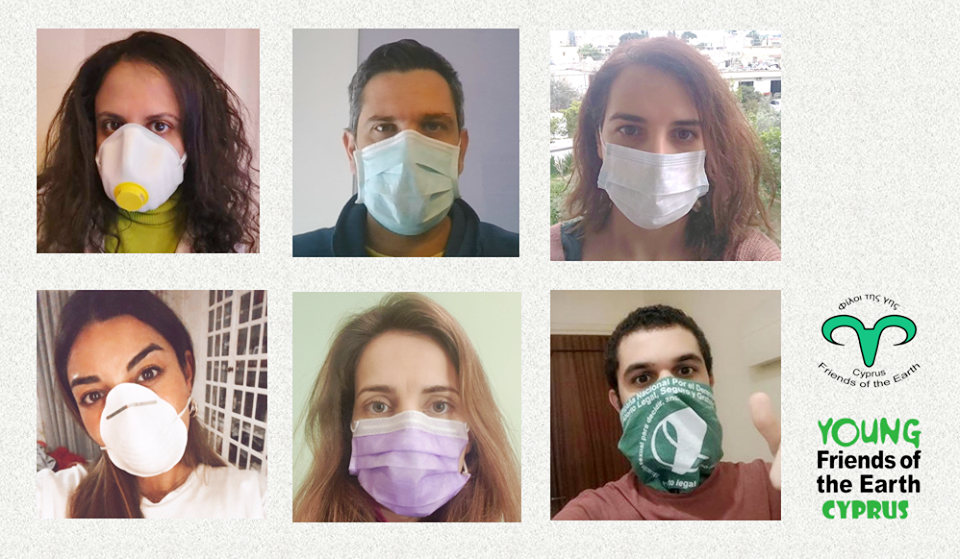 A non-profit environmental organisation that receives EU funding, Friends of the Earth expressed anxiety about the future

Many Cyprus charities and NGOs have fallen into need of funding during the novel coronavirus crisis.

“Almost all non-profit organisations have been affected in different ways,” Commissioner for Volunteerism and Non-Governmental Organisations Yiannis Yiannaki told the Cyprus Mail. “Many have had to postpone fundraising events, because of the restrictive measures that did not permit gatherings, and so are facing financial challenges.”

The Karaiskakio Foundation is one such charity. “We scheduled fundraising events, but they didn’t happen, hence no funds,” said the Foundation’s Director Pavlos Costeas. “Now we are scheduling events for the future, but we are concerned that they too might not happen,” he said, fearing a resurgence of the virus.

Meanwhile, the foundation has started selling a custom-made face mask, priced at €8, this month to raise funds.

Karaiskakio was established in Cyprus to fight leukaemia and has managed to create the largest volunteer bone marrow donor registry per capita in the world. The donations here are used in transplants both in Cyprus and in other countries.

But the Foundation was unable to recruit the expected volunteer donors for the first term of 2020, and they were not able to perform all the required transplants. And, with airports closed, transplants abroad could not be provided with donations.

The consequences were fatal for some patients who failed to receive their transplants on time, as the bone marrow transplant needs to be carried out as soon as the blood cancer is in remission.

Animal shelters are also struggling with financial challenges. The Nicosia Dog Shelter is hosted for free by the UN in the buffer zone, but they pay rent for their charity shop in Ayios Dometios. The store had to remain closed for about three months due to the coronavirus measures, despite running costs. On top of that, the shelter’s van, used to transfer dogs to the vet, also broke down this month, and there are no funds to repair it, according to manager Natasa Christophides.

For animal shelters, the government approved €50,000 emergency funding at the end of March, in addition to the €100,000 annual state fund for shelters in the government-controlled areas.
However, Yiannaki said that government funding does not fully cover their expenses and these charities will need to continue to raise funds. “We hope that with the reopening of businesses in September, things will be back to normal, and there is the potential to financially support most organisations online.”

A non-profit environmental organisation that receives EU funding, Friends of the Earth, agreed they do not face a funding crisis at the moment but expressed fear for the future.

“We are trying to adjust like everyone else. There is uncertainty, we don’t know what will happen in the future, not just about funding but also whether we will be able to physically gather people or if we have to change to online methods,” said Friends of the Earth president Anastasia Korae.

Apart from cancelled fund-raising activities, the operation of NGOs was affected with the postponement of raising awareness campaigns and informative events. Many organisations turned to teleconferencing to continue their activities, which fails to have the same effect to sensitise people on key issues.

Between lack of funding, and inability to hold events, many charities are losing the level of impact on their communities that it is their mission to maintain.

Shows we love: When they see us