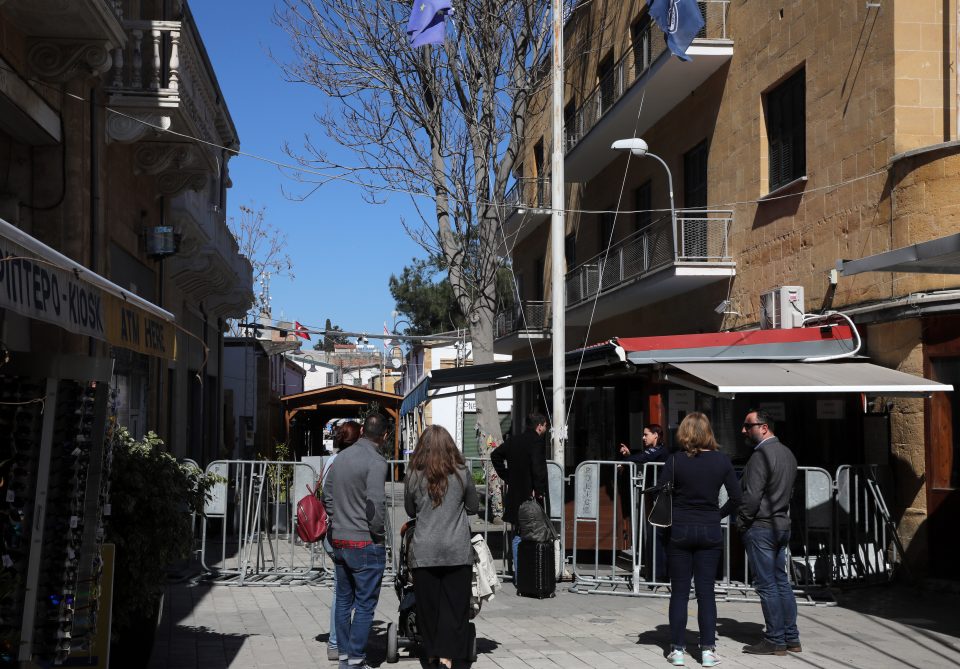 Passengers from some countries, including Turkey, but also people crossing from the south of the island will be allowed in the north from July 1, Turkish Cypriot authorities announced.

‘Foreign minister’ Kudret Ozersay announced three categories of countries from which passengers will be allowed into the north as of July 1.

Category A includes Malta, Bulgaria, Norway, Germany, Austria, Finland, Hungary, Slovenia, Israel, Greece, Turkey, Lithuania and Denmark. There are no direct flights to the north except from Turkey so all planes are first required to land in Istanbul.

All individuals arriving in the north from the countries listed will have to present a negative coronavirus test carried out 72 hours before arrival.

Category B includes Switzerland, the Czech Republic, Poland and Croatia. People arriving from any of these countries will have to get tested twice, before their trip, and after arriving in the north.

The US, Russia, Brazil, Iran and UK are in category C. People from these countries will have to present a negative coronavirus test but will still be placed in quarantine for 14 days, the cost of which will be covered by the individuals themselves.

Ozersay said that the lists will be updated regularly.

University students arriving from Turkey between June 15 and July 1 will be placed in quarantine upon arrival, and, if tested negative, they will be moved to university campuses where they will remain for 14 days.

As regards Greek Cypriots crossing to the north, they will have to present a negative coronavirus test not older than 72 hours prior to their first crossing.

Despite the announcement from the Turkish Cypriots to allow people to cross as of July 1, crossing back and forth between the two sides will not be possible until the Greek Cypriot side also gives the green light.

The announcement that Turkey has been placed in the category of countries deemed safer than the rest, prompted reactions on social media but according to a Turkish Cypriot journalist who wished to remain anonymous, there is a lot of pressure in the north to start flights with Turkey for economic reasons.

“I believe the administration is trying to balance its relationship with Turkey while trying to maintain support domestically or not to look bad,” the journalist told the Cyprus Mail.

Allowing flights from Turkey but keeping the crossings closed would draw reaction, he said.

“They know the south isn’t a threat, but they can’t open the crossings without opening to Turkey. They don’t want to offend Ankara. This is the reason for the delay (in opening the crossings),” he said.

The bicommunal Technical Committee on Health is set to hold a teleconference on June 17 with the participation of epidemiologists from both sides dealing with the coronavirus which is expected to help with political decisions on the crossings.

The aim is to conduct a follow-up for the meeting that took place on June 1.

Last week, member of the advisory committee on coronavirus Leontios Kostrikis who had participated at the last teleconference of the technical committee had said they did not receive much information from the Turkish Cypriot side on the epidemiological outlook in the north. He had said that during their next meeting, the Greek Cypriot side would insist on hearing about their plans as regards Turkey because it is also a transit country for those arriving to the north.

The government has expressed their discontent over the refusal by the Turkish Cypriot side to implement the joint decision by the two leaders for the gradual opening of the crossings from June 8, putting it down to political expediencies ahead of the elections in the north next October.

Ozersay announced this week that Turkish Cypriots working in the south but who live in the north will be able to cross daily between the two sides from June 22 as long as there was no deterioration of the epidemiological conditions as regards the coronavirus. The same applies for students and people receiving treatment in the south, Turkish Cypriot residents of Pyla but also enclaved living in Karpasia and Maronites residing permanently in the north.

Trump says police choke holds should be banned in most instances