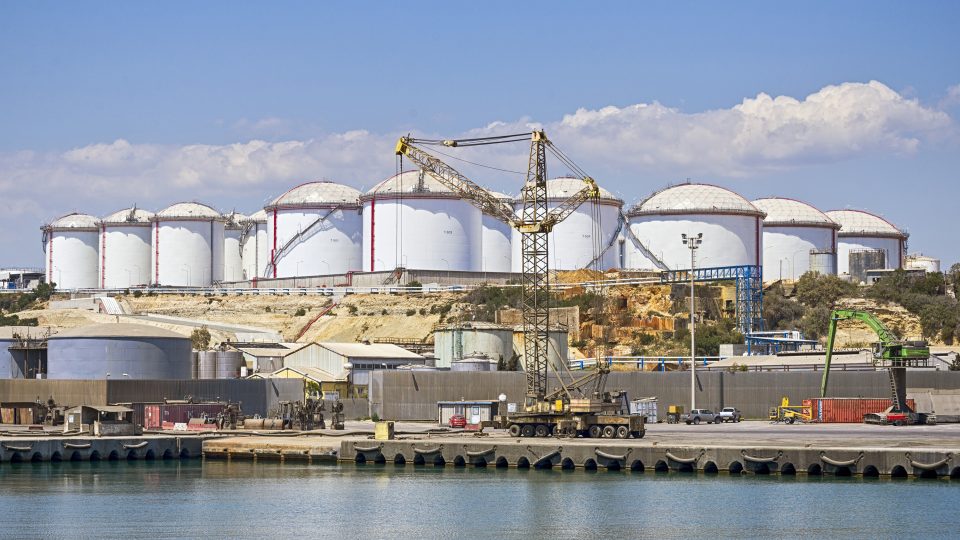 The European Investment Bank (EIB) this week gave the nod to a project for the construction of a liquefied natural gas (LNG) terminal in Cyprus to power the island’s electricity grid. Tenth time lucky? Industry insiders have their doubts.

The total budget for the project amounts to €289 million. The EIB’s decision to finance with €150m with low-interest loans triggers the payment of a €101m grant from the European Commission, which already approved the project as part of the Connecting Europe Facility programme. That’s enough to cover almost the entire cost of a site valued at around €300m. The remainder will be provided by the Electricity Authority of Cyprus and the European Bank for Reconstruction and Development (EBRD).

The infrastructures at Vasilikos will comprise a floating storage regasification unit (FSRU), a jetty for the mooring of the FSRU, pipelines, a port and other facilities.

But a few days prior, French newspaper Libération ran an extensive item posing a series of hard-hitting questions on the financial sense – and even legitimacy – of the whole project.

Citing an internal document circulated to the EIB board of directors prior to them giving the green light, the paper opined that the handling of the tender process amounted to a no-bid contract. The document stated that the other two offers had been rejected “before any detailed, technical and financial assessment”.

The two other consortia, one led by the Greek company Damco Energy, the other by the Korean conglomerate Samsung, were dismissed on compliance grounds. That left only one proposal on the table – an industrial consortium led by a Chinese public company, a subsidiary of the China National Petroleum Corporation.

Above all, the same document stated that “The price of the project puts it in the high end for such a scheme.”

It went on to explain that the Chinese consortium plans to purchase an LNG tanker and convert it to an FSRU, which is permanently moored to a jetty, receives LNG by boat, which it then returns to the gaseous state.

Citing other sources, Libération said the cost of this FSRU would come to about €200m, covering the purchase of the LNG carrier and its conversion.

“Prices above the market,” noted the document provided to the EIB. The paper said that in 2019 a similar conversion contract was signed in Croatia for under €30m. Another industry source called the Cyprus contract “grotesque”.

Speaking to the Sunday Mail, energy analyst Charles Ellinas said he’s been making these observations for a while now, and added another one: going by its track record, the Chinese-led consortium appears to lack the technical expertise to deliver the project.

“It doesn’t mean they can’t deliver, but they will struggle,” Ellinas said, forecasting that the 2022 timeline for completion now looks doubtful.

Meantime – assuming even 2022 is achievable – Cyprus will until then continue paying high ‘penalties’ on carbon allowances.

And it’s not as if Cyprus has no other option – it does. Coming out of left field, Höegh, a Norwegian company specialising in LNG and also with access to the LNG spot market, is offering to supply one of its FSRU vessels to Cyprus on a lease basis.

Company CEO Sveinung Stohle told Libération: “One of them [the FSRU], currently in Egypt, is available. We can put it into service in six months. The total cost of the project does not exceed €35m year, but would allow the Cypriot government to save €100m, according to our calculations.”

The ‘problem’ for the Norwegian outfit is that its offer wouldn’t be eligible for EU funding, given the latter no longer applies to rental contracts since a recent regulatory change.

Weighing in again, Ellinas says: “It’s rather difficult to comprehend why Cyprus is locking itself into an at least 10-year contract on the LNG terminal, with large overheads, when more flexible and short-term options are available.”

Below is a timeline of the back-and-forth on the road to 2020, the information collated and kindly provided by Ellinas.

In 2005 Golar proposed to build and operate a Floating Power Generation Plant (FPGP) by importing LNG. The plan was delayed once it was realised that legislation was required for importation, storage and use of LNG.

In 2007 Golar was granted licences. In the same year, the government looked into but then shelved plans to import Compressed Natural Gas.

Also in 2007, the government awarded Kellog Brown & Root a contract to design a land-based LNG plant. The deal went sour and ended up in a dispute.

Still in 2007, the government considered issuing a tender to import LNG. Golar offered to add supply of regasified LNG to FPGP.

The following year, the Golar deal went sour and the company initiated legal proceedings against Cyprus.

In 2009 the government decided to establish an energy centre at Vassilikos to include an onshore LNG import terminal. The idea of a floating facility was abandoned.

Also in 2009, Cyprus investigated the possibility of importing LNG directly through bilateral interstate agreements with LNG-producing countries. Egypt was visited a number of times, but the idea was not progressed.

Then in 2010 a tender was issued to build the onshore LNG import terminal and supply LNG.

In January 2011 Shell was chosen as the preferred bidder and went on to sign a preliminary agreement to supply Cyprus over a proposed 20-year period beginning 2014.

There followed heated political debates that priority should be given to potential local natural gas field discoveries and not investing in LNG imports. The claim that Cyprus would be producing its own gas within a few years scuppered the Shell deal and left Shell very sour.

In October 2012 a new tender was issued for the supply of LNG – 1.2 billion cubic metres per annum for up to five years. The key bidders who had participated in the 2010 tender did not participate here.

Next, in May 2013 Noble Energy offered to supply Cyprus with gas from the Aphrodite reservoir by installing a spar platform over the field.

In October of 2013 the LNG tender was scrapped. Itera was chosen as the final bidder but in subsequent negotiations Defa (Natural Gas Public Company) concluded the offer was unprofitable.

In December, the government rejected Noble’s spar offer, with one of the reasons being that the gas was needed for the planned LNG export plant at Vassilikos. Depending on the duration of the contract, the price was reported to be about $10 per mmbtu (million British thermal units).

Back to the drawing board: in January 2014 a new call for tenders was issued to supply LNG.

In June 2015, Defa completed the evaluation process, almost one-and-a-half years after issuing the call for tender, and said it would relay the remaining two bidders’ final financial and commercial offers to the energy minister for a decision.

The tender is scrapped in February 2016. In July of that year, the government ordered a study to look into ways of importing LNG for power generation but also broadly for industrial purposes.

Which brings us up to the current effort, the tenth in a row. In October 2018, Defa published the tender documents for the design, construction, and operation of an LNG import terminal that will be located at Vassilikos.