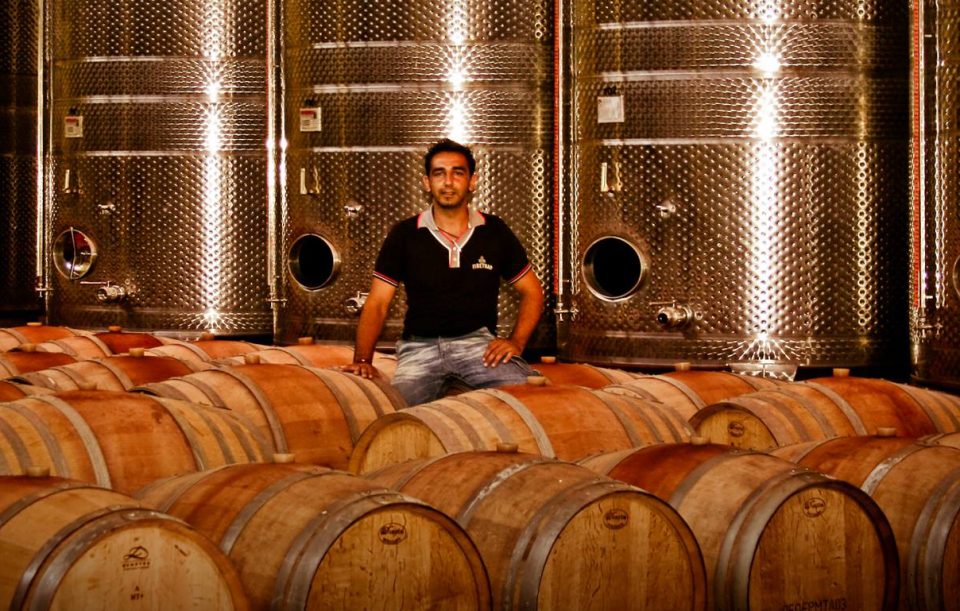 The wine industry is facing its worst crisis in memory and many wineries may not survive the fallout from the coronavirus pandemic, industry professionals have warned.

The usual markets have all but dried up and sales across the board have plummeted by at least 60 per cent leaving wineries facing massive losses, along with a raft of other problems.

These include ongoing storage problem as wine vats remain full with last year’s vintage. The wine would usually have been shipped abroad or free flowing at the island’s hotels, restaurants and bars by now.

Grape growers have also inevitably been hit with many now reliant on the government’s ‘green harvesting’ programme.

Under the EU’s wine support programme, wine-producing member states like Cyprus may currently offer financial support for a number of measures, including green harvesting – the process of removing extra grape bunches from a vine when young – which will ensure there isn’t a glut of excess grapes this year, industry professionals informed the Sunday Mail.

The programme offers compensation for growers that apply to the government and meet the criteria, Stephanos Stephanou head oenologist at Sodap’s Kamaterena winery in Stroumpi told the Sunday Mail.

“I’m not sure if it will be possible to absorb the quantity of grapes this year. Along with many others, (wineries) we contacted the government a long time ago concerning our growers and the green harvest, however, this doesn’t apply to all types of grapes,” he said.

Varieties of grapes grown in Cyprus included in the programme are: Xinisteri, Shiraz, Mavro and Carigan.

To apply, the vineyard must be registered in the Viticultural Register, be of a specific size and planted by 2015. Vineyards planted since 2016 and later are not eligible.

The plan is nationwide and has a budget of around 1.3 million euros, which Stephanou said just isn’t enough. It will be distributed at 40 per cent for Paphos and Limassol and 20 per cent for Larnaca.

“The wine industry is facing enormous problems, sales for all of us aren’t good. It’s a disaster. Coronavirus has meant no tourism which is the main source of wine sales usually through hotels and restaurants. This income has gone.”

Staff at Sodap, which is a co-operative, are trying to make space available for the upcoming harvest and will do the best for the grape growers as they are all members, he said, adding that there will be a surplus of grapes this year.

“We have some wine bottled, but most is in the vats and we need to free up space.”

At present, the main market for Cyprus wines is domestic, but sales at supermarkets in recent months were poor because wine is not a priority for Cypriots and there have been no tourists, he said.

“We can deal with the disease in grapes but not this,” he said.

Yiannis Kyriakides, of Vasilikon winery in Kathikas, said wine sales are around 60 per cent down compared with the same period last year.

“We have some wine still in tanks and some in wood barrels. For the vintage wines it’s alright, we don’t mind storing them, but white wines are a problem. Maybe we will sell some to distilleries,” he said.

If not, the winery may keep the 2019 vintage a little longer and hold off the start of production of the 2020 vintage until November or December, and perhaps even save some until March or May next year. However, even this approach is risky as the market may not be stable next year either.

“We don’t know how the situation will be next year and the harvest this year will not be like ever before. We have talked with our grape growers and told them how much we can buy, and we hope to be able to honour that,” he said.

There will be 40 per cent fewer white grapes overall this year as growers were told to cut them. However, as the winery’s white wine sells well and is popular, they face another dilemma. They don’t want to produce too little, but also don’t want a surplus of grapes either.

The smaller set ups are suffering just as much. Lefteris Mohianakis of The ‘Anama Concept, a family-run business, established in 2009 by Mohianakis and designer Kristina Apostolou, tried to stay positive, but he said that a huge chunk of the year’s sales has already been lost, and the remainder of the year may not be much better.

“It’s a matter of survival, but the market is blocked. Also we are a luxury product and the drop in sales is dramatic. We try to adapt, be patient and keep focused,” he said.

The ‘Anama Concept is an exclusive collection of wine created in line with the island’s traditional Commandaria, the most ancient listed wine in the world. Each bottle is numbered, and the ‘label’ hand crafted.

All ‘Anama vintages are non-fortified, naturally sweet wines, aged in selected oak barrels for as long as each individual vintage requires.

“We were about to launch a sister brand of fine local spirits as we are also working with distilleries, but this has been postponed due to coroanavirus. It’s affected both function and finance,” he said.

Mohianakis sold around 2,000 bottles last year. This year will be far less.

As traditional markets such as export, the wine’s website and local sales are sluggish, the couple is now setting up their small winery for visits and wine tasting experiences. People are afraid and luxuries, such as his product, have been hard hit, he said.

“The winery is beautiful, and we are refocusing on that. It’s our space too, we live there, and it’s in the middle of a forest. We will focus on the spot sales, and collaboration is also the way forward.”

The wine maker is also hoping for targeted moves by the government and the society of wine makers.

“It’s time to express ourselves and loudly. Some wineries won’t make it through until the end.”

Tales from the Coffeeshop: Cyprob back with a vengeance