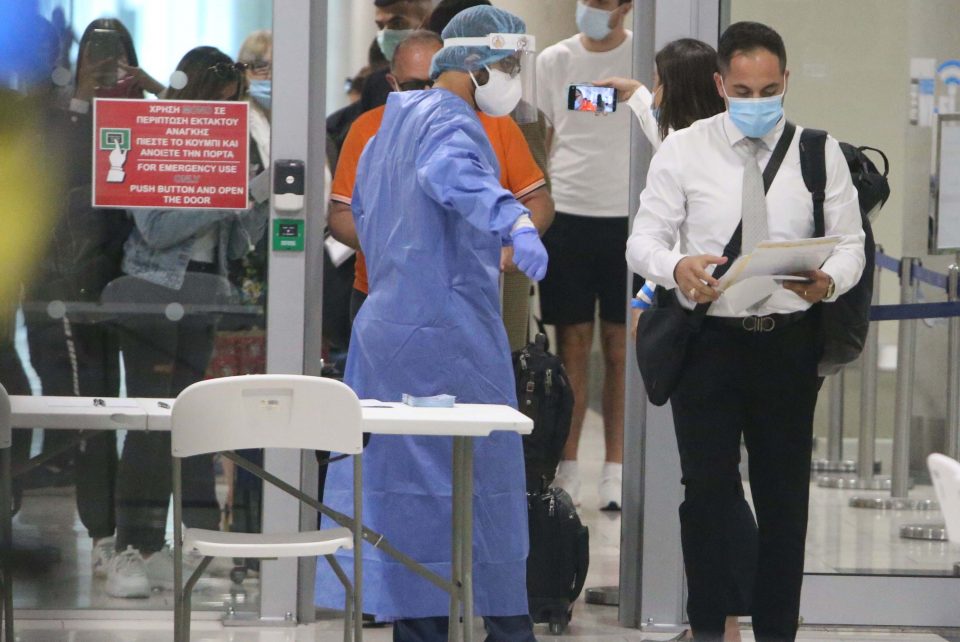 The government will introduce rapid coronavirus tests at airports to minimise the waiting time for passengers arriving in Cyprus, Transport Minister Yiannis Karousos said on Monday.

According to the minister, the results will be ready in around an hour and a half and will be intended for those who must take the test upon their arrival from abroad, mainly Cypriot nationals and legal residents who were not able to take the test abroad.

Until now, Cypriots and permanent residents arriving from countries that are not in categories A and B must go to a hotel for one day in quarantine until the result is announced.

“What will change, is that they will wait at the airport until the result is available,” he said.

He added that the tests will also be offered to passengers arriving from countries whose authorities do not offer such tests, but only after the Cypriot authorities make sure that this is the case.

“This will solve several problems without overlooking the issue of safety and health related to the coronavirus,” he said.

Commenting on the latest Covid-19 results in Cyprus all of which concern repatriated persons, the minister said that this changes nothing as regards existing plans.

“On the contrary, everything confirms the fact that we have done a very good and effective job on the issue of preparing for the opening of the airports,” he said.

Karousos recalled that as regards countries that do not belong to category A and B, where all the recent cases come from, a specific procedure is being followed. He said that it is obligatory for non-Cypriots to furnish a clean coronavirus test not older than 72 hours prior to their arrival. Cypriot citizens have the right to get tested upon their arrival, he said, adding that these procedures help control and reduce the risk of coronavirus spread from countries deemed as high-risk.

He stressed that all passengers from countries not in category A and B must remain in self-isolation for 14 days.

“The issue is to have an effective opening of airports, productive for the economy without affecting public health,” he said.

Karousos stressed that Cyprus is one of the first countries in the world to submit an action plan for airports.

“In fact, the Australian government has requested a teleconference with Cyprus, with ministers related to the opening of airports and with other EU ministers precisely because they believe that we are among the first to prepare an action plan  which we are implementing,” he said.

Professor of Microbiology/Molecular Virology at the University of Nicosia Medical School, Dr Petros Karayiannis, told the Cyprus Mail that rapid tests are accurate.

How to wear this summer’s broderie anglaise trend