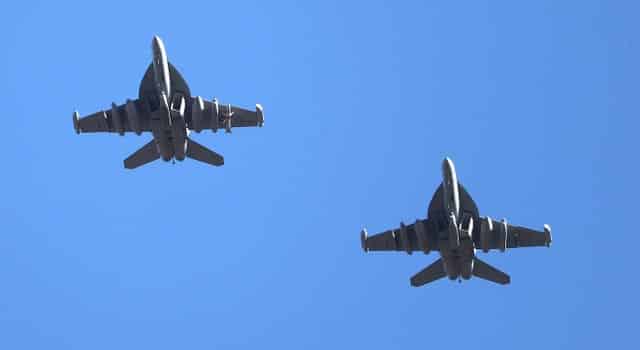 British coastguards have located the wreckage of a U.S. fighter plane that crashed into the North Sea on Monday and the pilot has been found dead, the U.S. Air Force said in a statement.

The F-15C Eagle from the 48th Fighter Wing, which was on a routine training mission, crashed off the coast of northeast England at around 0940 local time (0840 GMT). Only the pilot was on board.

“The pilot of the downed F-15C Eagle from the 48th Fighter Wing has been located, and confirmed deceased,” the squadron’s official Twitter feed said.

“This is a tragic loss for the 48th Fighter Wing community, and our deepest condolences go out to the pilot’s family and the 493rd Fighter Squadron.”

Efforts to recover the wreckage of the jet were continuing.

The aircraft was from RAF Lakenheath, the largest U.S. Air Force-operated base in England and the only U.S. Air Forces in Europe (USAFE) F-15 fighter wing. It is located about 25 miles (40 km) northeast of Cambridge.

In 2014, a U.S. military helicopter crashed on the coast of eastern England, killing all four crew on board.