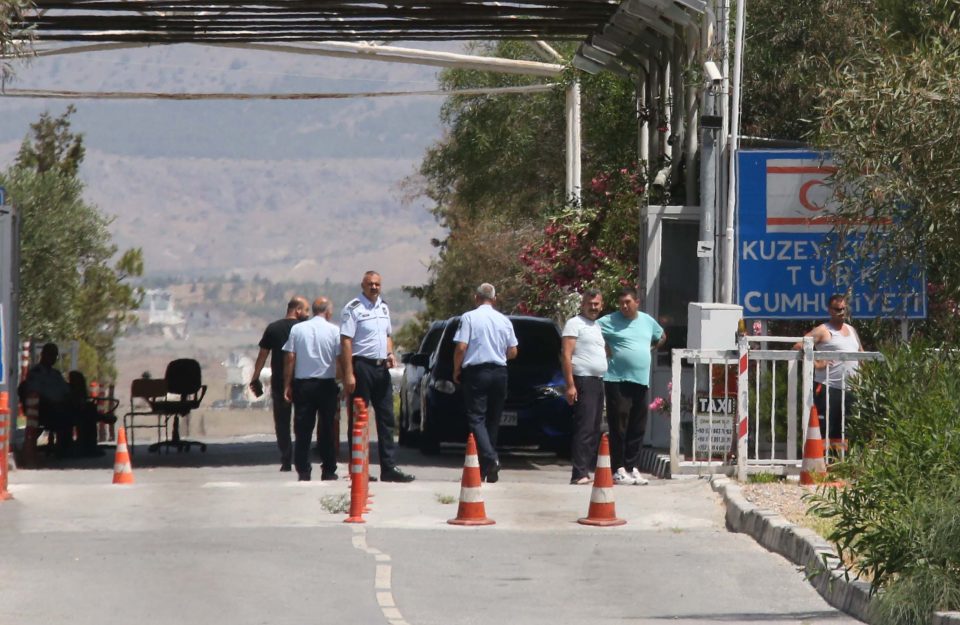 Very little movement has been allowed across the checkpoints

The state-controlled areas need to be wary over whether or not the countries from which travellers are allowed into the north are ‘red-flagged’ after flights restart there, Professor of Microbiology/Molecular Virology at the University of Nicosia Medical School Dr Petros Karayiannis said on Tuesday.

Speaking ahead of a meeting of the bicommunal technical committee on health on Wednesday, Karayiannis said since people from Turkey will be allowed into the north as of July 1, “we are especially concerned, and we will tell them [the Turkish Cypriot members] tomorrow”.

The committee is set to meet at noon after a meeting of the epidemiological council with President Nicos Anastasiades at 9am.

At the meeting with the Turkish Cypriots, via teleconference, the two sides will compare lists of allowed countries.

“Depending on which countries they will receive visitors from, we must be very careful if they are countries that we consider to be a red flag,” Karayiannis said.

If the north allows people from countries where the reproduction rate of the virus is over 1.0to enter then the Greek Cypriot side will tell their Turkish Cypriot counterparts: “are you not concerned by that, but rather you are concerned by us, where the rate is below 1.0,” he said.

The committee will also discuss what measures the north will take at entry points, including the checkpoints, Karayiannis said.

He said visitors to the north will only allowed to be able to cross into the state-controlled areas after they have filled out a form describing where they travelled from, a negative coronavirus test, and enter quarantine.

On checkpoints, he said not all the checkpoints could open at once, and some would have to open first to monitor the situation for 14 days, and then they could move forward with opening the rest.

Karayiannis also said the north has still not presented an epidemiological study, as the Greek Cypriot side did at the last meeting.

Meanwhile in the north, the issue caused by a private jet that arrived last Friday from Turkey whose passengers were not quarantined as is the rule there, caused an uproar.

On Tuesday the scientific team under the ‘prime minister’ resigned claiming the ‘government’ does not consult them, and has kept data from them to complete their study on the situation with the virus in the north.

Head of the team Sibel Siber and its two members Mustafa Arabacioglu and Ahmet Ozant all resigned.

Siber said in a letter: “Unfortunately, we failed to work in a cooperative way, as was our wish, when we undertook this position.”

She added the ‘health ministry’ did not cooperate with them at all and the ‘government’ failed has not requested to meet them for a while.

Decisions made by the ‘cabinet’ in the north are not based on scientific facts, Siber said.

Flights to the north will start on June 17 from Pegasus Airlines, and on June 20 from Turkish airlines.

Passengers will be quarantined for 14 days the ‘transport ministry’ said.

Turkey is on the category A list of countries in the north, meaning as of July 1 passengers will need to present a negative test for coronavirus no less than 72 hours old.

Noble hints at delay in plans for Aphrodite gas field

Shakespeare’s bust stolen from outside castle in Famagusta

Coronavirus: police seen as heavy-handed in dishing out mask fines