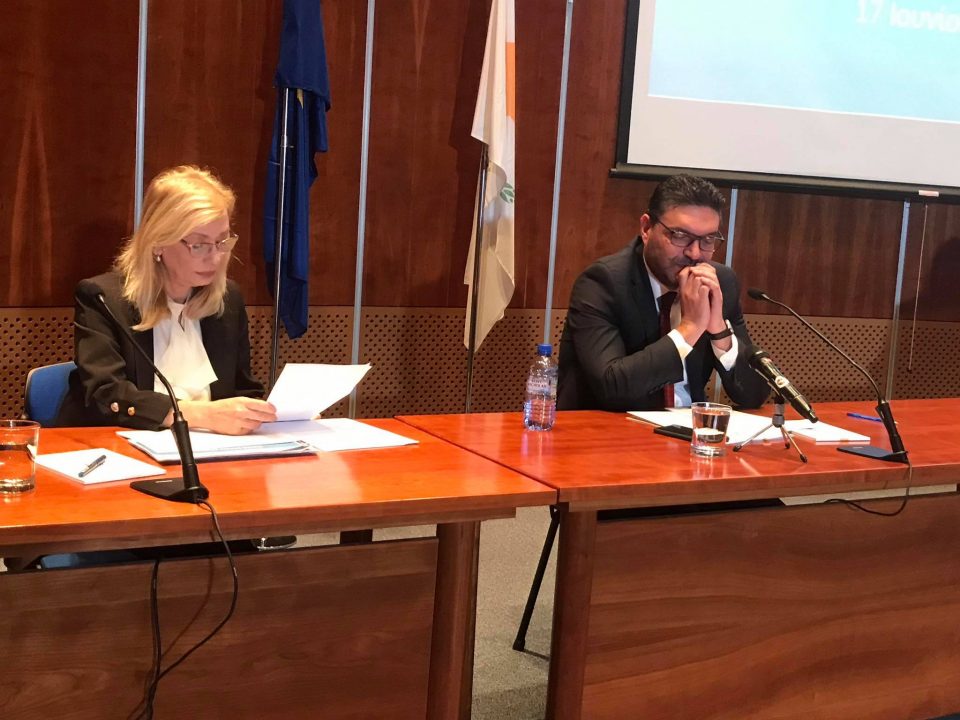 Cabinet on Wednesday approved a slew of measures set to support the economy until October in light of the coronavirus pandemic with a budget of €150 million.

This marks the third batch of support schemes the government is rolling out with Finance Minister Constantinos Petrides calling this phase one of recovery. Around 50,000 beneficiaries are expected for the five schemes announced on Wednesday which are valid from June 13 until October 12.

The government estimates the total cost of the three-part economic recovery programme to cost around €3 billion, where €1.2 billion have been slated for fiscal interventions, and €1.7 billion towards improving businesses’ liquidity.

“Without a doubt, this is one of the largest support programmes on a European level but also the largest emergency economic support package that has ever happened in Cyprus,” Petrides said during a press conference after a cabinet meeting.

Petrides also announced a cabinet decision to pay €38.1m to the European Commission as a guarantee for its participation in the Sure mechanism, an EU scheme aiming to offer loans ‘under favourable terms’ to member states as part of an attempt to help countries deal with the financial repercussions of the coronavirus.

The first scheme concerns hotel units and other accommodation for tourists, while the second offers support for businesses that are linked to tourism such as car rentals.

The third scheme concerns certain businesses that have suffered a 40 per cent loss in turnover in June and July as well as 35 per cent in August.

The fourth scheme will have government support measures for businesses that have their operations suspended due to the pandemic while the fifth scheme relates to unemployed persons who will be eligible for a lump sum of €360.

Rules this time around have been made even stricter, Labour Minister Zeta Emilianidou said. Companies applying for schemes will have to prove they have lost turnover by providing confirmation from a credible accountant.

Since the first support measures were announced, Emilianidou stressed that companies which receive government support are forbidden from firing anyone. During Wednesday’s press conference she also stressed employers cannot reduce staff working hours unless the employee consents.

So far, very few complaints have reached the ministry, she said.

According to Petrides, so far 26,000 businesses, 22,000 self-employed persons and 190,000 individuals have been helped by the government support measures.

The first scheme which concerns hotels and tourist accommodation units will have the government able to step in provided businesses have lost more than 40 per cent of their turnover in June and July.

Businesses must also be required to offer attractive packages to promote domestic tourism and these will be reviewed by the deputy tourism ministry.

People that lost their job before March 1 will be eligible for the 60 per cent government wage if they are rehired.

In June and July, those that have lost more than 55 per cent of turnover can have 100 per cent of their staff receive wage benefits provided the firms reopen and there are up to three employees.

If there are more than three employees, the government can cover 60 of the staff.

This scheme applies to businesses which between June and July lose more than 40 per cent of their turnover and over 35 per cent in August. Firms such as supermarkets, pharmacies, retailers, hairdressers, beauticians, funeral homes, betting shops and veterinary services are excluded from this scheme.

As previously, where applicable, the government will pay 60 per cent of the wages and proof of loss of turnover will have to come in the form of a report from a credited accountant.

The fourth scheme concerns businesses that have their operations completely suspended. From the period between June until August, if a company has up to nine employees, the government can subsidise the wages for all of them.

If the business has more than nine, the state will subsidise 90 per cent of them.

The government will pay 60 per cent of the wages.

This scheme applies for unemployed persons that were no longer eligible for benefits between January and June 2020.

Beneficiaries will be eligible for a lump sum of €360 for one month. People who have benefits related to unemployment, maternity, paternity, retirement of sick leave are not eligible.

Champions League to be completed with eight-team tournament (Update)