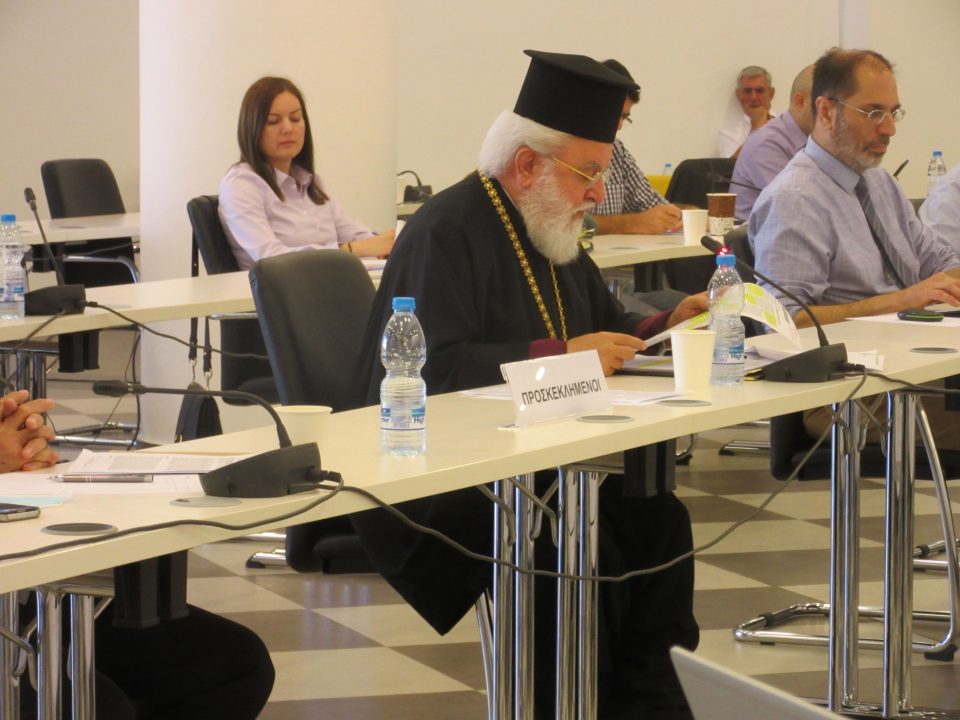 Goat farm is helping, not harming the environment, cleric says

During a lively and oftentimes heated debate in parliament on Thursday, it emerged that a goat farm – despite operating without a permit and despite being located inside a protected area – has in fact benefited the local flora and fauna.

The technically illegal farm – where albino goats are bred – was highlighted in a special report by Auditor-general Odysseas Michaelides. It’s understood the matter was brought to authorities’ attention a few years ago by environmental groups, after it was discovered by accident that the farm was obstructing a popular hiking path.

The wayward goat farm lies on land belonging to the Abbey of Kykkos and although it is private, it falls within within a conservation area known as the ‘Hanoutari Cliffs’ inside the Paphos National Park. The goats there have not been through veterinary services checks. The area also hosts the mouflon, designated as an endangered species.

The auditor-general said an application for a planning permit had been filed in 2015 but was denied. The local abbey then took recourse at the administrative court, but its petition was likewise rejected in December 2019.

According to Michaelides, the development in question never secured an environmental impact assessment, as required by law. The goat farmer meanwhile has refused to have his animals tagged.

The auditor-general is recommending that the premises be demolished.

During the discussion, however, it turned out the issue was far more nuanced.

Kykkos Abbot Nikiforos admitted the premises were operating without a licence, but said the matter has been blown out of all proportion.

The cleric suggested the auditor-general was fixated on the letter, not the spirit of the law.

Nikiforos said the living quarters inside the property, rented by the farmer, were built back in 1960.

He said that a few years ago the farmer had been driven out of another area and, facing financial ruin, asked the Kykkos Abbey to let him graze his animals.

The matter was even brought up at the Holy Synod, where it was decided that it would be wrong to turn the farmer away. The church body decided to rent out some 50 acres to the farmer for a period of 50 years.

“Yes I admit that due to ignorance we broke the law, but we did it to help a desperate man. It’s not as if we destroyed the Parthenon.”

A forestry department official said that about 1000 goats graze in the area, not 2000 as mentioned by the auditor-general.

“Why did you exaggerate, just to score points?” he told Michaelides.

The same official noted moreover that the fire hazard in the area has decreased precisely due to the goats grazing there.

In addition, the vulture has made a comeback in the location.

Other officials also said it appeared that the goats pose no danger to the mouflons and that in fact the two species are able to coexist.

For her part, Environment Commissioner Klelia Vasiliou said that on December 4, 2019, a decision was made to demolish the premises.

A few days later, she personally visited the site. She discovered why the farmer was opposed to his goats getting tagged – their ears are too small to fit the tag on.

According to Vasiliou, from the albino goat one can produce Tsamarella – a meat that is salted and cured.

She said this offered an opportunity to patent the traditional meat product.

While not disagreeing that the farm was illegal, she said that the case merits a closer look.