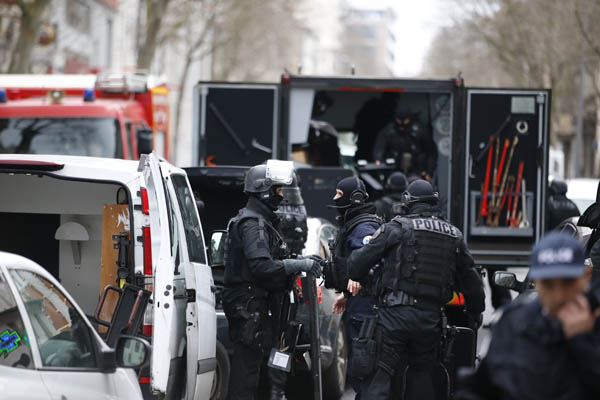 In 2015, the world was shocked by the armed attack on the offices of Charlie Hebdo in Paris. Yugoslav-made Zastava M70 rifles assault rifles were used by the terrorist attackers.

Yugoslav-designed anti-tank launchers have been found in many parts of Syria, in the hands of various rebel groups.

Bulgarian weapons exported to Turkey have been found in Libya both in the hands of the U.N. and Turkey-backed Government of National Accord (GNA).

Exports of arms from the Balkans are out of control, according to a report released on Monday by the London-based Tactics Institute for Security and Counter Terrorism.

“Weapons produced in the Balkans are often found in the hands of various non-state actors, including Salafist militias and terrorist groups. Their sale brings profit – and possible political favour – to impoverished states in the region, but also to their corrupt officials and various organised crime groups. Ultimately, these sales further erode the credibility of EU foreign and security policy, disrupting peace and stability across, and accentuating the proliferating humanitarian crises in the Middle East,” the Institute Director Thomas Charles told the Cyprus Mail in an interview on Thursday.

Much of the weapons come from a kind of black market stockpile of arms left over from the wars in the former Yugoslavia, Charles explains. “Others find their way out of the inventories of the armed forces through corruption. There is also a serious issue with the diversion of arms from legal exports to terrorist groups and armed militias in countries like Syria, Libya, Iraq – where proxy wars are fought.”

“H.S. Produkt’s VHS-1 and VHS-2 assault rifles are the national pride of the Croatian arms industry, and are also easy to recognise, due to their bullpup design. Croatian media thus had no problem identifying the rifle in online photos of Hezbollah fighters posing in Syria.  Croatia sold a total of 50.000 VHS-1 and VHS-2 rifles to Iraqi Federal Police as well as Iraqi Ground and Special Forces. How some of these weapons made their way into the hands of Hezbollah is unclear, though Croatian officials believe that corrupt Iraqi officials were involved,” the report notes.

The European Commission currently has no authority over arms exports and relies on Member States to control export licenses. Policy can therefore vary wildly from one Member State to another, Charles notes.

The horror in the Yemen, coupled with the assassination of Saudi Journalist Jamal Khashoggi, prompted Germany to impose a weapons ban vis-à-vis both Saudi Arabia and the United Arab Emirates.

“But Germany then came under immense pressure from Britain, Italy and France to partially lift the embargo for weapons systems developed by pan-European consortia, such as Tornado, the Eurofighter Typhoon, and the Airbus A330 MRTT.9,” the report points out.”

“Where there are clear violations of international arms embargoes, they can be documented, but there is no follow up, no enforcement process set in motion even with solid proof,” Charles complains.

He adds that the European Commission is in the process of developing a defence policy, and that a dedicated framework for weapons sales is emerging from this effort.

“The EU should develop a set of measures that will help member-states in implementing stronger ‘end-use’ controls to prevent arms ending up in wrong hands. The work now done by independent media outlets operating with minimum resources should be done periodically and systematically, monitoring battlefields for weapons of European providence and holding the whole distribution value change to account. Beyond European arms producers, the EU could embed trackability of small arms as a precondition to procurement, placing a broader regulatory role in global arms trade,” the report says.