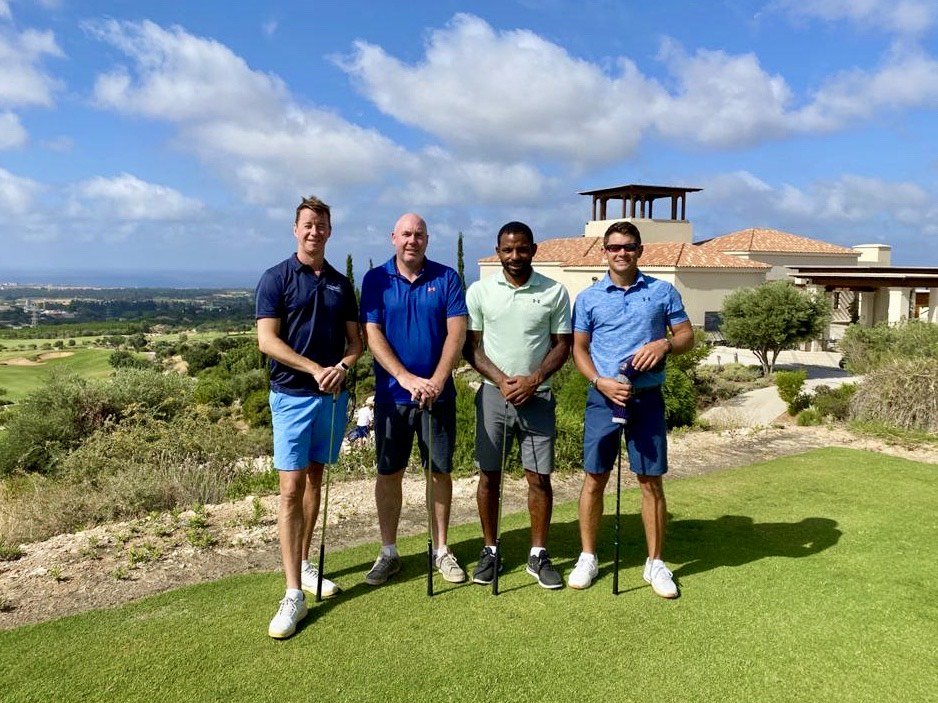 Four men, all keen golfers living in Paphos, will attempt to play 72 holes at four golf courses in Paphos on one day alone later this month, to raise funds for the Archangel Michael Hospice.

The four are taking on a tough golf challenge of playing four rounds in one day, playing from dawn until dusk to raise as much money as possible. The first will be played at Secret Valley, then Aphrodite Hills, Minthis and Elea Estate in aid of Archangel Michael Hospice in Paphos.

“Derek, Adam and I all play football together and have been friends for years and Jason has fallen in love with golf since he’s been in Cyprus. It’s great as he has some good connections for donations,” Petts told the Cyprus Mail.

The businessman’s father died of cancer last year, which gave him a first-hand insight into knowing how important palliative care is to both cancer patients and their families. The four chose the hospice as their beneficiary.

The golfers also visited the hospice in Mesa Chorio and discovered that the facility almost faced closure during the coronavirus lockdown, as donations and income from shops has all but dried up.

“We learned that the hospice relies solely on charitable donations and doesn’t receive any help from the state. So when I was approached by Derek, who took part in a similar event with Adam four years ago, I jumped at the chance,” he said.

The Archangel Michael hospice in Mesa Chorio opened in June 2015 and has nine rooms used for palliative and respite care, including two for children. It costs around €300,000 a year to operate the facility, which has already helped hundreds of patients since it opened.

On Saturday, June 27, the golfers will tee-off at Secret Valley at 5am, then play at Aphrodite Hills and Minthis and conclude, hopefully before sunset, at Elea Estates where a drinks reception and BBQ will be held.

Radio station Rock FM will follow the event and will be broadcasting live from the finish, he said.

So far, the golfers have raised €6,000 for the hospice and they hope to raise even more. The money will be used to purchase PPE, medicines, drips, nursing equipment and other vital paraphernalia, said Petts

“We all hope that by playing 72 holes and walking more than 20 miles in one day, we hope to help the hospice continue their important when they’re needed most,” he said.