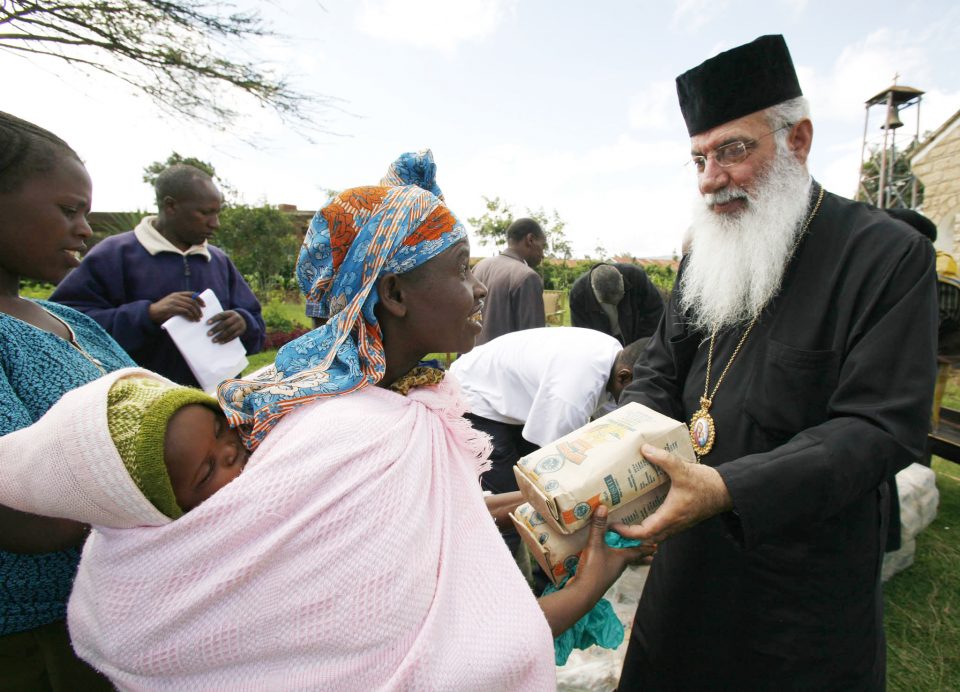 Metropolitan Bishop of Kenya, Makarios, has launched a campaign to distribute food to those affected by the economic crisis in the wake of the coronavirus pandemic.

The bishop has recently began touring the area of Nairobi and providing assistance to locals. According to his statements to the Cyprus News Agency on Thursday, the restrictive measures implemented during the pandemic led to an unprecedented economic crisis in the country with many people starving.

Makarios was assigned as Metropolitan of Kenya in February 2001. His birth name is Andreas Tillyrides.

The Christian Orthodox Seminary was established in Kenya in 1970 by Archbishop Makarios III, aiming to meet the needs of African Orthodox Christians and to spread the faith in the country.

Cyprus’ Archbishop Makarios first visited Kenya in 1956, when both countries were under British colonial rule while on his way to exile in the Seychelles where he was kept for a year.

Cyprus attained independence in 1960 followed by Kenya three years later, but it was not until January 1970 that Makarios was formally invited again to Kenya by President Kenyatta. With his permission, Makarios founded the Seminary in the capital Nairobi.

Export of arms from Balkans out of control