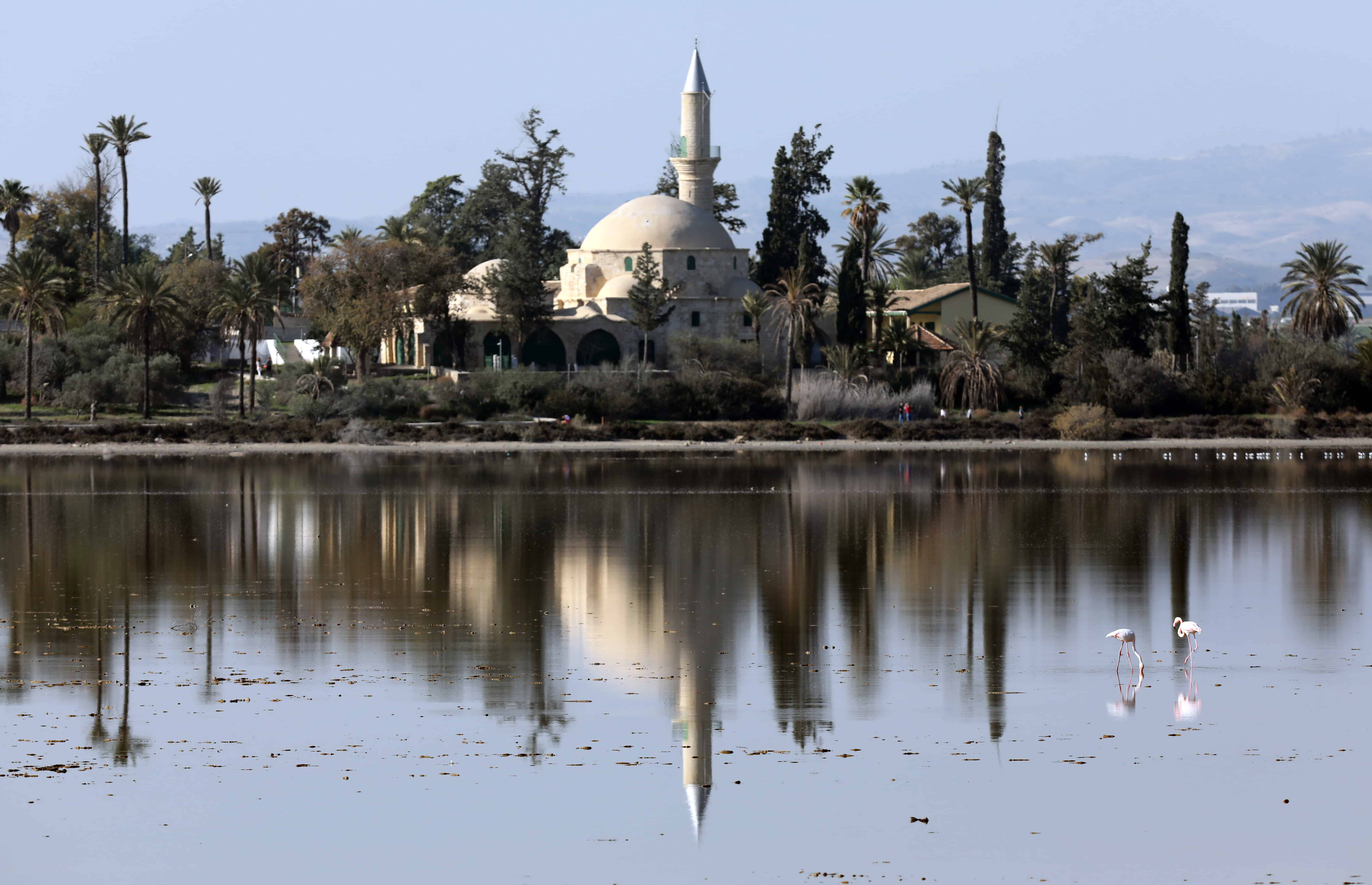 ACCESS to the tomb of Umm Haram at the Hala Sultan Tekke mosque complex in Larnaca is not restricted for non-Muslims, on the contrary, everyone is welcome, Imam Shakir Alemdar has said.

“We are only asking everyone visiting to respect the sacred nature of the space,” he said.

The Imam, who is serving at the Hala Sultan Tekke and is the mufti of Larnaca also covering Nicosia, Limassol and Paphos, refuted media reports that he has blocked access to the tomb for non-Muslims.

“We don’t block access to anyone, we ask Muslims, non-Muslims, believers, non-believers to approach the tomb in the same way, with the respect it deserves,” the Imam told the Cyprus Mail.

He explained that the tomb was a very sacred Muslim religious site and that it was standard practice throughout the Muslim world to follow some procedures before visiting a tomb, which are not being observed in this case, such as people performing ablution before entering the mosque and the tomb.

The Imam said that the room where the tomb is located, which is situated within the mosque, just like all tombs of this high calibre all over the world, must be treated with the same respect.

The Ottomans, he said, had built a gate at the back of the mosque where the tomb can be seen through windows.  He added that visitors can use that part to see the tomb or pay their respects.

“We are not restricting access, we are asking for all visitors to respect the sacred nature of the site and the fact that it is a place of worship if they want to visit,” he said. “Revered tombs are fully accessible on special occasions like Bayrams and other feasts or by special requests.”

The Imam also pointed out that despite the issue of hygiene given the pandemic situation they welcomed visitors to the mosque.

He said that inside the mosque, he had designated an area where visitors could go, and another area for people praying.

The Iman said he has been receiving many complaints and heard concerns from people praying at the mosque since many visitors enter, some with their shoes on, and walk on the carpet which people praying touch with their heads when bowing during prayer.

“It is a matter of respect and hygiene,” he said.

The mosque complex attracts thousands of tourists and pilgrims each year.

According to Alemdar, Hala Sultan Tekke , being one of the most important monuments in the island,  the antiquities department should be responsible for its maintenance and upkeep, but the administration of the Hala Sultan Tekke as a place of worship and a sacred site, can never be a job of any antiquity department.  The administration of all places of worship is and should be the responsibility of the clerics, he said.

“Hala Sultan Tekke is an important cultural heritage site for all humanity, but it is not a museum, it is and will always be a place of worship and a sacred site,” Alemdar said, adding that people go there to pray, and visitors need to respect the sanctity of the place.

The tomb is known to belong to Umm Haram, Prophet Muhammad’s wet nurse who was killed on that spot after falling from her mule. She was the wife of one of the most high-ranking officers of Caliph Moawia, who led two raids against Cyprus in 649 and 650 AD.

It is revered as one of the most holy sites for Muslims since it is directly linked with Prophet Mohammad.

Due to the recent vandalism at a Limassol mosque and the flag incident at Tuzla mosque, the Imam has called on authorities to also provide round the clock security outside the premises.

Brazil passes 1 million coronavirus cases with no end in sight