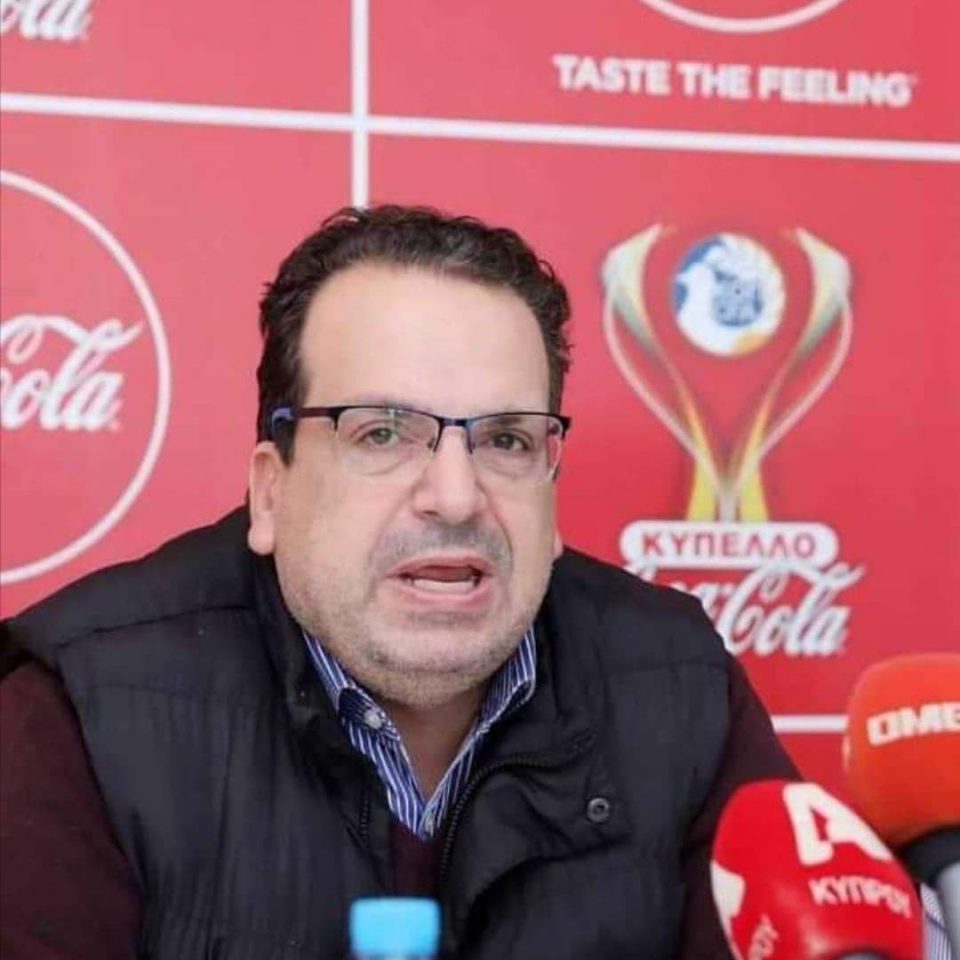 The year is 1971. Rolls-Royce goes bankrupt and subsequently nationalised. Apollo 14 lands on the moon and successfully returns to Earth. Led Zeppelin play ‘Stairway to Heaven’ in a live performance for the first time. And a man named Noel McFarlane, a former Manchester United player from Bray who had played under Matt Busby, takes over as manager of Digenis Akritas, a Cypriot club from Morphou. Earlier that same year, Digenis, managed by Cypriot manager Costas Talianos, faced AC Milan at the San Siro during the inaugural year of the UEFA Cup.

When Chris Sofroniou, the current chairman of Digenis Akritas Morphou, speaks about the club’s famed past there is genuine reverence and affection in his words, despite the calm and measured delivery. “Digenis was the first club to represent Cyprus in the UEFA Cup”, he said. “And, along with ASIL Lysi, another refugee club, were the first teams on the island to play on a grass pitch”, he added.

Sofroniou’s path into football was as predetermined as they come. “I was born and raised in the UK until I was 11. Football was part of everyday life. I was so very attracted to the English game”, Sofroniou said.

As for the connection to Digenis, like most children of immigrants growing abroad, it’s all about the family’s roots. “We are originally from Morphou. I was always told the story about the club’s first clubhouse being right next to our family’s house. My great grandad was one of the founding members in 1931”, Sofroniou said.

I asked him how his involvement with Digenis got elevated from a supporter to a board member. The story goes back to the 1980s and the family’s return to the island. “I was so hooked on getting involved with Digenis that at age 13 I simply turned up at the old GSP stadium and wanted to train with the first team”, Sofroniou said.

“Two great mentors of mine, Charilaos Charilaou, who captained the team against AC Milan in 1971, and Giorgos Chrysanthou, were involved with the team at the time. They decided to restart the Digenis football academy”, he added.

In the late 1960s, Chrysanthou would go around the various Morphou villages and identify talented players. His scouting prowess helped create the 1968 team which would be inducted into the CFA. Charilaou is also a key figure in Digenis’ history. Besides playing for the club as a defender, his involvement was crucial to Digenis’ survival. Even after the invasion of 1974, Charilaou kept going, helping the club as a trainer, player, admin staff, everything. “His wife would also help wash the kits!”, Sofroniou told me. You can’t help but miss the days when such selfless romantics weren’t a rarity in football.

Sofroniou joined the newly restarted Digenis academy and has been involved with the club ever since. “I joined the board in the early 2000s. I’ve served for about 20 years with a small interval of 2 years. I was vice president when we reached the cup final in the 2004-2005 season”, Sofroniou says.

He is of course referring to Digenis’ remarkable season under coach Marios Constantinou. Though the club would lose the final to a superior Omonoia side, it would be one of the highlights of the club’s modern history.

The club had been relegated in 1978, 4 years after its displacement and the loss of its stadium in Morphou and found itself in danger of dropping to non-league football in the 1980s. They managed to stay after winning the last game of the season against Neos Aionas Trikomou, the oldest club in Cyprus. Neos Aionas was founded in Trikomo in 1900 and was dissolved in 1992 after running into financial problems.

Digenis managed to get back to the first division in 2002 after hiring Marios Constantinou. “He did a great job”, Sofroniou said. “Unfortunately, the team went back down in 2008. We played against Olympiakos Nicosia on the last day. We needed a win, they needed a draw, and we ended up drawing”, Sofroniou added.

Financial problems followed after Digenis got relegated. “We tried desperately to return to the first division for the next 2-3 years. We over-budgeted and this caused problems. We dropped to the third division soon after”, Sofroniou explains.

These were dark times for the club. “We mainly played with young players. In 2011 we played 14 and 15-year-old children. Surprisingly, we stayed up that season”, he said.

“We had a debt of about a million”, Sofroniou told me. “We slowly rebuilt the finances. Now our debt is almost fully repaid”, he added. It’s an extraordinary tale of survival.

I asked him about the fans and how much support they’re receiving. “Digenis is a well-liked club in Cyprus. However, the people of Morphou mostly return with the successes of the club. Being displaced and playing away from Morphou, with all that entails, doesn’t make it easy to attract and retain attendances”, Sofroniou said. “We need the people of Morphou to help us and support the team”, he added.

Sofroniou is keen to stress that Digenis is far from a one-sport club. “Digenis is more than a club. We had a history of music, of bands, scouts, basketball, a lot of things. We were an educational club before 1974”, he said.

I asked Sofroniou about the basketball division. While Digenis has a long history in the sport, financial limitations meant the temporary suspension of the division. “We reinstated the basketball division of the club. We made some good signings this year and participated in the third tier of Cypriot basketball. We finished top with Anorthosis and, before the coronavirus outbreak, were about to have a play-off game to decide who would be promoted. After the lockdown, the federation decided that both clubs would go up. Now two refugee clubs will move up to the second tier. A successful year for us”, Sofroniou said.

I asked Sofroniou about the club’s academies and the work that’s being done in the background. Their significance is fully acknowledged by Sofroniou. “Our academy has 250 children in football and about 100 in basketball”, he said. “We keep the spirit of Morfou alive when the kids play for us with the crest on their chest. We keep the spirit of the team alive until we return where we belong”, he added.

Sofroniou spoke on how the academies fit into their overall model. “We are very careful with our budgets. We want to develop our own talents”, he said.

The club’s good relationship with former professionals like Goran Petkovski and Vesko Mihajlović has helped. “They’ve aided us in this endeavour”, Sofroniou said.

“We want to help our homegrown talent. We have 16 and 17-year-olds training with senior players. The first team coach and other staff members visit the academy 1-2 times a week to identify talent. It’s important we don’t miss out on this aspect”, he added.

I asked him about the talent pool in Cyprus, both in terms of coaches as well as players.

“Unfortunately, many of the coaches are there to make a second salary in Cypriot football. Through my business, educational consultants and sports scholarships, I see the whole approach and mentality is very different to that in the UK. Cypriots have to start applying a different approach”, Sofroniou said.

“The biggest catastrophe is the interference of parents. The only way talented players and other athletes can succeed is if they have the right mentoring. If parents continue to influence things they only create negativity and friction, sometimes even with the kids themselves”, he added.

He admits that some coaches can go too far. “Yes, to strict guidelines and discipline, but you can’t be too explicit with young children. On the other side there is the dominance of Cypriot parents. The truth is somewhere in between”, Sofroniou clarifies.

Sofroniou is also disappointed with the way the CFA handles some aspects of Cypriot football. “This year we negotiated with the CFA on how to improve the second division. We put together an agenda. A few of us with experience in management approached the CFA president but it’s a disgusting situation. They decided to change the entire format of the second division without even asking us. Our so-called representatives don’t even listen to us”, Sofroniou said.

In reference to the U19 league and the CFA’s decision to not promote three clubs as expected, which would include Digenis, Sofroniou said that “some parents have even made formal complaints to the Commissioner for Children’s Rights”. Sofroniou added that he “had well-meaning people who wanted to get involved with Cypriot football but saw this and decided it’s not worth it. We feel let down by the federation.”

A storm in a coffee cup or really racist branding? (with video)