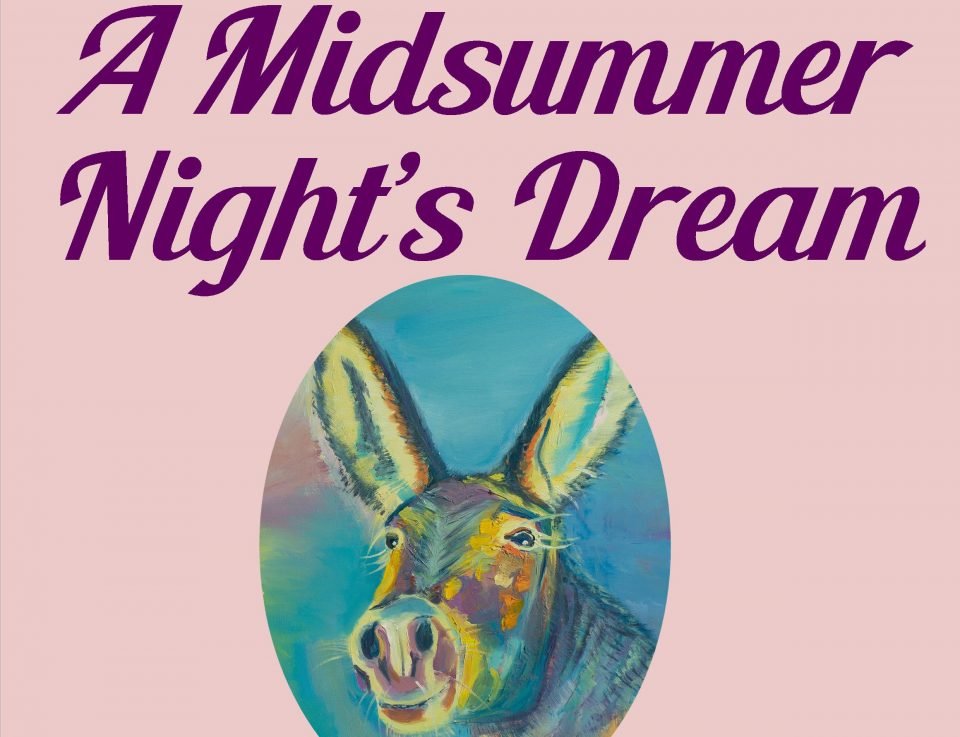 This is the play which inspired director John McTiernan to set 1988 blockbuster Die Hard over the course of one night; informed Henry Purcell’s celebrated opera The Fairy Queen; and was slated by renowned diarist Samuel Pepys, who – though he professed to enjoy the dancing and the women – suggested it was ‘the most insipid ridiculous play that ever I saw’. How wrong he was!

A Midsummer Night’s Dream has gone on to be one of the Bard’s best-loved plays, a mesmerising comedy in which characters’ hopes, dreams and plans fall apart – only to be salvaged at the last moment. Much like, it transpires, this year’s production of the play by the Performance Arts for Cyprus Charities, who have had to contend with their own host of challenges in staging the annual Shakespeare at Curium…

Consistently held at the end of June, this year’s SAC has had to be pushed back beyond a whole month to allow for the lifting of as many restrictions as possible, according to Publicity Officer Sian Fryett. “Due to the lockdown, we initially took a decision to postpone the performances. We needed to ensure the lockdown was over, and that people were comfortable with coming to the play.”

Health Minister Constantinos Ioannou has recently resolved many concerns, and announced the reopening of open-air cinemas and theatres: “We all need to realise that if we keep the self-protection measures such as a two-metre distance and the other measures we have announced, there is no reason for concern,” the minister said.

But social distancing brings its own set of challenges for the informal, open-air seating at Curium: reduced audience numbers are also on the cards, according to Transport Minister Yiannis Karousos. Visiting the site recently, the minister suggested that “Ancient Curium has a capacity of around 1,700 people, so we can think of reopening to events scheduled on site, maybe with 500 or 600 people.” Which means that while A Midsummer Night’s Dream will be going ahead – albeit a month late – the proverbial ‘book early to avoid disappointment’ is now the rule rather than a recommendation!

Taking place on July 23, 24 and 25, A Midsummer Night’s Dream will now certainly be playing to smaller numbers than usual. “We’re aware that we’ll be playing to a smaller capacity than usual,” says Sian. “But we’re just glad to be going ahead. In 2018 we had to abandon our annual performance for the first time in over half a century when we couldn’t make up a cast – and that was also going to be A Midsummer Night’s Dream! So when we initially heard about the lockdown, cast and crew were all very disappointed…”

The frustrations, however, didn’t put a stop to rehearsals. “Throughout the lockdown we held rehearsals on Zoom in the hope that we’d be able to go ahead,” Sian reveals. “Fortunately, the play lends itself perfectly to small groups working together – the lovers, the mechanicals, the fairies – and we were able to rehearse online two or three times a week. It gave everyone a really good chance to learn their lines!” she laughs, “and allowed for a good bit of character work as well.”

As measures have slowly lifted, the cast have been meeting in person: working in groups of 10 or less as per the government instructions. And now, with performances just a month away, this cultural institution will open at the end of July to, if not a packed house, then certainly a highly appreciative audience!

“A Midsummer Night’s Dream is an exploration of dreams and reality,” says director Paulina Isakharova, who has been working with the cast throughout the measures to ensure a performance as perfectly polished as one would expect. “As in our daily life everyone we meet is living in their own story and each event has multiple perspectives; all characters live within the rigid expectations of their society and the world of their dreams which reveal to them their deepest desires and fears…”

Star-crossed lovers, magical moments and hilarious happenings: A Midsummer Night’s Dream promises the ultimate diversion for audiences too long confined. Revel in ancient Athenian mishaps and arboreal confusions as our four paramours (Hermia, Helena, Lysander and Demetrius) and six rude mechanicals (Quince the carpenter, Snug the joiner, Bottom the weaver, Flute the bellows-mender, Snout the tinker, and Starveling the tailor) tangle with the King and Queen of the fairies. It’s exactly the sort of escapist entertainment we need!

The 2020 Shakespeare at Curium takes place on July 23, 24, and 25 – curtain up at 8.15pm. For more information, visit https://www.shakespeareatcurium.com/ Tickets are €20 for adults and €5 for under 12s, and are available from www.soldouttickets.com. Tickets must be booked and paid for in advance. Audience numbers will be reduced to allow for social distancing, so early booking is essential. Tickets on sale from June 29

Zanardi in serious but stable condition after handbike accident