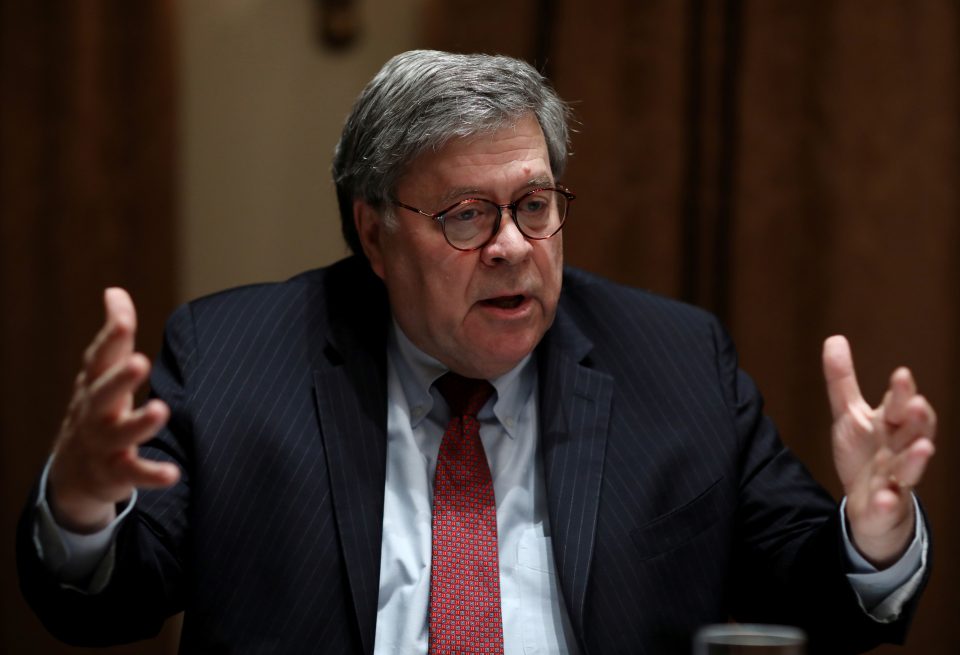 A top U.S. federal prosecutor whose office has been investigating President Donald Trump‘s personal lawyer, Rudolph Giuliani, on Friday refused to step down after the administration abruptly said it was replacing him.

The dramatic standoff marks the latest in series of unusual actions by Attorney General William Barr that critics say are meant to benefit Trump politically and undermine the independence of the Justice Department.

It also comes as Trump seeks to purge officials perceived as not fully supporting him. In recent weeks he has fired a series of agency watchdogs, including one who played a key role in Trump‘s impeachment earlier this year.

Barr, in a surprise late-night announcement, said the U.S. Attorney in Manhattan, Geoffrey Berman, was stepping down and that he would nominate Securities and Exchange Commission Chairman Jay Clayton to take Berman’s spot.

Berman, who leads a powerful office known for prosecuting high-profile terrorism cases, Wall Street financial crimes and government corruption, said he first learned of the move from Barr’s press release and would not go quietly.

“I have not resigned, and have no intention of resigning my position,” Berman said in a statement. “I will step down when a presidentially appointed nominee is confirmed by the Senate. Until then, our investigations will move forward without delay or interruption.”

A Justice Department official, asked about Berman’s refusal to leave the post until a successor is confirmed, told Reuters the “timeline remains the same” as Barr laid out in announcing the replacement.

Since being appointed in January 2018, Berman has not shied from taking on figures in Trump‘s orbit. His office oversaw the prosecution of Michael Cohen, Trump‘s former personal lawyer, indicted two Giuliani associates and launched a probe into Giuliani in connection with his efforts to dig up dirt on Trump‘s political adversaries in Ukraine.

Prosecutors have not accused Giuliani of wrongdoing.

Berman’s abrupt attempted dismissal came as the Justice Department asks a federal court to block publication of a book by former National Security Adviser John Bolton, whose claims include an allegation Trump tried to interfere with a probe overseen by Berman’s office.

“This late Friday night dismissal reeks of potential corruption of the legal process,” Senator Chuck Schumer of New York, the top Democrat in the U.S. Senate, wrote on Twitter. “What is angering President Trump? A previous action by this U.S. Attorney or one that is ongoing?”

Berman replaced Preet Bharara, who was himself fired as U.S. Attorney in early 2017 soon after Trump became president. Bharara, an outspoken critic of the president, said the timing of the push to replace his successor was strange.

“Why does a president get rid of his own hand-picked US Attorney in SDNY on a Friday night, less than 5 months before the election?” Bharara wrote on Twitter, referring to the upcoming U.S. presidential election in November.

But it was not clear whether Barr can force Berman out.

Berman was never confirmed by the Senate, the usual process for appointing U.S. Attorneys, and was instead appointed by the judges of the district in accordance with a U.S. law that says he can serve until the vacancy is filled.

Steve Vladeck, a professor at the University of Texas at Austin School of Law, said the vacancy needs to be filled by someone who is Senate-confirmed or chosen by a judge. Carpenito, Vladeck wrote on Twitter, is neither of those. But Vladeck also cited a conflicting law that gives the president the authority to remove U.S. Attorneys.

Before Clayton joined the SEC, he was a lawyer specializing in mergers and acquisitions at Sullivan & Cromwell. He is seen as a bipartisan consensus-builder during his time leading the SEC.

The Justice Department official said Clayton, who had been planning to leave the administration and return to New York, “expressed interest” in the U.S. Attorney role in New York, and Barr “thought it was a good idea.”

Barr’s announcement comes less than a week before Nadler’s committee is set to hold a hearing where Justice Department officials are set to testify about political interference at the department.

Earlier this year, Barr intervened to scale back the sentencing recommendation for longtime Trump ally Roger Stone, prompting all four career prosecutors to withdraw from the case in protest.

Is this coffee cup racist?