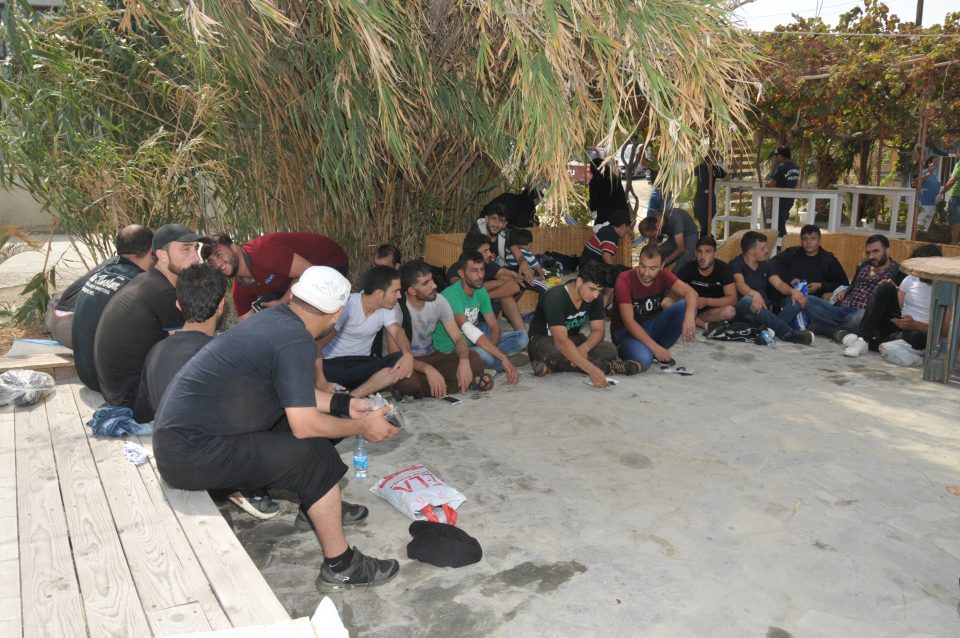 The government says 3.8 per cent of the island’s population is asylum seekers. In a press conference on Friday when he announced the new measures, Interior Minister Nicos Nouris said the number of arrivals to the island reached 34,000 “almost the entire population of Paphos”.

The measures include cutting down on student visas for third-country nationals, a clampdown on sham marriages and creating a list of 21 safe countries whose nationals will not be considered for asylum.

Whatever the efficacy of the measures, proper integration for existing refugees and migrants remains crucial.

“A lot of these migrants, did not go to school, grew up in violence, carry their own traumatic experiences and all you give them is €200 coupons and €100 for rent. They get sent off to make do on their own and then one day we realise there may be problems,” head of migrant support group Kisa, Doros Polykarpou told the Sunday Mail.

At the moment, an individual asylum seeker can receive a total of €361 per month. This is broken down in €186 for food, clothing and footwear coupons, €75 as an allowance for electricity, water and minor expenses in the form of cash or cheque and a rental allowance of €100 paid directly to a landlord on the basis of a signed lease agreement.

After one month they are allowed to look for work in limited fields such as agriculture, waste management, cleaners or food delivery.

Though the number of migrants arriving on the island began increasing in 2017, Kassinis says “Cyprus was not prepared for this inflow.”

This was not only in terms of the reception centres but in managing all the intricacies in supporting the migrants.

“Social welfare was struggling to manage its existing caseloads and so was understandably overwhelmed by the large number of asylum seekers that also became their responsibility to sustain,” she added.

The latest UNHCR factsheet published on April 1 points out that 1.46 per cent of the population, translating to 12,410 individuals have already been granted international protection in Cyprus since 2002. The remaining 2.35 per cent, or 19,960 of applications are pending.

This means that asylum seekers are 2.35 per cent of the population. The government quoted 3.8 per cent appears to comprise both asylum seekers and those whose application has been reviewed and been granted a protection status.

In some areas, the pressure of numbers and lack of integration measures have spiralled into violence including knife crime.

Where violence is concerned, police spokesman Christos Andreou told the paper that “in some areas with migrant clusters, an increase in crime has been observed.”

Chlorakas is a case in point. In recent months, residents – both local and refugees that have long settled into the village – have voiced concerns over gangs in the area consisting of recently settled, mostly young male Syrians.

“This is not to present something in a racist manner but for instance, in some parts of the Middle East, carrying a knife in daily life may be a normal way of life. In Cyprus this is forbidden,” Andreou said.

Though police stepped up the presence of officers in the area, Andreou said they also established direct communication channels with members of the migrant groups.

“We are trying to inform these groups. They might not think certain acts are a crime.”

It is not a matter of pointing fingers, the spokesman stressed. Police are now in the process of preparing flyers outlining some of these issues in Arabic and perhaps in more languages in the future.

Since police started taking action, the issues have actually decreased, Andreou told the Sunday Mail. He likened the case to old town Nicosia in the past where there were concerns of increased crime. Police carried out the same action, increasing police presence and establishing channels of education, and crime has decreased in the area, he said.

“If refugees are given the opportunity to learn the language, have access to vocational training and the job market, be accepted for who they are, and feel that they belong in their new community then integration can be achieved. And this will be a win-win situation both for refugees and the local society.”

Indeed, it is when they feel marginalised that they pose the greatest risk, Polykarpou said.

That more needs to be done, is not disputed by any of the stakeholders. Indeed a national strategy on the integration of migrants has been pending since the last one ended in 2012. This year, a new one is expected to be finalised.

At the moment, local authorities utilise European programmes which co-fund schemes along with the interior ministry aiming at allowing migrants to integrate into society.

Though important and useful, Polykarpou calls them a drop in the ocean. Emilianidou said the problem is that they lack continuity and are for a limited amount of time. They are not offered as part of a cohesive, broader strategy.

Nonetheless, Kyriacos Pierides, a member of the Open Society project implemented in Larnaca and Paphos, which deals with the integration of third country nationals said there are three main issues migrants face: housing, access to the job market and the language.

“These people need to work. Contrary to public opinion, they don’t want to stand in line and get vouchers. They actually want to work,” Pierides told the Sunday Mail.

“There is a serious need for them to learn the Greek language. These people want to participate in society and integrate.”

Though there may be problems, Pierides stressed that this is not something out of control and not something which cannot be tackled.

“Worrisome trends of labelling refugees as a threat are stoking fear and are not conducive to a welcoming environment – a prerequisite for the smooth integration of refugees,” Strovolidou said.

“Integration is a process. It is about what you can do to bring people closer. How to utilise differences. This doesn’t exist here,” Polykarpou added.

Earlier this week, as part of the Open Society project, Larnaca municipality organised a tour in a bid to allow migrants to become acquainted with local culture. The excursion took them to Lefkara, the salt lakes, the Hala Sultan Mosque and Choirokitia as well as a tour around Finikoudes, the Mediaeval Castle, the Church of St Lazarus and the Zachouri and Kepir Mosques.

Through the 18-month project which began last year, it “allowed us to set up something which was missing…channels of communication,” Pierides said.

“For the first time we spoke to them and heard their problems.”

The project received €100,000 in funding for Paphos and Larnaca.

It’s all about weathering the storm

Our foreign policy is one of wishful thinking and repetitive sloganeering