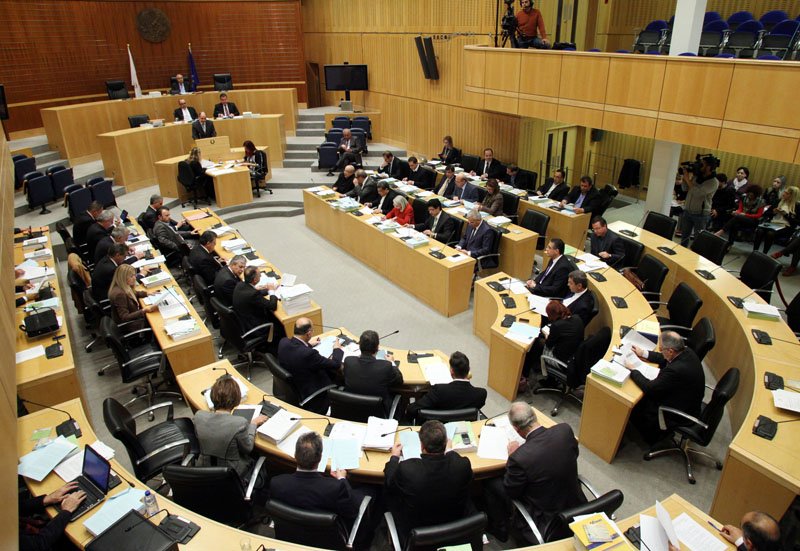 The ongoing difficulty consistently encountered in securing a harmonious cooperative relationship between the executive and the legislative arms of the state, safely leads to the conclusion that there is something fundamentally wrong with Cyprus’ constitution.

The phenomenon of the executive, embodied in the directly elected president and the ministers he appoints, being unable to implement its pre-election undertakings because it lacks the legislative power to enact the necessary legislation, is fairly common. This weakness often forces the government into “compromises” that clash with its pre-election pronouncements or, worse, into a “barter” that entails “offerings”, in exchange for the desired “consensus”.

The history of the Republic since 1960 is full of examples of small, marginal political parties playing a leading role in formulating policies on critical issues that impact the future of the country. In fact, these parties have, on numerous occasions, unabashedly claimed that they play a “decisive role” in shaping the political developments in Cyprus.

I have never been able to understand how these marginal parties find the guts to distort the choices made by the electorate or to effectively blackmail the government, in return for a concrete and tangible consideration. My position is that democratically elected governments should have a reasonable chance of enacting the necessary legislation to implement their political choices and pre-election pledges.

In the United Kingdom, this objective is attained by all the seats in the House of Commons being taken by the “first-past-the-post” candidate, in each one of the 650 constituencies of the country, i.e. by the candidate who gets most of the valid votes cast in a given constituency, irrespective of the percentage of the votes taken in relation to the total votes cast. Another democratic system of securing a governing majority in parliament is the setting of a minimum entry level, in terms of the total votes secured by a given party at the national level. At three perc cent Cyprus has one of the lowest percentages.  In Germany, for example, the minimum is five per cent.

However, beyond the necessary changes in the electoral system to eliminate the disharmony that arises today between the political power of the executive arm of the state and the political power of the legislative arm, one easy way of at least mitigating the problem would be to hold the presidential and the parliamentary elections simultaneously. Such an arrangement would have the added advantage of containing the cost and the inevitable disruption of the two elections. Indeed, we should not rule out the option of holding all elections, including these for the European parliament and local government, in one go thus securing four “products in one … package”.

The simultaneous holding of all elections would address the problem arising from Cyprus being constantly in a run-up-to-an-election mode and would prevent the voters from viewing the parliamentary elections as an opportunity to cast a “protest vote” against the government.

Under the logic outlined above, the small, marginal parties would have to be absorbed by the larger parties, thus acquiring a voice within the larger parties and influencing the policies adopted by those parties. For example, I do not see why the two large parties of Cyprus should not have environmentalists within their ranks, who would influence the policies followed by each party in relation to the protection of the environment.

Of course, the serious problem is the adverse reaction on the part of many active politicians to any suggestion for a constitutional change. The typical politician is dying to become the chairman of a political party, dying to appear in the mass media daily and to be in a position to boast that they carry enough weight to tip the balance. The consequences of this absurd arrangement are inevitably felt by the electorate. The politicians, who are housed by small political parties, are consumed in discussions on how to secure their presence on the political scene, in the hope that they will be offered (always for a consideration) a ministerial post and even the opportunity to climb to the highest political position in the land.

This is an issue which impacts the whole of Cyprus and should be taken into account at the stage of formulating the federal constitution. As I have argued in the past, a weighted electoral system standing on a common electoral platform will resolve many of the problems that will probably arise, if the executive and the legislative powers of the federated states (comprising federal Cyprus) would have diametrically opposed political views and positions.

I also plead with those who care about the future of our country to reflect and take a position on this fundamental constitutional issue, which castrates the executive and, as proven in practice, promotes corruption, populism, favouritism and an attitude of give-and-take. Amongst our compatriots there must be academics, journalists, lawyers, accountants, scientists, members of business and labour unions and active citizens who care about this land.

‘Council of ministers’ to meet in north over crossings, arrivals from Turkey