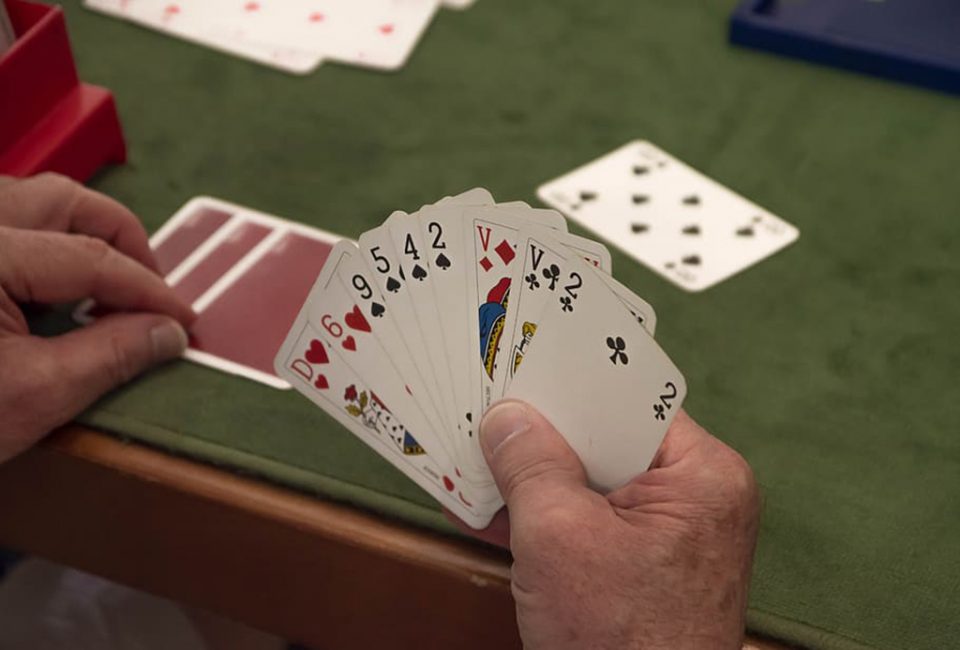 In 1997, chess-playing computer Deep Blue beat world champion Kasparov. It was the beginning of the AI game-playing revolution. By 2017, machines were wiping the floor with humans in almost every mindsport around: AlphaZero taught itself to master games in a matter of minutes, and became a shogi champion after eight hours of play; AlphaGo played three games against Ke Jie, the world’s number 1 ranked go player, won all three, and was promptly retired to make way for more futuristic machines; and, after 120,000 hands of No Limit Texas Hold’em against four poker professionals, the Libratus AI system was up by $1.7 million. “I felt like I was playing against someone who could see my cards,” said one of the human contestants. “It was just that good.”

When it comes to mindsports – games based on intellectual ability as opposed to physical exercise and possible contact – we humans haven’t a hope. Chess, go, shogi, poker, draughts, backgammon – AI wins them all. Except for one. There’s one mindsport at which a computer has never been able to beat a human. Bridge.

In 1992, top bridge player Zia Mahmood offered a £1 million bet that no four-person team of his choosing would ever be beaten by a computer. Four years later, he withdrew the bet, unchallenged. In 2009, expert bridge player Phillip Martin began a four-year project in which he played against the champion bridge programme, Jack. Martin won every contest by large margins.

So why is bridge, a game whose popularity has been fading over the last few decades despite its host of celebrity devotees (including Bill Gates, Warren Buffet, and James Bond himself, who chalked up 7C redoubled in Moonraker!) such a challenge for artificial intelligence?

Well, for start, bridge isn’t just about endless computations, says Errikos Leonidou, Treasurer of the Cyprus Bridge Federation and a long-time bridge aficionado. It’s about human psychology. “A big part of bridge is deciding on why an opponent took or didn’t take a particular action,” says Errikos. “And this needs not just an understanding of the game, but also of the player’s character and situation, their skill level, the form of scoring, the state of play, their basic approach, chosen method of bidding, and defensive carding methods.

“You also need to factor in your partner,” he continues, “because bridge is always played in pairs: partners taking on another couple, striving to outbid, outmanoeuvre, and out-trick their opponents. And that requires an in-depth knowledge of your opposite’s character.”

Plus, there isn’t as much interest in developing AI for bridge as there is for chess or go. “Bridge is dying out to a certain extent,” says Errikos, “and it does tend to be seen as an older person’s game.” Here in Cyprus, Errikos estimates the average age of bridge players to be 50 plus. While card games such as poker and pilota are favourites with all ages, bridge is often seen as game for retirees. “Millions of people all over the world play bridge,” Errikos acknowledges. “But 20 or 30 years ago, the number was much, much higher. We aren’t seeing the younger players coming through any longer.”

But that’s all going to change, apparently, with the advent of BAMSA – Bridge: A MindSport for All. A Europe-wide initiative which aims to encourage more people to take up bridge, the programme is already active on the island, promoting and celebrating the benefits of the game.

“The BAMSA project hopes to promote the game’s benefits while supporting an intergenerational approach to learning and playing bridge through introducing the game to schools,” says Errikos.

Exploring interactions within the mindsport, along with its effect on wellbeing, transferable life skills, mental health and social connection, the project has seen the Cyprus Bridge Federation kick into high gear with a series of promotional Facebook posts and an upcoming programme of lessons for beginners – whatever their age.

“Bridge promotes improved behaviour, discipline, a respect and trust of one’s partner, good manners towards one’s opponent – all traits which are very important in young people,” Errikos explains. “It also develops a strong sense of logical consistency and reasoning ability, along with improved mental arithmetic skills, memory, and concentration. You certainly can’t be chatting on your phone while playing bridge!” he laughs.

For the last two years, Errikos has run an extracurricular Bridge Club for students of the Junior School – “the only club for young players in Cyprus, to my knowledge. But as part of the BAMSA programme, the Cyprus Bridge Federation aims to encourage more of the same: accessing schools and encouraging kids to benefit from the skills – and lifelong friendships – one develops through bridge.

“It is,” he adds, “a game you play for life. There are people who play until they’re 100; it can be played within a family; and it’s also a great way to make friends and meet like-minded people.”

Currently, Cyprus boasts seven officially recognised, year-round bridge clubs: two in Paphos and Nicosia, one in Limassol, Larnaca and Lefkara – all of which welcome novices. Errikos frequents the Larnaca iteration, held at the Flamingo Beach Hotel every Monday evening at 6pm and Tuesday afternoon at 2.15pm. “Of course we haven’t been able to meet in a while,” he notes, “but we’re hoping that measures will relax enough over the next few weeks to allow us back. In the meantime, there are daily online bridge tournaments organised by the Cyprus Bridge Federation hosted by Bridge Base Online: you partner up with another bridge player who might be in any country, and it’s a great way to meet people…

“I’ve actually visited more than 100 bridge players around the world whom I’ve met through online tournaments!” he adds. “And that’s a big part of the attraction – whatever your age, bridge allows you to meet, befriend, and understand like-minded people. It’s a mindsport that’s all about connection – a connection and an understanding of others that machines can’t replicate. I don’t believe there will ever,” he concludes with a smile, “be a computer that can beat humans at bridge!”

To find out about bridge in Cyprus, call 70002345, visit https://cyprusbridge.org/, or the Facebook page ‘Cyprus Bridge Federation – Κυπριακή Ομοσπονδία Μπριτζ’

Eight years for man caught with 10+kg of cannabis