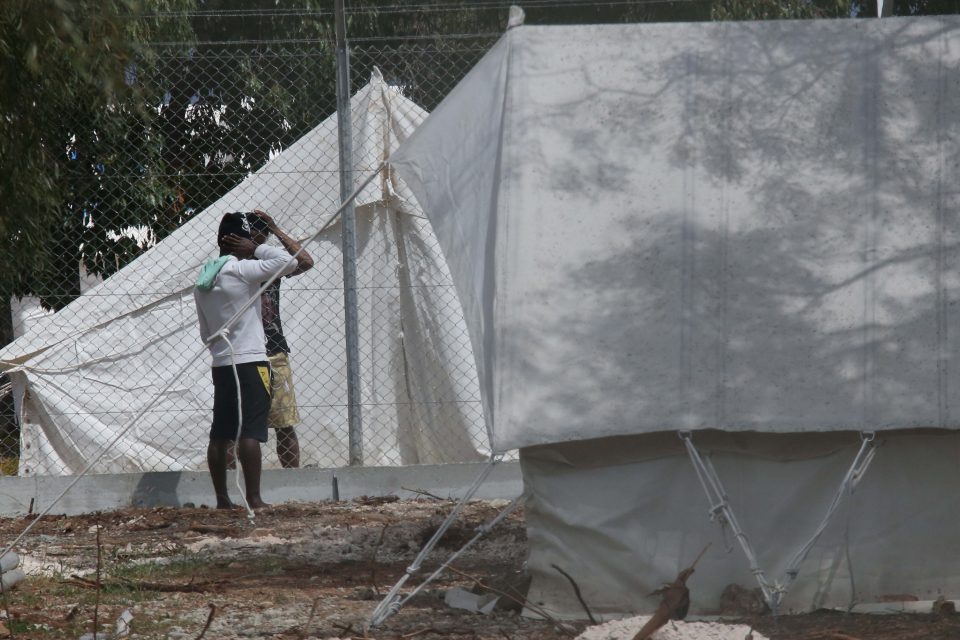 Interior Minister Nicos Nouris said on Monday a claim that youths had been sexually harassed at a migrant reception centre would be investigated, as he defended the government’s actions, which included locking down the camp.

“I want to make it categorically clear that I have given instructions to the (asylum) service for an immediate investigation of the particular incident and we will publish the result,” the minister said.

After a visit to the Pournara camp last Thursday, the UNCHR had reported that three youths had been sexually harassed by adults.

Nouris said the report will not be ignored.

“People, especially children, are very high in our priorities and this is how we will handle it,” he said.

Nouris was speaking to reporters after a House human rights committee meeting at which he defended the living conditions and procedures at the camp, near Kokkinotrimithia, which have come under fire in recent weeks.

He also challenged detractors to propose places where the hundreds of migrants who arrived in Cyprus could be housed until repatriation.

“It would really be extremely useful to also hear approaches over the way we approach the issue of ghettoisation in Chlorakas and the towns’ urban centres; a timely issue at that, considering last night’s (Sunday’s) tragic incident in Nicosia.”

He was referring to the fatal stabbing of an Indian man in Nicosia’s old town on Sunday night.

He told MPs that it was not possible to say whether minors were being housed at the camp because the age of all asylum seekers and migrants has not yet been confirmed.

His statement was heavily criticised by the commissioner for the protection of children’s rights Despo Michaelidou, who was also present at the committee.

Michaelidou said that, since there are still doubts about the age of some of those inside the camp, they should be considered minors until the completion of their asylum-seeking applications and should be immediately separated from the adults.

The minister reiterated that Cyprus is currently the EU member state which receives the largest number of asylum seekers per population ratio and that, starting from August 1, the camp’s operations will be managed by the ministry of foreign affairs’ asylum service instead of the civil defence.

He said that after the events that unfolded last February in the Evros region in Greece, when thousands of migrants and refugees tried to get into Greece mainly after Turkey declared its previously guarded borders with Europe open, Cyprus received 517 new arrivals in just one week and decided to expand the centre.

“We have increased the capacity of the centre, which can now host up to 1,000 people,” he said. “Not only that, in a very short time, we also created quarantine areas necessary to isolate potential Covid-19 cases.”

The centre currently hosts 632 migrants and asylum seekers. “There were periods in which we reached 700 people, but I can assure that we never reached 1,000.”

Nouris said that the government’s main concern in the last few months was to avoid the spread of coronavirus at the camp so constant sanitary checks were carried out and all living areas were repeatedly disinfected.

He categorically denied the allegations claiming that sanitary facilities at the camp during the lockdown period were sub-par.

“We never had any of those problems, despite the difficult situation,” he said. “There are 15 indoor sanitary facilities at the camp, plus 69 additional chemical toilets, of which 33 have been recently installed recently.

He said the quarantine facilities, capable of hosting up to 250 people, are equipped with separate toilets and showers.

“We are also in the process of installing other permanent sanitary facilities worth €200,000.”

Nouris denied there was ever a period during which the centre did not have a doctor on site, adding that two nurses are also stationed there all the time.

However, he admitted there are people with tuberculosis at the camp, who are currently being treated in collaboration with the specialised hospital in Kyperounta. To tackle the problem, the government has requested funding more than €700,000 for X-rays.

All about the ankles: 8 of the best strappy sandals