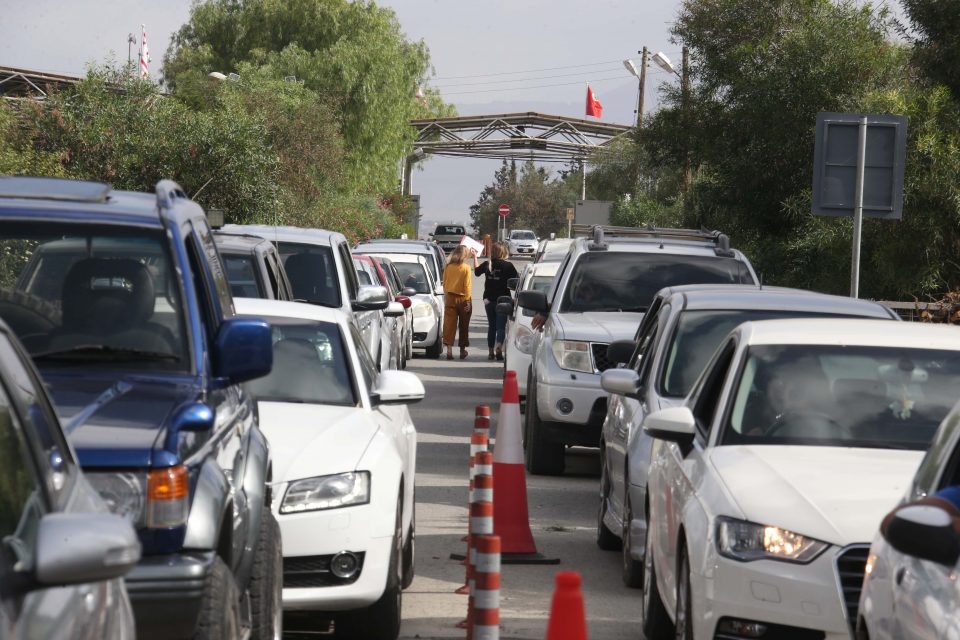 Turkish Cypriot leader Mustafa Akinci on Tuesday accused the ‘government’ in the north of creating total chaos over the crossings by refusing to coordinate with the Greek Cypriot side as per his agreement with President Nicos Anastasiades.

In a written statement, Akinci said ‘government’ moves aimed at excluding him from the election atmosphere are in fact harming the Turkish Cypriot community.

He reiterated that every step taken on the crossings “should be implemented with the necessary coordination and mutually reasonable arrangements based on scientific data, both to protect public health and to the benefit of the society.”

Stressing the importance of coordination between the two sides through the Technical Committee on Health, Akinci expressed his regret that the ‘government’ continued to exhibit “unnecessary political stubbornness”.

He said his agreement with Anastasiades last month on initially giving priority to some groups of people to start using the crossings from June 8 and to gradually ease restrictions in a coordinated manner, “could not be implemented due to the ‘government’ attitude.”

Akinci also said that the ‘government’ ignored the experts’ positive opinion on the crossings, but also that it kept changing its decisions.

After the Greek Cypriot side announced that crossings could resume though eight of the nine crossings from June 21, the ‘government’ that had initially announced they would be allowing crossing from July 1 moved the date forward to June 22 but for five crossings only.

“The fact that the ‘government’ has avoided coordinating with the presidency, which has been coordinating the issues on the crossings for many years, has created total chaos,” Akinci said.

He added that the most appropriate solution would be for all the crossing points to open by taking the necessary precautions considering the scientific data.

Almost 500 people crossed between the two sides at Ayios Dhometios crossing in Nicosia by Tuesday noon, mostly from north to south.

According to the Cyprus News Agency citing police data, 269 vehicles with 381 passengers and 63 pedestrians crossed from Ayios Dhometios to the government-controlled areas. From the south to north, 31 vehicles crossed with 39 passengers.

In the meantime, Turkish Cypriot media report that there have been long waiting lines at the coronavirus testing centre in Nicosia in the north of people who want to cross to the south.

The Greek Cypriot side allowed crossings between the two sides from Sunday while the Turkish Cypriots a day later.

On Monday, more than 1,000 people crossed through the Ayios Dhometios checkpoint.

Turkey says Macron suffers ‘eclipse of the mind’ over Libya