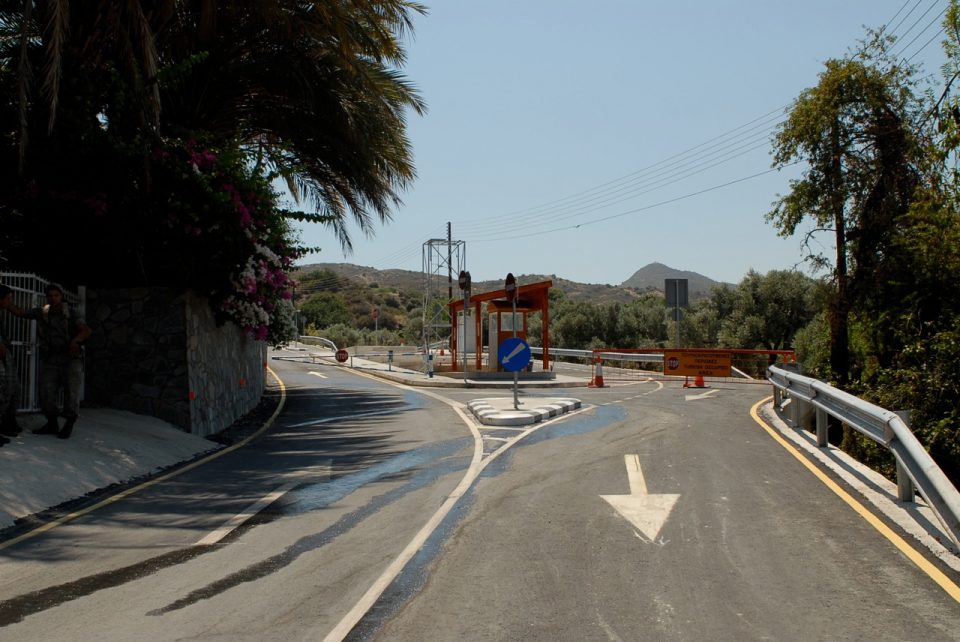 According to Kousios, President Nicos Anastasiades had a telephone conversation with Akinci during which the Limnitis-Kato Pyrgos crossing, which remains closed by the Turkish Cypriot side, was discussed.

“Mr Akinci, said that it is expected there will be uninterrupted movement from that crossing point within the week,” Kousios said.

Earlier in the day, the government had said it had made representations to the UN over decisions taken by the Turkish Cypriot side on crossings, especially the fact that the checkpoint in Limnitis remains closed.

Kato Pyrgos residents, who were among the special groups allowed to cross as agreed by the two leaders last month, had warned earlier in the day they would take decisive measures because Limnitis, where they cross to get to Nicosia, has not been opened by the Turkish Cypriot side.

Residents of the village but also those in Polis Chrysochous and Pomos, are now forced to catch a 3am bus from Kato Pyrgos to Nicosia so that they can get to work on time. When the Limnitis crossing was open, the buses departed at 5am for Nicosia since the route is much shorter through the north.

The Turkish Cypriot side on Monday opened five crossings: Ayios Dhometios, Zodia, Strovilia, Pergamos and Ledra Street, which remains closed on the Greek Cypriot side.

Kato Pyrgos community leader Nicos Cleanthous called on the government to take measures for the immediate opening of the Limnitis crossing by putting pressure on the Turkish Cypriot side, warning that residents would take measures themselves “to claim their rights.”

“Unfortunately, the daily hardship continues for residents who want to get to Nicosia but also the rest of free Cyprus,” Cleanthous told the Cyprus News Agency.

He added that Tylliria residents also used the Limnitis crossing to get to work and visit doctors in Nicosia and to transfer their produce during the summer period.

If the crossing remains closed, he said, it will also negatively affect the arrival of visitors to Kato Pyrgos and the other coastal areas of Tylliria during the summer months.

Cleanthous said the Turkish Cypriot side has not opened the Limnitis crossing “because it has nothing to gain from opening it.”

For head of the committee for the opening of the Pyrgos-Limnitis and Kokkina crossings, Andreas Karos, the Turkish Cypriot side’s decision on Limnitis “is unacceptable and vengeful.”

He said that that people who need to get to Nicosia daily, including university students, are now forced to spend six hours on the road.

High school pupils also need to get to Astromeritis, Peristerona, Akaki and Kokkinotrimithia for afternoon private tutoring, he said. All these areas are close to the Astromeritis-Zodia crossing.

The Turkish Cypriot ‘cabinet’ held a meeting on Tuesday to discuss their initial decision on allowing flights to the north from July 1 and especially Turkey, following strong reactions from society but also health professionals. No announcements were made.