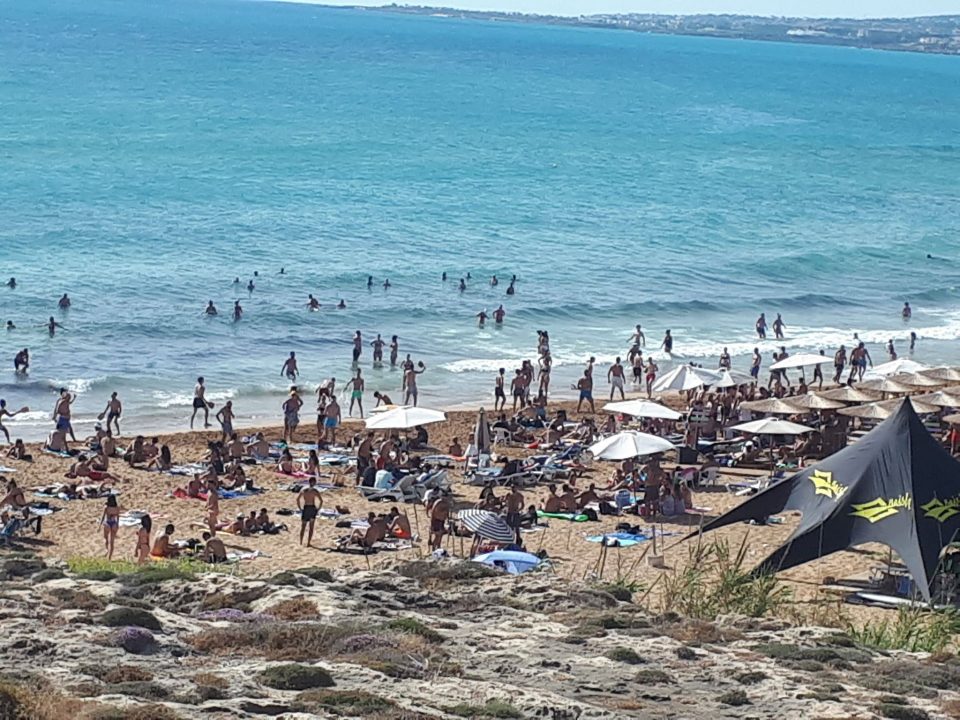 The Kotsia beach in Chlorakas is an approved bathing beach with lifeguards, but there is no licence to operate a bar

An unlicensed beach bar in Paphos is attracting hundreds of visitors until late at night every weekend, none of whom are following social distancing rules and endangering the turtles in the process, according to the Green party and other officials.

“The Paphos Greens express its concern about the destruction of the natural environment on Kotsia beach in Chlorakas. We call on the police to check whether the decrees relating to limiting the spread of Covid-19 such as social distancing are being complied with,” a local spokesman for the party told the Cyprus Mail on Monday.

Turtle nests have been located at this beach and recently a turtle’s nest was opened, and the eggs had to be transported to the turtle spawning station in Lara.

In Cyprus, sea turtles and their eggs have been protected since 1971.

He said that the situation at the bar is creating a massive problem for the environment, including turtles laying eggs at the beach.

“Hundreds of people are congregating at the beach bar/cafe at Kotsia beach in Paphos and despite the protests and written complaints of the Chlorakas environmental and cultural group to various ministers and the police, nothing has been done,” he said.

The beach area is also the subject of a dispute between Chlorakas and Lemba community boards as part of the beach with the cafe on it falls within the boundaries of Lemba, whilst another part is within the Chlorakas area, he added.

Although the beach is not part of the Natura 2000 network, for many years protected turtles are choosing the beach to lay their eggs. These efforts are being scuppered by the late night gatherings and music from the bar, he said.

A solution has yet to be found, despite continuous complaints by the environmental association of Chlorakas, to the authorities, said its president, Andreas Kyriakou.

“Turtles are laying their eggs there and in the last few days 71 were laid, two were broken, and the rest were transported to Lara Beach. Before that, another 69 were laid.

“There are umbrellas on the beach, the bar is not following the regulations set out to protect the turtles. They come at night to lay their eggs, and yet there is music until midnight, so how can they come?”

Some people don’t want turtles in this area as some of the nearby plots are owned by a large local developer who wants to build villas here in the future, he said.

A complaint has now been lodged with EU.

“The beach at Kotsias, Lemba is an approved area for swimmers and we have appointed lifeguards. Some years ago, Lemba community council erected a wooden kiosk that is rented to third person,” she told the Cyprus Mail.

“Because we noted that it is also used during some nights and there is no building or any other permit, we are proceeding with legal measures both against the community council and the tenants/ persons operating the premises after giving them a warning.”

Our View: Supreme court must realise that it is not above criticism