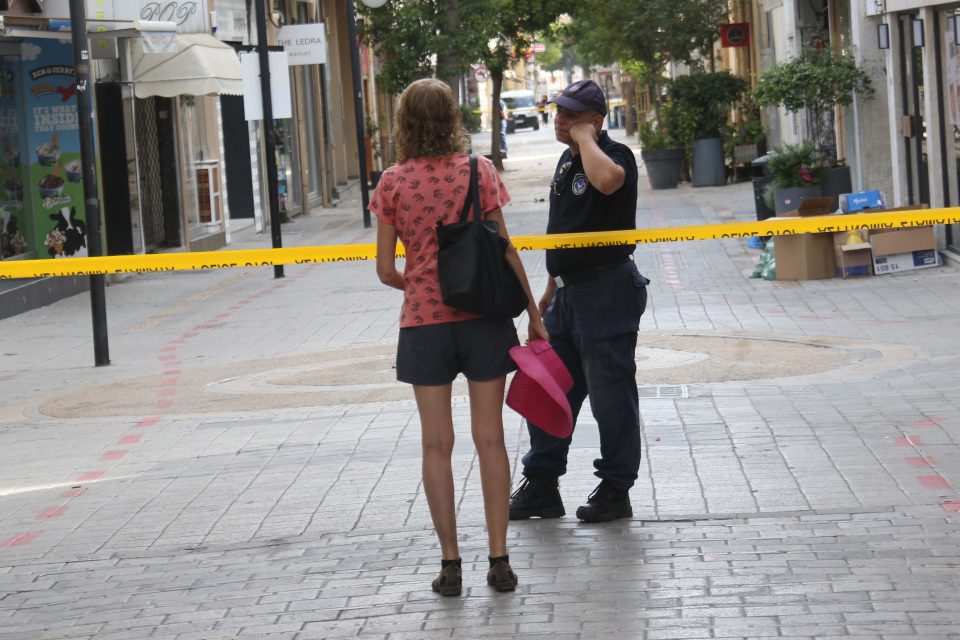 The scene of the stabbing on Nicosia's Ledra St

Migrant rights group Kisa on Wednesday said that closer cooperation between the police and members of migrant communities on the island could avert violent incidents such as the one last Sunday that led to the death of a 21-year-old Indian man.

According to Kisa chairman, Doros Polycarpou, last Sunday’s fight between two agents from India that collect thousands of euros from their compatriots with promises to bring their relatives to Cyprus in cooperation with local businesses and colleges had been announced on social media in advance.

“These are muscle flexing meetings,” Polycarpou told the Cyprus Mail. He explained that usually behind such turf-war incidents are agents who want to show to their own community who is the strongest but also send a message to people owing them money that they’d better pay up.

The man who died during Sunday night’s fight in Nicosia’s bustling Ledra Street was in fact one of the two agents whose groups clashed, according to Polycarpou. He added that such meetings are usually announced on social media in advance.

Cooperation between the police and members of migrant communities could prevent such incidents, he said. They could monitor social media in their native language, among other things, and alert authorities on the time and location of such meetings.

He said Kisa has reported several cases to the police concerning cooperation between agents and local businesses, colleges and employment agencies who bring people from India to Cyprus in return for hefty fees amounting to thousands of euros.

Polycarpou said due to such arrangements, very large numbers of people arrived from India in the past legally as students, or on work visas arranged by middlemen, colleges and employment agents who profit hugely.

These agents, he said, also receive a lot of money from people in Cyprus so that they can bring over family members.

“Of course, they make such promises to many people, but they are only able to satisfy a small percentage of these requests,” he said, adding that they pocket the money anyway.

Later on Wednesday, Polycarpou, to prove Kisa has reported people pocketing money by deceiving migrants, posted on Twitter a copy of the response he received from the police for reporting one such case.

The letter said that officers found the man in Nicosia whom Kisa had reported who told them that he helps people from Sri Lanka on various issues but free of charge.

“If they want more cases, we could send them again the video showing the agent’s details while he is counting the thousands (of euros),” Polykarpou tweeted.

He said there have been many violent incidents concerning agents and middlemen.

“It is important to work out how we can tackle this problem,” he said.

Polycarpou said police forces in other European countries also have amongst their ranks  citizens with a migration background.

“There are members of these communities in Cyprus who are willing to cooperate with the police,” he said.

He added that this does not necessarily mean hiring them as police officers but establishing some sort of cooperation as associates.

The recent knifing incident but also similar ones has raised the issue of large numbers of migrants living in city centres.

Interior Minister Nicos Nouris, responding to a question on Wednesday on the “ghettoisation” of city centres, said he would be meeting with heads of local authorities to discuss ideas on how to tackle the problems faced.

Nicosia municipality said local authorities can contribute to the migrants’ social integration and prevent crime and delinquency incidents. It also called on the government to trust local authorities and delegate to them “clear responsibilities and resources to address the problem”.

The municipality also said it has been implementing social integration programmes for immigrants, refugees and vulnerable groups for years.

Lawmakers in Europe call on Israel to ditch annexation plans