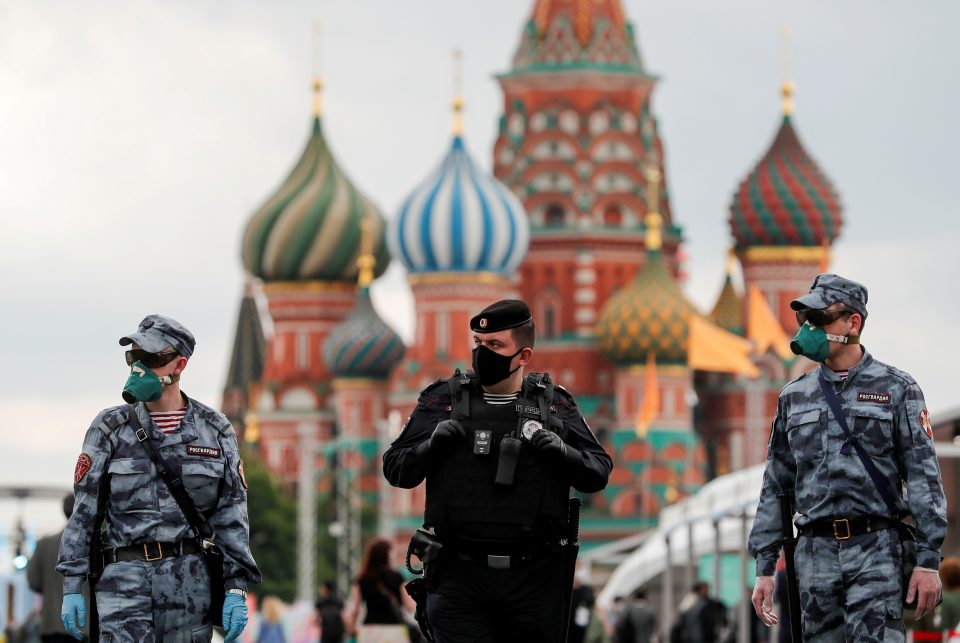 There are always wars, and rumours of wars, said the Wise Man. What has not been mentioned quite so often is that there are also always epidemics and rumours of epidemics. We are inclined to regard the current coronavirus pandemic as a big, new, one-off problem. But this is not so. It is just another page in the long human story. We must make ready for plenty more as restrictions lift.

Plagues and widespread diseases are familiar villains. Back in the 1980s when the first cases of AIDS were recognised doctors thought there would be a worldwide epidemic which would kill millions. So far, some 70 million people have been infected by HIV and almost a million per year have died.

The plagues of Egypt are familiar enough. But there were loads more. Some of them, like cholera outbreaks, still happen. The bubonic plagues of the Middle Ages wiped out huge numbers. Londoners in 1349 were more than decimated and further outbreaks struck 40 times over some 300 years. As WWI ended an enormous flu pandemic killed millions. In fact it was so threatening that, by comparison, the current coronavirus outbreak looks almost trivial. Globally, the 1889 flu outbreak killed a million. The 1957 flu killed a million. The 1968 flu killed another million.

In 1918 the world’s medical facilities became desperate to curb the spread. With no hope of a vaccine or cure, people were ordered to sneeze into handkerchiefs, avoid crowds, stop spitting on the side-walk, and wash their hands repeatedly. Many wore masks. And now, over 100 years later, we’re using pretty much the same ideas.

We are terrifyingly vulnerable. With little care for the consequences, transport of all kinds races crowds of people half way across the world at high speeds. Vast crowds gather at football matches and pop concerts. This new plague has been waiting its chance and we are still only in the initial stages of it. This is the golden age for viruses. A virus can be reduced to an inert powder that can sit on a shelf for years, harmless until it contacts living cells. It just waits.

Covid 19’s most bitter pill has been the sudden realisation that we are not immune to the millions of infectious viruses that lurk about. Also that if we get one we are not able to swiftly bring out the triumphal heavy artillery and carpet-bombing of modern science to render it neutered. Most folk imagined – until last year – that humans had been rendered safe from almost all causes of death, at least for a while.

Our eventual saviour – similar to combating afflictions like polio and smallpox – will be a vaccine, creating widespread immunity. Yet developing a new vaccine will likely require a long time – the fastest vaccine ever approved – for mumps – took four years back in the 1960s. Our current optimistic best suggests some time in 2021, when one of ten promising vaccine candidates might safely work. We must identify which antibodies can block viruses from binding to human cells, stop the virus from infecting someone, then test to ensure it doesn’t cause unintended harm. Then it must be manufactured. Science is methodical but slow.

This pandemic isn’t some fluke. It was predictable. It has long been expected. And an outbreak will happen again. The history of humanity is punctuated by pandemics. This is just another chapter in a very big book. To think about a post-pandemic world is hopelessly unrealistic. It is equally so to think that life will soon become just the same again.

Following the medical progress of the last half century, we’ve come to expect that our physicians can do what previous practitioners couldn’t. Doctors are regarded as curers of most diseases. Smallpox once killed one third of infected people. But, since 2000, humanity has successfully contended with outbreaks of SARS (another coronavirus), MERS, the H1N1 flu, Ebola, Zika.

‘Yesterday I was OK. Today I am poorly. Tomorrow I’ll be fine again’ embodies the expectation in more advanced nations. But a germ that jumped from animals to humans last year has shaken this expectation. Today, some 75 per cent of emerging infectious diseases in humans come from other animals. Spill-over between species is inevitable. Humans spend a lot of time around animals.

We’re by no means the masters of our fate. We really need a treatment and a vaccine. The earliest hope for these is 2021.

Meanwhile, we must avoid irresponsible gatherings. We must wash our hands repeatedly. Our planet is vastly overcrowded and damaged. We have to prepare for the long haul.

We are far from safe. There is now a secret guest at every dinner-table.