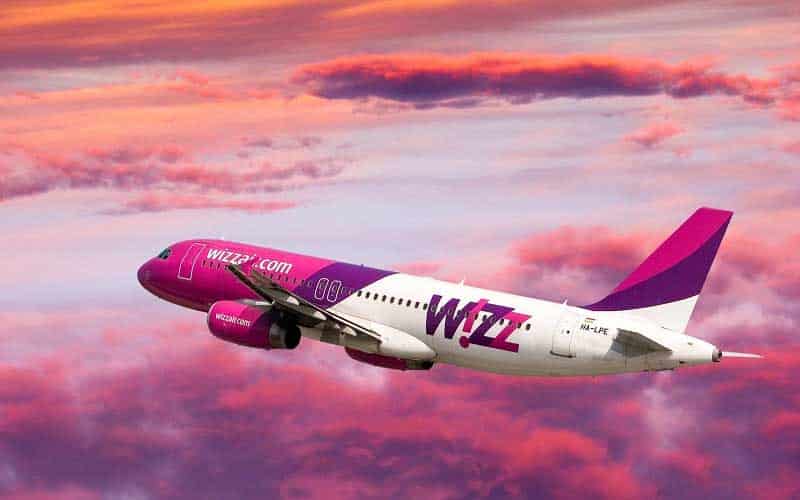 Wizz Air, the largest low-cost airline in Central and Eastern Europe, is going to add a third aircraft to its Larnaca base, it announced on Wednesday.

The new Airbus A320 will join the fleet on August 1, enabling the start of five new routes from Larnaca to Paris Beauvais, Eindhoven, Prague, Gdansk and Heraklion as well as more flights on the airline’s existing Athens route.

The new low-fare routes are already on sale on wizzair.com and in the airline’s mobile app with one-way fares starting at €19.99.

Wizz Air announced the opening of its Larnaca base less than a month ago by allocating two aircraft and adding eleven routes to the airline’s Larnaca network.

“Today we have some great news for Cypriot travellers and those who wish to visit the country. I am delighted that only a few weeks after announcing the establishment of our Larnaca base, today I can announce the third Larnaca based aircraft, and five additional low-fare routes connecting Cyprus with the rest of Europe,” Jozsef Varadi, CEO of Wizz Air Holding commented.

“Wizz Air’s history in Cyprus dates back a decade when the first flight landed in December 2010. The airline carried over 800,000 passengers to and from Cyprus in 2019,” the announcement said.

“The newly allocated capacity of over 280,000 seats per year will further contribute to the Cypriot aviation market and to the creation of over 30 new direct jobs with Wizz Air. Together with these five new services Wizz Air now offers 36 routes to 20 countries from Larnaca.”

As part of new enhanced hygiene protocols, throughout the flight, both cabin crew and passengers are required to wear facemasks, with cabin crew also required to wear gloves. Wizz Air’s aircraft are regularly put through an industry-leading fogging process with an antiviral solution and all of the airline’s aircraft are further disinfected overnight with the same antiviral solution. Sanitising wipes are handed to each passenger upon entering the aircraft.

Onboard magazines have been removed from the aircraft, and any onboard purchases are encouraged to be made by contactless payment. Passengers are requested to follow physical distancing measures introduced by the local health authorities and are encouraged to make all purchases prior to the flight online (e.g. checked in luggage, WIZZ Priority, fast security track), to minimize any possible physical contact at the airport. Click here to view Wizz Air’s new health and safety video, for more information.