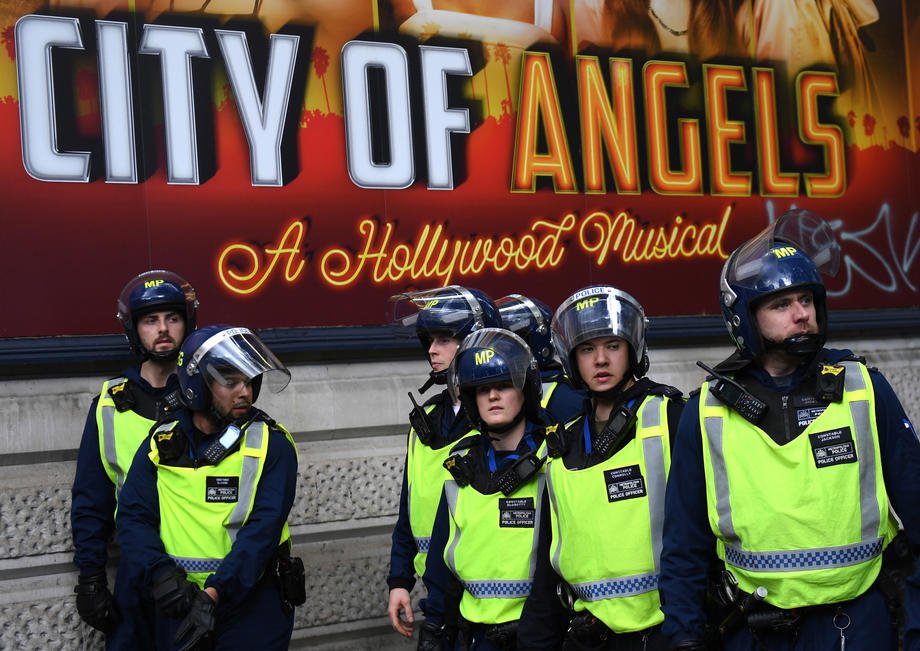 Twenty-two police officers were injured during trouble at an unauthorised music event in London overnight where crowds attacked some patrol cars, British authorities said on Thursday.

Parties have been banned during Britain’s coronavirus lockdown, though there have been some breaches.

A spokesman for Prime Minister Boris Johnson described the scenes as “appalling”, adding: “Violence against the police will not be tolerated.”

Police said they had been attacked when responding to complaints about noise, anti-social behaviour and violence in the Brixton area.

None of the officers was injured seriously, though two required hospital treatment. Some police cars were damaged and four people were arrested.

Images on social media showed a crowd – with one person holding an object that looked like a sword – confronting officers and attacking a police car.

Reuters was unable to independently verify the images.

Patel said the incident was particularly wrong given last week’s fatal stabbing of three men in a park in Reading in what police said was a terrorism incident.

Three people were also stabbed and a woman was raped when thousands of young people attended a “rave” in northern England this month, one of a number of such illegal events to take place recently.

Cypriot and Hungarian FMs to hold talks in Nicosia on Friday

Epic: The importance of a reliable network