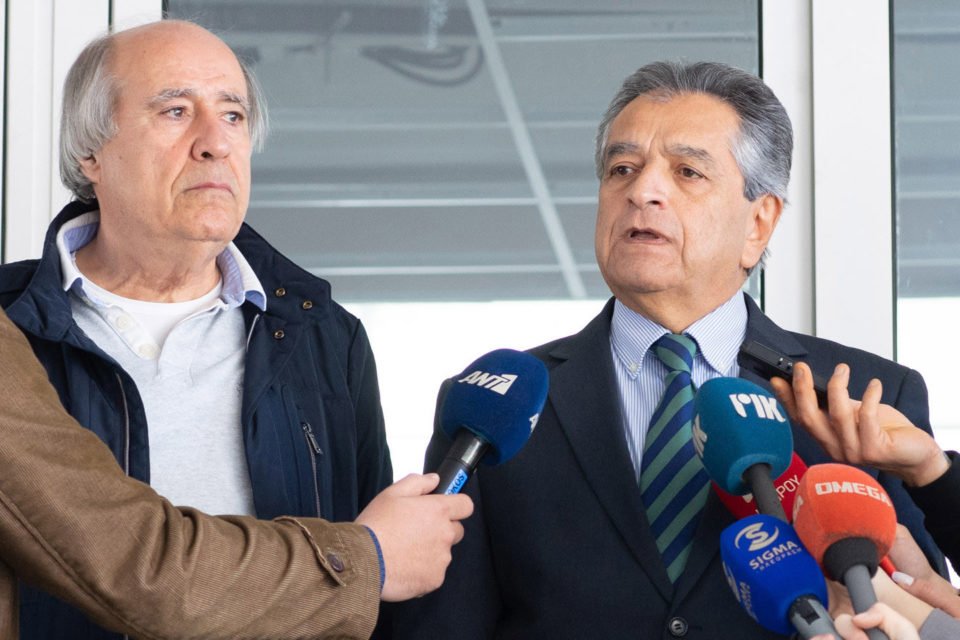 Outgoing attorney-general Costas Clerides announced his immediate resignation on Friday following the debacle over his retirement date while the state legal service employees staged an impromptu work stoppage in protest over the way he was treated.

The government announced soon after it would expedite the swearing-in ceremony of the new Attorney-general, Giorgos Savvides, on Monday, instead of July 10 when it was initially scheduled.

“Earlier today, I have submitted in writing to the President of the Republic my resignation from the position of attorney-general of the Republic, with immediate effect,” Clerides said in a written statement.

He reiterated that he has had a turbulent seven-year tenure as attorney-general and head of the state legal service, marked by a variety of difficulties and adversities. “Unfortunately,” he said, even the issue of the exact date of his retirement has been used to tarnish his personality due to manipulation as well as pressure that has been exerted and is being exerted.

He was stepping down soon anyway, but had faced a lot of debate and criticism over his insistence on leaving at the end of July instead of July 8 when he turns 68.

“During the last seven years, I have tried to defend by all means the independence and impartiality of the institution I have served,” he said. He added that though he is low-key by nature, he was forced on many occasion to come into conflict with other state institutions and with officials and publications, “which unfortunately undertook to promote my downfall for reasons not at all unrelated to the attitude I took in handling certain cases.”

Many people know about these things, but everyone is silent or even covering them up, he said.

Nevertheless, he said, the pressure and calls on him to step down earlier have continued to-date, so that the two new officials in the legal service can take office while the mockery and attempt to reduce and attribute cheap incentives continues. “I am not prepared to continue to suffer this exhausting process,” he said. “It is a matter of dignity for me and my family. As I took this position and I tried to perform my duties throughout this period with dignity it is with dignity that I am leaving.”

As regards his retirement, he said that, as it is known, August 1, 2020 was the date set by the state treasury and was confirmed on Thursday while the state treasurer’s announcement that he could take leave until the end of the month after he turned 68, provided the new attorney-general was officially appointed “in my opinion and the opinion of other lawyers, they are neither correct nor in any case affect the set date.”

Soon after he announced his resignation, staff at the state legal service went on an impromptu work stoppage in support of Clerides.

Anastasiades also expressed his dismay for “the unnecessary dimensions” the issue of Clerides’ date of resignation has taken. He said there would be no problem for Clerides to remain as AG until July 31.

“I express my warm thanks to Mr Costas Clerides for the close cooperation we had and for the valuable services he offered from the position of Attorney General, for the rule of law,” Anastasiades said in a statement.

The legal service staff also referred to the “unfortunate and unjust” events of the past few days.

“Costas Clerides served the post of attorney-general with unparalleled ethos, courage and honesty and with much conscientiousness, under very difficult and unprecedented conditions both for the Republic of Cyprus and the legal service in particular,” the staff said, adding that he envisioned and fought resolutely for the reform and upgrading of the legal service and its consolidation as an independent institution and a pillar of the rule of law.

Clerides’ resignation has prompted the government to expedite for Monday the swearing-in ceremonies of his successor, Giorgos Savvides who is leaving his post as justice minister but also of the deputy AG, Savvas Angelides, who is currently defence minister.

This means that the new justice and defence ministers, Emily Yiolitis and Charalambos Petrides respectively, will also be sworn in on Monday.