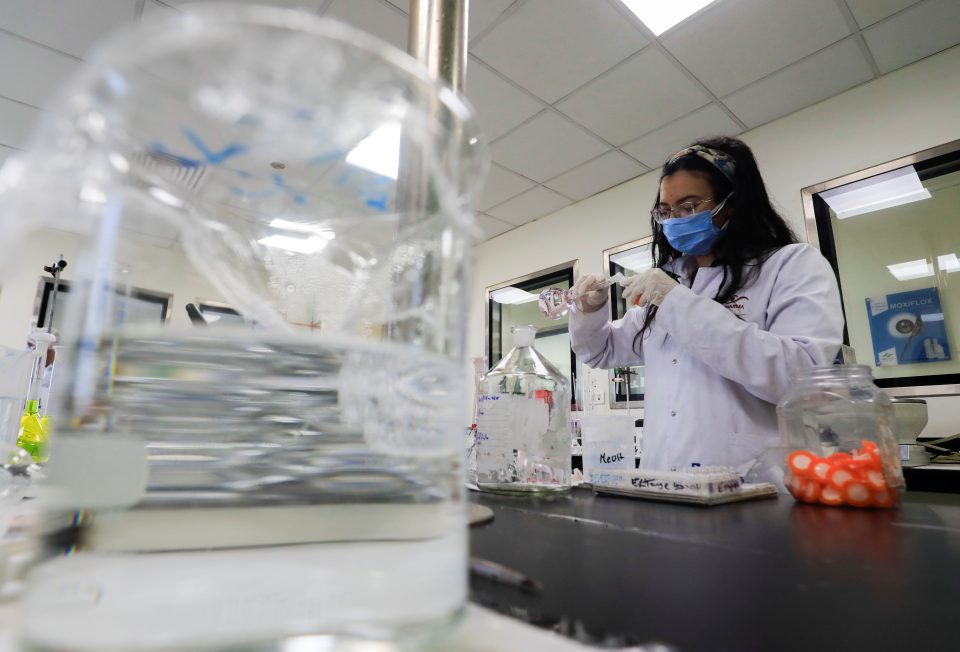 A pharmacist works on the treatment drug Remdesivir, in Ibn Sina laboratory, at Eva Pharma Facility in Cairo

Doctors in Europe will soon be able to treat Covid-19 patients with Gilead’s antiviral drug, remdesivir, after the healthcare regulator’s endorsement put it on track to become the first therapy for the disease on the continent.

The European Medicines Agency (EMA) said on Thursday its human medicines committee (CHMP) recommended conditionally approving the drug for adults and adolescents from 12 years of age who are also suffering from pneumonia and require oxygen support.

The Cyprus health ministry on Friday endorsed the decision.

European Union conditional marketing authorisation allows a treatment to be sold for a year in the 27-nation bloc before all necessary data on its efficacy and side-effects are available. Gilead has until December to submit this data.

The EMA endorsement means physicians can prescribe the Gilead drug in Europe once the European Commission, the EU executive, gives its approval, which is now a formality expected over the coming week.

US-based Gilead, whose shares have risen 17 per cent this year on hopes for the treatment, in an-emailed statement said it has not yet set a price.

Demand for the drug soared after Covid-19 trials showed promise, but supply could be an issue.

Italy’s medicines agency, AIFA, said it was in discussions with Gilead at a national and EU level over doses, adding that talking about price “is premature now”.

“This situation is very atypical, which is why one must assume, that it will be the EU, which goes in and negotiates with Gilead about a given quantity,” Denmark’s public drug procurement office said.

Gilead expects it can provide more than two million courses of remdesivir, to be branded Veklury, by year-end, double its previous target.

The drugmaker also plans to test an easier-to-use, inhaled version of the drug that is now given intravenously.

Remdesivir is designed to hinder certain viruses, including the new coronavirus, from making copies of themselves and potentially overwhelming the body’s immune system. The drug previously failed trials as an Ebola treatment.

Remdesivir has been approved for emergency use in severely-ill patients in the United States, India and South Korea, and has received full approval in Japan.

Overuse, misuse of antibiotics has helped microbes to become resistant to many treatments