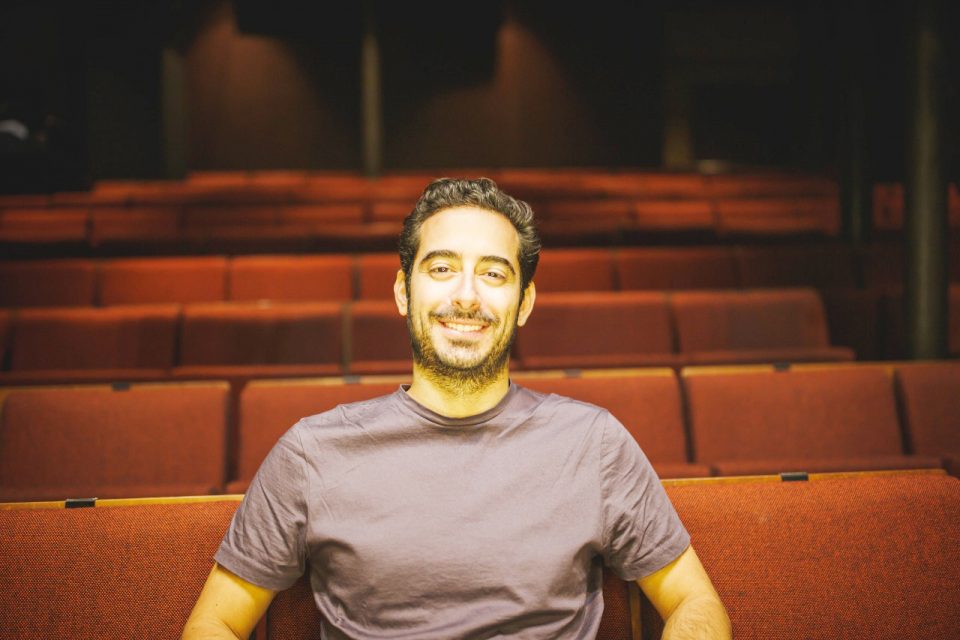 Michael Hadjijoseph is the founder of Stagedoor (stagedoorapp.com ), a comprehensive online guide to London theatre accessible via a smartphone app

Michael Hadjijoseph was a techie who found jobs through the London Cypriot network, when he turned 30 and decided to take on a challenge of his own.

First, he’d worked for Cypriot Xenios Thrasyvoulou at People per Hour. Then he moved on to One Fine Stay, a success story started by Cypriot Demetrios Zoppos.
Now he pulled together a few friends, made some rounds of the London theatre scene to raise a bit of capital, and started Stagedoor (stagedoorapp.com ), a comprehensive online guide to London theatre accessible via a smartphone app.

Just about three years later, Stagedoor is thriving with a substantial audience and solid financial support.

How did a graduate of the English School of Nicosia, who came to the UK at 18 to study business and tech, manage to accomplish all this in the super-competitive London market?
“We were determined to start out in London, the theatre capital of the world, with 200 theatres. We focused on the kind of audience that needs to be up to date, with constant new shows, not only the West End productions, but also the smaller ones,” Hadjijoseph explains.

“Our plan at the outset was to launch a comprehensive listing app like IMDB.com (the app used to catalogue Hollywood productions), but for the theatre.”
To get started, Hadjijoseph looked at a lot of ‘discovery’ apps like those for music, or dance. “We got a lot of inspiration from those. We picked up on their use of peer-to-peer reviews, which made the site a little more social.”

Hadjijoseph didn’t try to raise a lot of money at the outset. “We started just working on the prototype, then once we had that, we concentrated on growth. It took time, but we find the audience that the product resonates with. It’s quite costly to drive app downloads through traditional marketing methods. We had to be quite creative in how we’d drive these downloads, and we found we’d be quite successful in forging partnerships with theatres.”

The app has seen more than 60,000 downloads on iPhones and Androids since its launch, according to Hadjijoseph. “We’re a bit like tripadvisor. Our partner theatres put stickers and coaster with our logo on the theatre bars: “Love the show? Review it on Stagedoor.” That’s been a strong driver of user growth.”

The company got a boost when it recruited former Guardian theatre critic Lyn Gardner, who reviews and recommends on the site. “That brought a lot of credibility,” Hadjijoseph notes, “along with some boosts from well-known actors.”

Now the company has part of its tech team located in Nicosia, and another part based in London. Hadjijoseph is pleased to stay connected with Cyprus, and the tech team was built there. But he also says he depends on networking with tech specialists in London.

“There’s a real sense of community and helping each other.”

Hadjijoseph plans to expand the Stagedoor concept to other geographies, Paris and New York being likely targets.

“It’s clearly a solid concept,” he says. “Why should it not work in any place where people love the theatre?”

Emotional Klopp breaks down in tears after title win