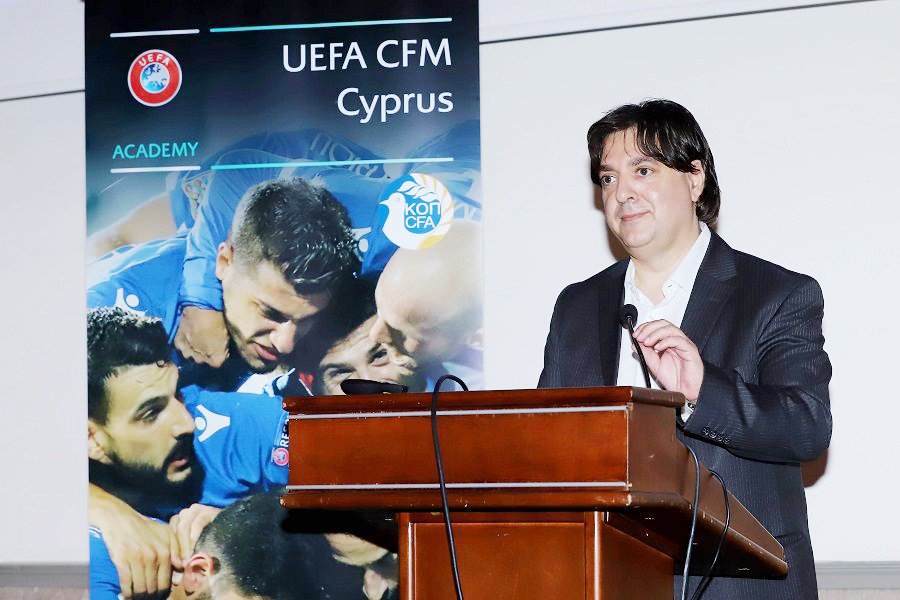 Cyprus Football Association Vice-President Nick Nicolaou spoke out on a number of issues, including club finances, licensing and the overall health of the game on the island

One of the Cyprus Football Association’s (CFA) vice-presidents has said he is ‘worried about the future viability of football’ on the island.

Nick Nicolaou made the comment during an interview with local radio station Spor FM, following an announcement by the CFA on club licensing and the relevant criteria that need to be met by the clubs. This is aligned with the relevant guidelines issued by Uefa.

Notably, newly-promoted Ermis Aradippou has not met the criteria and has not yet been licensed for next season. However, the statement says that the case is still being looked into and may yet be changed.

During his radio interview, Nicolaou said that “we cannot go into details but I need to stress that Ermis’ file is being looked into and more developments are expected in the next few days.” Regarding the overall health and future viability of Cyprus football, Nicolaou said that “there are losses, all in all”.

However, Nicolaou did say that some clubs have recorded profits and that the average is swayed by four to five clubs who have accumulated 80 per cent of the total losses. “20 million euros of losses come from these few clubs”, Nicolaou said.

“Every club has its own issues. Some misjudged the season and some have financial issues from some years ago”, Nicolaou clarified. “There is uncertainty. We don’t know if we’ll have fans in the stands. Some sponsors have pulled out and have been affected themselves.

“We have asked for a meeting with the finance minister and the president of the Republic to discuss further support for Cypriot football”, Nicolaou added.

In regards to the requested meeting with government officials, Nicolaou said that the CFA will not be asking for a direct monetary contribution, rather they will ask for some indirect measures which can help football survive. This includes the recent discussions around the utilisation of funds generated from sports betting, which the players’ union PASP is also involved in.

Nicolaou also spoke on Uefa’s stance regarding the stringent implementation of financial criteria this year, seeing as the coronavirus outbreak and lockdown were not something that even the most prudent clubs could have foreseen.

“Uefa understands the difficulties that clubs are going through”, Nicolaou said. “The club licensing process is not an easy and straightforward affair, that’s why Uefa gave us a one-month extension. However, they want to ensure long-term financial viability while at the same time balancing that with slightly less strict Financial Fair Play (FFP) criteria implementation”, Nicolaou added.

Finally, on the issue of agent involvement in football and the fees they collect from transfers, loans and player signings, Nicolaou said that this is not up to the CFA. “It is not under our authority to regulate agent fees. Financial transactions are verified by independent financial institutions and forwarded to us”.