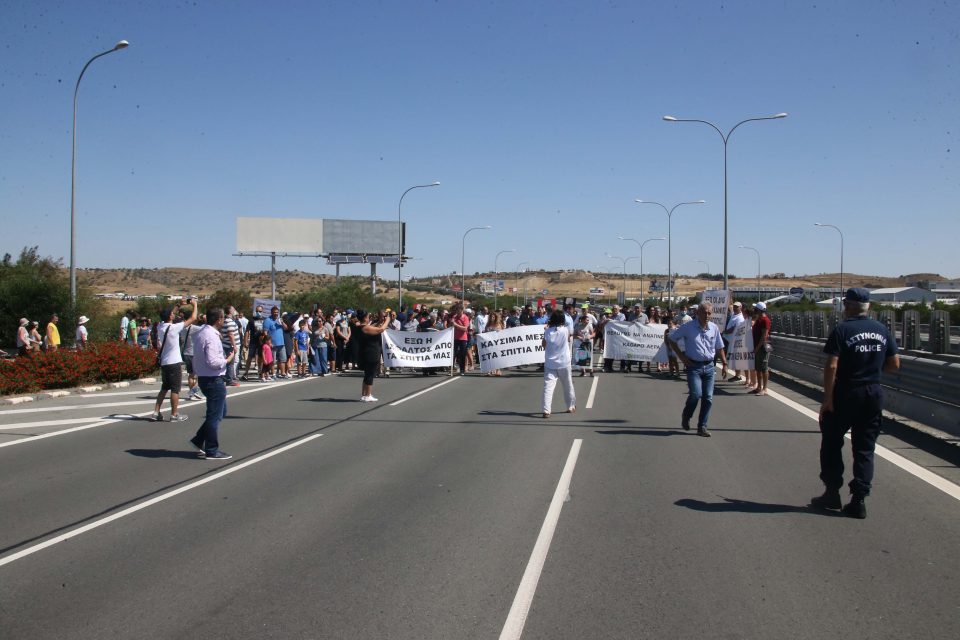 Dali residents shut off a part of the Nicosia-Limassol motorway on Saturday in protest over two asphalt plants causing pollution in their area.

The protest at the Tseri exit of the motorway began at around 9:30am and was attended by approximately 400 residents of the area. They called for the immediate removal of the two plants.

The protest wrapped up at around 11am, police said, adding they were in the area to ensure the demonstration was peaceful and to direct traffic.

Parents and teachers have consistently protested against the two plants, which are near the local school attended by hundreds of children. Earlier this year around 70 per cent of parents signed a petition to have the plants removed, and some have asked, along with a number of teachers, that their children be transferred to other schools.

In early June, ombudswoman Maria Stylianou-Lottides said human rights trump business rights, in a report condemning the continued operation of the two plants in the area.

She also slammed local authorities for not taking any action, especially as one of the two plants does not have the proper operational licence, yet nothing has been done to correct the problem.