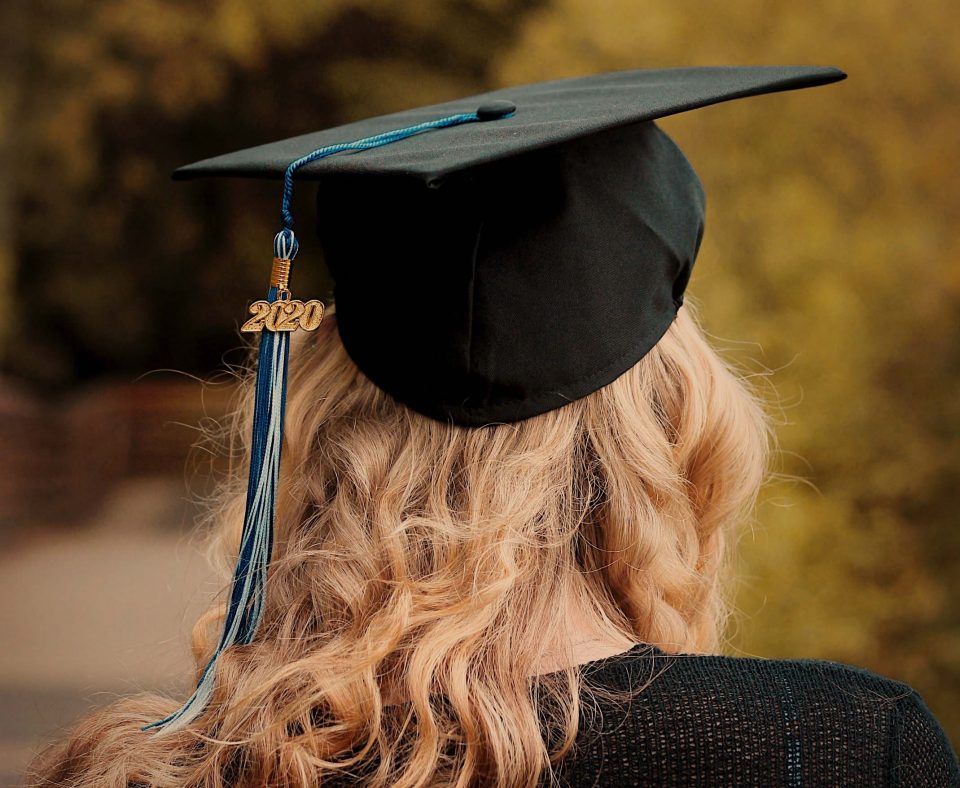 Graduation ceremonies, like so much else, have been consigned to the coronavirus dustheap (Karly Jones, Unsplash)

Thanks for the memories, coronavirus. This year’s university graduates will receive their diplomas as an email attachment

Over the next few weeks, I should have been getting ready to attend my university graduation in the UK.

Like thousands the world over, come mid-July I would have been celebrating with family and friends, walking across the stage in cap and gown, popping a bottle of champagne with my parents, holding onto cherished memories and photographs of the day to mark three challenging years of my life.

But as we all know so well, graduation ceremonies, like so much else, have been consigned to the coronavirus dustheap.

Caps and gowns have been replaced by sweatpants and T-shirts. The stage will stay bare. The diploma has become an email attachment.

As any graduating student will tell you, graduation is so much more than just the ceremony.

That might be the main event, but the memories come from everything surrounding it.  Shopping for a suit or dress, having dinner with your family, attending the graduation ball and the student house parties after the end of final year exams, enjoying the precious last days with friends. But most importantly those days are dedicated to saying goodbye to your former self, the university student.

Now, the ceremony has migrated online and the memories surrounding it are non-existent. When I asked a friend how she felt about her graduation ceremony being cancelled she replied, “just sad and disappointed”. Two words that describe what thousands of students feel.

“At first, I was just sad because a graduation ceremony is the official way of celebrating all our years of college, all our experiences and all of the hard work we put into it,” said Eleni Scaliotis, who studied at DePaul University in Chicago.

“I always imagined how it would be, throwing my cap in the air like they do in the movies and when I realised I would simply never get to do that I was disappointed.”

That these milestone ceremonies have been cancelled come on top of the upheavals after the academic year was cut short so abruptly. One day we were attending classes and the next we’re in lockdown scrambling to find repatriation flights.

“My master’s only took a year and I’ve been in lockdown since March. I feel like I never had the chance of getting to know the city and its night life as much as I would have liked,” said Sara Folman, who was at the University of Edinburgh.

“A proper graduation ceremony would have allowed me to revisit this beautiful city.”

The last year of university was supposed to be exciting, eventful and yes, even stressful, but by March we were all locked up indoors; confused and scared, trying to go home while taking online classes and exams at the same time.

Many students feel that they were left to deal with loose ends. An unsatisfying ending to a chapter of their life and a desire for closure. When I asked friends if they would log in online for their graduation most of them said they wouldn’t.

“I’m not going to log on to the online ceremony. There’s no point in virtual attendance because all the excitement of being there with your classmates, dressed in a gown, throwing your cap in the air won’t be there anymore,” said Constantinos Nicolaou, who was at the European University of Cyprus.

By now students have had to make made their peace, but they do not believe that a PowerPoint slide on an online platform will suffice, either. When asked if they would attend a rescheduled ceremony at a later time, some pointed out the difficulties of travelling to such places as the USA. Others have already given up on the idea and know that by now they have already fulfilled their obligations as students.

Others, however, plan on recreating the celebration in a different way.

“Initially with Covid-19 escalating into a pandemic I quickly accepted that graduation was just not happening this year. However, upon my arrival in Cyprus I realised that all my friends were equally unhappy about not attending a ceremony,” said Folman.

“Then, a friend of mine suggested hosting a graduation party at their house for all of us who didn’t have a chance to graduate persuading us that this was the best alternative.”

With private gatherings of 150 now allowed in outside spaces, such parties could go some way to recreating the air of festivity.

But in the end, stoicism is the way to go. Life moves on and a graduation ceremony does not necessarily define our university years. The sum of experiences, memories and new friends can never be cancelled.

“I eventually realised that one single ceremony does not represent our entire college experience, it never could,” said Scaliotis. “It’s the sum of those years will forever be in our hearts and not the throwing of a cap in the air.”

And the class of 2020 can maybe derive some consolation from the fact they have earned a place in history. Forever and always, we will be remembered as the year who never got to graduate.

No new Covid-19 cases were detected on Sunday

Complaints after July 15 sirens failed to sound in some areas