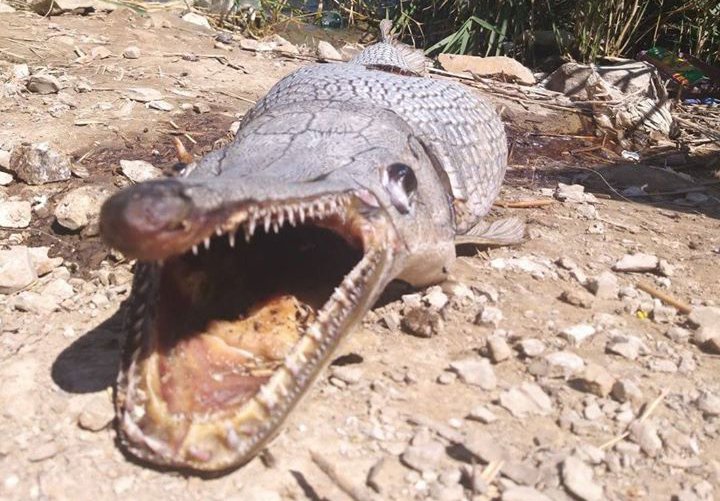 A bizarre fish resembling an alligator was found on the bank of a reservoir in the north on Sunday with many on social media likening the prehistoric looking creature to a beast from Jurassic Park.

They said that this is the first confirmed case of an alligator gar at the Kioneli (Gonyeli) dam and will undergo further studies. 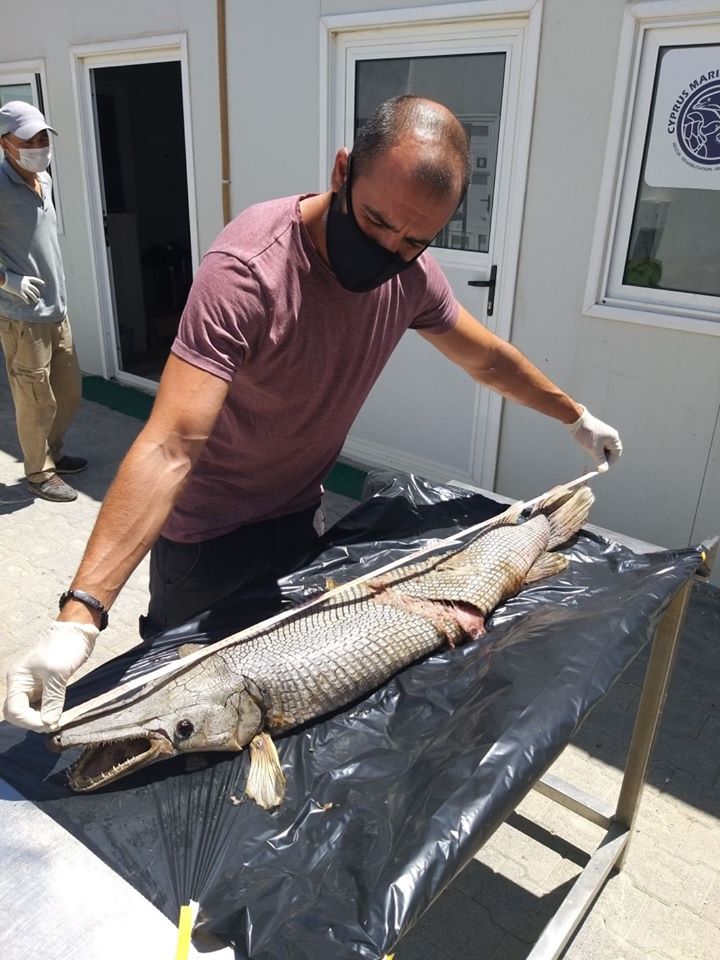 Dervish Cavusoglou, a water engineer at the institute, said that this species is highly resilient, and this fish in particular would have taken ten years to grow to this size.

The fish hails from North America and is one of the continent’s largest freshwater fish.

Experts also said it was likely to have been released by its owner into the dam. It is currently unknown how long it spent there but an investigation will take place to check what it was eating.

A pet shop owner told the Cyprus Mail that alligator gar fish are bought and sold in both the north and south.

“There’s nothing untoward or illegal about it, they are bought when they are about the size of a pencil,” he said.

He also said it was unusual for the fish to grow to the size of the one found at the dam as they are regulated by temperatures.

Taskent Nature Park in northern Cyprus also confirmed that the fish can be bought at pet shops in Cyprus, but said that many people are not aware that alligator gars can grow so large.

“Pet trade on the whole island is really in a dire situation where animals are traded without any regard to their well-being and concern for their lifetime needs,” an official at the park told the Cyprus Mail.

“They can grow very fast.”

It was also noted that the species usually feeds on other fish but has been known to eat water birds.

The institute urged people not to release pets into the wild especially if they are not native animals.