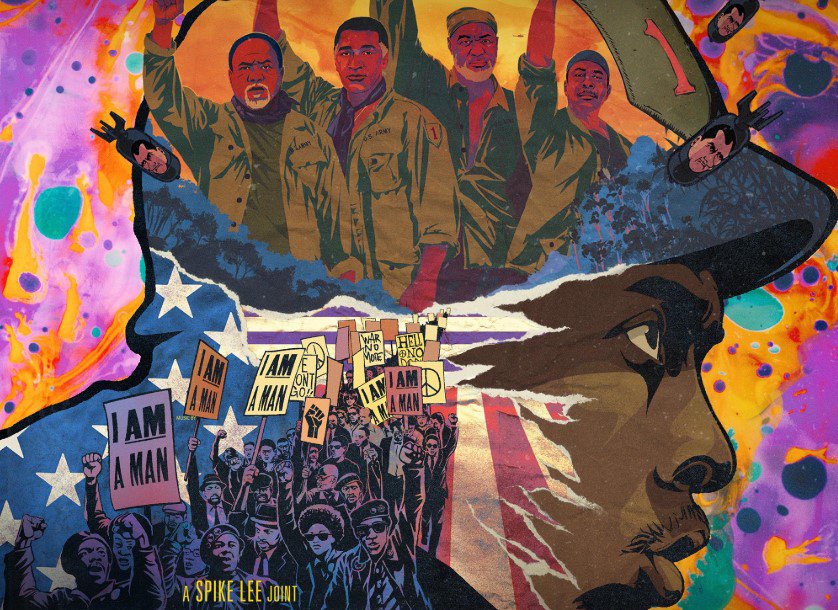 Da 5 Bloods follows a group of Vietnam veterans, who have dubbed themselves the Bloods, as they return to Vietnam to locate the remains of their friend and deceased squad leader Norman ‘Stormin’ Norman’ Holloway. They’re also searching for a box of gold they’d stumbled onto during their tour and left buried behind for later retrieval.

Da 5 Bloods being unable to premiere at Cannes and subsequently play in theatres before streaming on Netflix is a genuine shame. Beyond the praise and attention it would have received in a top-tier festival setting, a theatrical release could have made it eligible for at least one Academy Award, which it deserves. But perhaps the Academy will make some temporary rule changes this year on account of extraordinary circumstances.

Although the film started as a spec script in 2013 which was set to be helmed by Platoon and Born on the Fourth of July director Oliver Stone, Da 5 Bloods may as well have been a Spike Lee film from its very inception. The rewriting by Lee and Kevin Willmott has imbued the story with so many elements familiar to both Spike Lee fans and African Americans in general that it’s hard to imagine the film without them.

The introduction contains images and clips of Angela Davies, Tommie Smith and John Carlos, Malcolm X, NASA projects, the Kent State massacre, the self-immolation of Buddhist monk Thich Quang Duc. All while listening to the beautiful tone of Marvin Gaye’s Inner City Blues’ These are the 1970s and this is the specific context the movie frames itself in.

The film alludes to a number of real and fictional events, sometimes implicitly and sometimes explicitly. However, the difference between reality and fiction is not left untouched. At one point the group discusses the movie Rambo and its “imaginary POW’s”, saying how “Hollywood goes back to Vietnam to try and win the war”, before being told about real-life hero Milton Olive, who jumped on a grenade to save his squad.

The film does not shy away from religious allegories either. After all, the real-world presence of Christianity in American lives is neither subtle nor downplayed. At some point we see a man with a wound slightly resembling Jesus’ death-verifying puncture to his proper right offering forgiveness in exchange for confession. “Don’t go and talk about my father, God is my friend, Jesus is my friend”, a character sings, both drawing strength from his belief but also tragically projecting an idealised relationship between himself and his son that just isn’t there. Lee’s naming of the group may point to the Five Holy Wounds of Christian tradition, but perhaps not exclusively.

Delroy Lindo’s character Paul talks to us during the film. He looks at the camera and unleashes line after line in a monologue that is as varied in intonation and language as a well-executed combo in the twelfth round. “Salt in the vaseline”, jab. “You made me malignant”, liver shot. “I will choose when and how I die, you dig?”, right hook. Lindo deserves all the praise he has received for his performance here.

Da 5 Bloods is about reconciliation, acceptance, resolution, the poisonous and long-lasting effects of conflict, and of course love. However, even in its resolution, the film does not spell an end goal reached, it is not finite and constrained like that. Only that some hurdles have been jumped over, that though wiser and more determined than ever, the journey continues.

The British are fatter than the rest of Europe, says PM Johnson