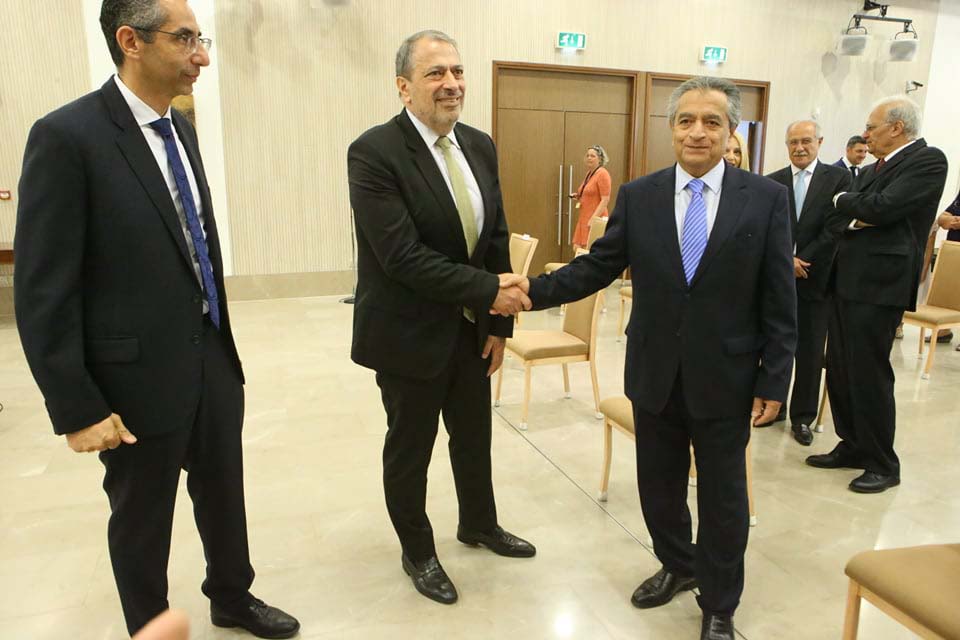 Former attorney-general Costas Clerides was bid farewell on Monday to the protracted applause of Legal Service staff as he handed over the helm to the state’s new top lawyer, Giorgos Savvides and his deputy Savvas Angelides.

Clerides said his seven-year term at the Legal Service had been marked by many difficult situations, which raised serious unprecedented legal issues.

Despite chronic understaffing and the huge increase in the workload, the service managed to carry out its mission during the last, difficult years, and that is due to the  conscientiousness and hard work of all its members, Clerides said.

He said he was handing over a fully staffed service along with an extra number of positions afforded by the state.

The service was now in the “fully capable and strong hands of worthy colleagues” who were taking over the difficult work of the state attorney-general.

“There will always be difficulties but at least the conditions are much better than the ones we had received,” Clerides said.

Savvides said he was assuming his duties fully aware of the duty and obligation the position carried.

He said he would serve this supreme independent state institution with full respect towards the supreme principles and values it represents, safeguarding the constitution, enforcement of laws and regulations, and equality, guided by the fact that no one is above the law.

“I will work tirelessly with dedication and zeal and will exercise my duties … with full honesty and caution, shutting my ears to any effort to influence or outside interference,” Savvides said.

Deputy attorney-general Savvas Angelides said he would do everything in his power having the rule of law as his guide.

Savvides and Angelides were sworn in earlier on Monday at the presidential palace.

Acknowledging the great importance of these two roles, President Nicos Anastasiades outlined the criteria and reasoning behind the appointments.

These included: morality, honesty, discretion, integrity, deep and excellent knowledge of legal training as well as many years of experience.

“Expectations of both my own and above all the citizens, while taking into account the strictly defined powers and responsibilities… you are called upon to safeguard the principles and values,” the president said.

He also said that the priorities and policy focus is on equality, good governance and the protection, dignity and rights of citizens from arbitrariness and abuse of power.

He reiterated that “from today you become independent state officials, and no one has the right to interfere in your work.”

At the ceremony, Clerides also received a special thanks, noted for his dedication in serving the country.

“His long and rich presence in the legal affairs of our country have been important for the defence of the constitutional order,” the president said.

Clerides resigned on Friday following a spat over his retirement date with accusations of intent to profit from his position by staying on an 23 days after his official retirement date, which is set by the constitution – once an AG turns 68.

After a furore, Clerides announced on Friday that he would not even wait any longer for the official date for his retirement and instead would resign immediately.