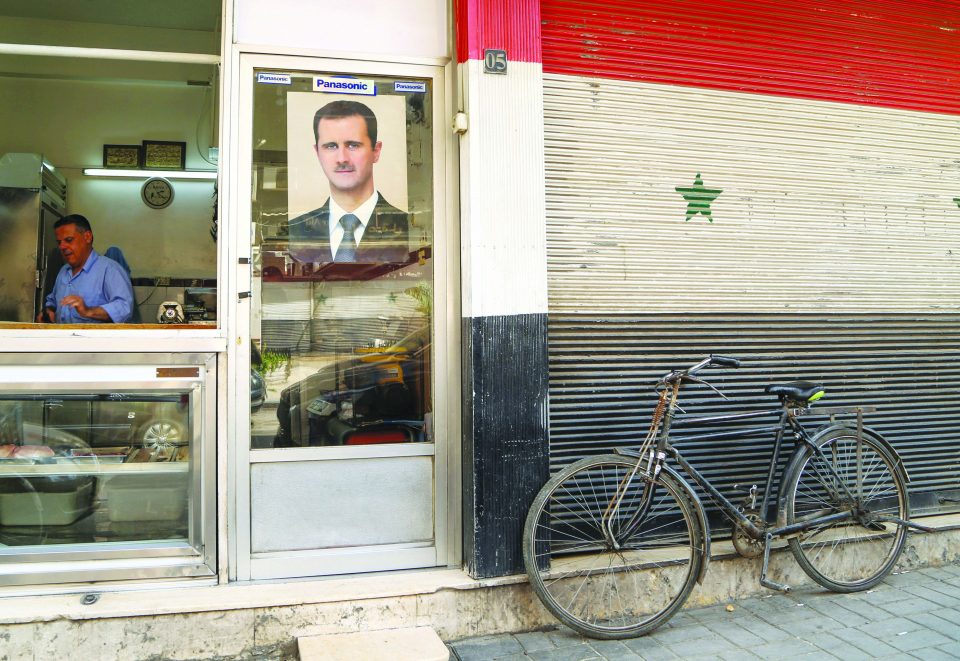 LAST week the United States imposed new sanctions on Syria: a “sustained campaign of economic and political pressure” to end the nine-year war by forcing President Bashar al-Assad to UN-brokered peace talks where he would negotiate his departure from power. Assad’s wife was already cross about not being able to shop at Harrod’s or Bergdorf Goodman, so he should crumble any day now.

Other things are crumbling already. Ordinary people’s incomes are collapsing (down by three-quarters since the beginning of the year). The price of food in Syria has doubled. Lebanon next-door, already in financial meltdown, is now seeing its large trade with Syria vanish as well.

Even those Syrians who support the regime – around a third of the people who have not fled the country – will have a much harder time, but they won’t desert the regime. The more prosperous ones depend on Assad’s regime for their income, and the poorer ones are mostly minorities who fear they will be slaughtered if the jihadis win.

The US decision to raise the pressure on Assad is probably a random by-product of Donald Trump’s obsessive campaign against Iran (which has been helping the Syrian regime to stay afloat). If Trump even knows that the remaining rebel groups in Syria are by now all led by fanatical Islamists linked to al-Qaeda, the group that organised the 9/11 terrorist attacks, he doesn’t care.

The Syrian tragedy is mainly due to endless foreign interventions. The Syrians who called for an end to Assad’s regime in the ‘Arab Spring’ of 2011 were just like the young men and women who started demanding the fall of Egyptian dictator Hosni Mubarak at the same time. They were both genuinely popular movements, not fronts for jihadis.

The Egyptian protesters won, there was a free election – and then the army struck back in 2013, slaughtered several thousand people in the streets of Cairo, and put General Abdel Fatah el-Sisi in power, where he remains to this day. Egypt is at peace, although hundreds more people have probably died in Sisi’s prisons since then, and thousands have been tortured.

The Syrian protesters didn’t get that far. They were driven from the streets – but then various foreign powers started organising the rebels and giving them arms. The war has lasted another eight years, and somewhere between 400,000 and 700,000 Syrians have been killed. Five million Syrians have fled abroad, and another five million are displaced within Syria.

So here’s the question: would you prefer Egypt’s fate or Syria’s? Both countries are still tyrannies, but one is literally in ruins, with half the population out of their homes, and the other had a few thousand deaths. It’s a no-brainer, isn’t it?

The Syrian power struggle would probably have ended in an Assad victory around the same time that General Sisi took over in Egypt if the US, Turkey and Saudi Arabia hadn’t begun sending the Syrian rebels arms and money. US motives were mixed, but the Turks and the Saudis, both led by different kinds of militant Muslims, just saw an opportunity to replace a secular regime with a hard-line Islamist one.

They would probably have succeeded if Russia had not intervened to save Assad in 2015, and Syria would probably be divided today between al-Qaeda and Islamic State. The groups linked to al-Qaeda absorbed or destroyed all the others, and today they rule over a single province in northwest Syria under Turkish protection. But still the war drags on.

If any of these outside players had been willing to put its own troops in the ground, the war would at least have ended years ago (though it might have ended badly). But none of them were willing to risk their own soldiers’ lives – not even the Russians, who stick to air strikes. And now the US is hitting Syria with even bigger sanctions.

When governments impose sanctions, they usually explain that they had to “do something”, but the new sanctions will hurt ordinary Syrians very badly. They might be justified if there were a reasonable chance that more sanctions could bring Assad’s regime down, but there’s no chance of that, and everybody knows it.

In a famous paper in 1997, Robert Pape of the University of Chicago showed that out of 116 cases of international sanctions being imposed during the 20th century, in only six cases did the target government yield to the demands of the country imposing the sanctions. The success rate has not improved since.

‘Doing something’ feels good, but it doesn’t usually do much good.