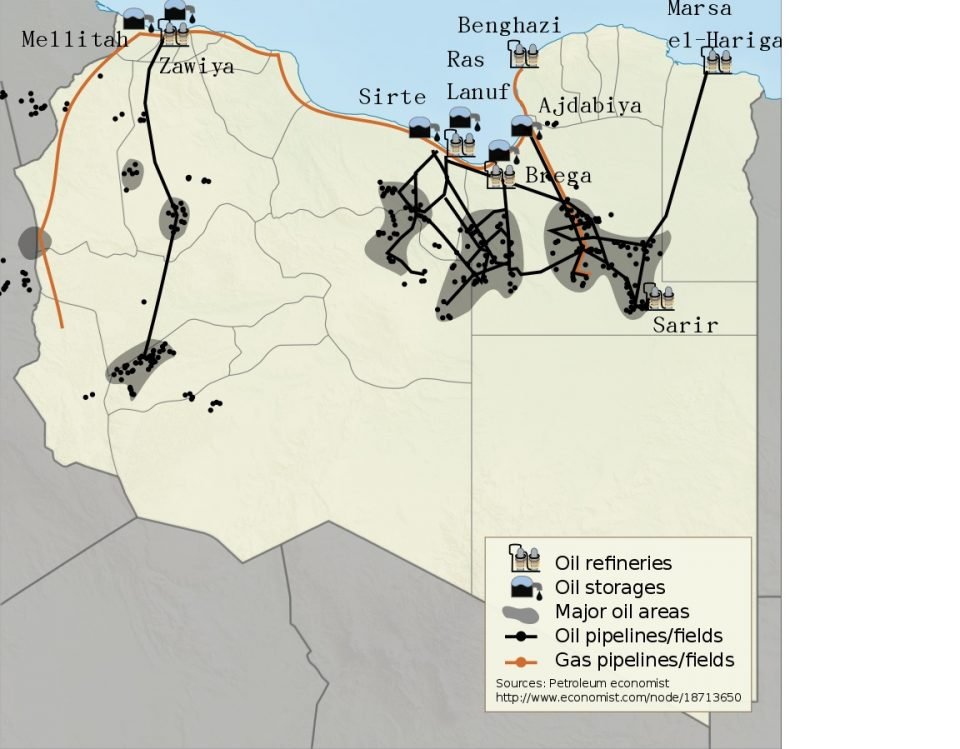 On Friday, Russian mercenaries from the Wagner Group, and the Sudanese Janjaweed militia forced their way into the most important oil production field in Libya, and halted oil exports, according to a statement by the Libyan National Oil Corporation (NOC).

Both groups are affiliated with the forces of  General Khalifa Haftar which are in battle against Libya’s UN-supported Government of National Accord.  The Wagner mercenaries had turned the Jufra base and airport into a command center, from which they took control of the country’s southern oil fields.

Support for Haftar has come from the United Arab Emirates, Saudi Arabia and Russia. The UAE has also supplied arms to Haftar, in spite of a UN arms embargo.

Russia’s Wagner Group is owned by Yevgeny Prigozhin, a businessman with close links to Russian President Vladimir Putin. A video has surfaced showing Yevgeny Prigozhin, the owner of the Wagner mercenary organization, attending negotiations between Russian Defence Minister, Sergei Shoigu, and General Haftar. The Wagner group had been active in Ukraine as well.

The Wagner Group has reportedly brought in 1,000 mercenaries to Libya, including Russian pilots who trained troops loyal to General Haftar. There have also been reports of Russian Sukhoi-22 warplanes flying over Libya.

As the presence of the mercenaries in the war-torn country increases, Libyan Interior Minister Fathi Bashagha said Saturday foreign mercenaries occupying the country’s oilfields were a threat to Libya’s national security.

Writing on Twitter, Bashagha described the occupation of El-Sharara oilfield by foreign mercenaries as a “dangerous precedent.”

“This is a grave threat to Libya’s national security and harms the interests of U.S. and European oil firms,” he said.

The El-Sharara oilfield produces more than 300,000 barrels of crude oil per day, roughly one-third of the oil-rich country’s production. The oilfield had resumed production on 7 June, after months of remaining closed, but was shut down only a few days later. Now no oil already stored on the site will be exported.

There are also reports of Syrian mercenaries being brought in to Sirte, the city close to the El-Sharara oil field. Weapons, ammunition and air defense equipment have reportedly also been brought in with the Syrians.

The GNA has been under attack by Haftar’s forces since last April, with more than 1,000 killed in the violence. The Tripoli government launched Operation Peace Storm on March 25 to counter attacks on the capital.

Cyprus economy on track, but has further to go — PwC

Dollar starts week on back foot ahead of data, earnings