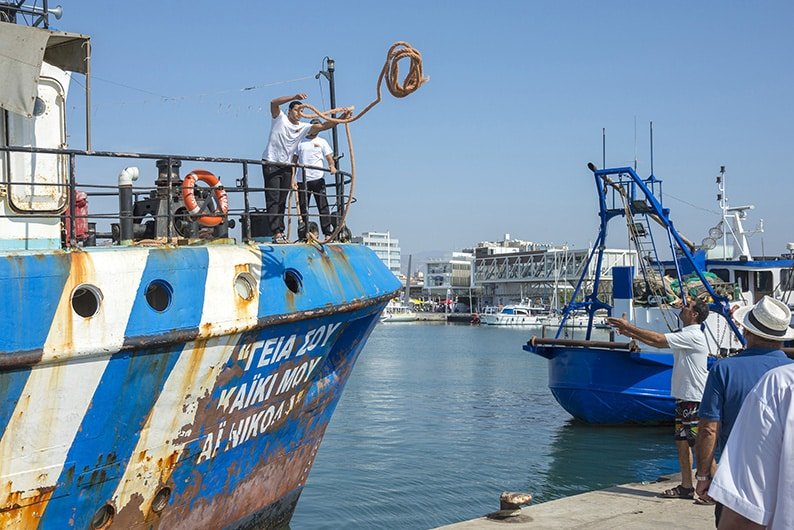 The issue of illegal, unreported and unregulated Turkish fishing activity in the sea of Cyprus needs to be addressed, said Virginijus Sinkevičius, the European Commissioner in charge of Environment, Oceans and Fisheries.

The commissioner said that the issue should be addressed by the General Fisheries Commission for the Mediterranean (GFCM). He added that the European Commission and EU member states fully support Cyprus when it comes to Turkish activities.

According to a press release by the Press and Information Office, Sinkevičius was speaking during the Agriculture and Fisheries Council, that took place via videoconferencing, on Monday. The Council discussed a proposal by the European Commission towards more sustainable fishing in the EU.

Addressing the same meeting, Minister of Agriculture, Costas Kadis, said that Turkey operates illegally in EU waters in the eastern Mediterranean. Turkish vessels have been spotted fishing red tuna in the north-eastern part of the territorial waters of the Republic of Cyprus and within the county’s exclusive economic zone “illegally and without a permission from Cyprus or the EU” Kadis added.

The minister said that Turkish activity violates the sovereign rights of Cyprus, freedom of fishing and customary international law, while undermining efforts to promote equal competition.

Several times during the last few years, Turkish patrol boats went harassed and prevented Cypriot-flagged vessels from operating within Cyprus’ maritime zones and in the open sea, Kadis said. There have been also incidents, where the Turkish occupation forces captured Cypriot-flagged fishing boats and arrested the crew, he added.

Cypriot fishing boats have been also harassed on several occasions by the Turkish research vessel Barbaros or by its supporting vessels, damaging fishing equipment and forcing crews to cease operations, he said.

Kadis stressed the need for tighter monitoring of fishing activity in the eastern Mediterranean pointing out that collective effort at EU level was necessary.