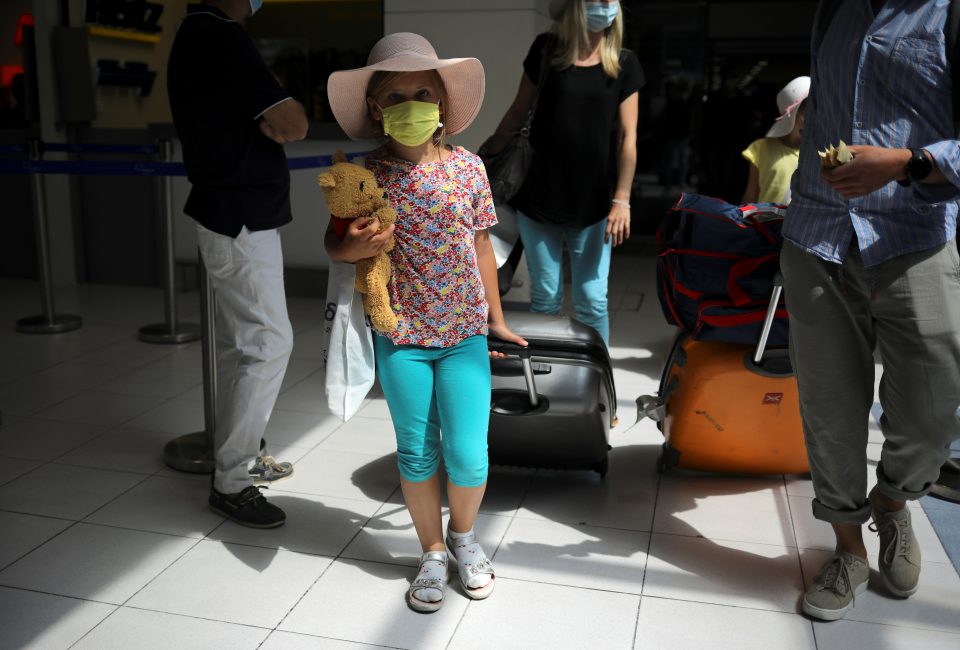 With traditional music and sweets, Greece reopened its regional airports to international travellers on Wednesday, pinning its hopes on a recovery in tourism after a three-month lockdown.

Greece’s tourism sector accounts for a fifth of its economic output and employs 700,000 people.

“We decided in this weird time to come because we feel that it’s a safe country,” said Suzana Vosatkova from the Czech Republic as she arrived on the island of Rhodes.

On some islands, including Rhodes and Crete, tourists were offered Greek sweets and greeted with live music from performers in traditional dress, wearing the mandatory and not-so-traditional facemask.

Dozens of flights were expected on Wednesday at Greece’s 18 regional airports, which link to some of its most popular resorts.

All travellers must fill in a passenger locator form (PLF) at least 48 hours before entering the country. Random tests will be conducted upon arrival.

Greece’s two main airports opened last month. The European Union gave approval on Tuesday to leisure or business travel from 14 countries outside its borders. From its initial “safe list” it excluded Russia and the United States, both significant tourism markets for Greece.

The country has managed to contain coronavirus infections to 3,409 since its first case in February. But its economy is expected to shrink by at least 8% this year.

The country reported 20 new cases on Tuesday, nine of them arriving by air, government officials said. Officials said they were treading cautiously in easing lockdown measures.

“It’s a calculated risk. We do not rush things, we take it one step at a time,” Tourism Minister Harry Theocharis told Reuters.

Greece is following EU directives on who is allowed into the country. Direct flights from Britain, Sweden and Turkey will not be permitted until July 15.

Meanwhile Malta reopened its airport on Wednesday to allow visitors from several European countries, but like Greece the move will not include Britain, which accounts for 30% of the island’s tourist arrivals.

The reopened connections include cities in France, Germany, Spain and Italy.

“We hope to welcome 700,000 tourists by the end of the year,” Tourism Minister Julia Farrugia Portelli told a news conference on Tuesday.

The figure is a far cry from the 2.7 million who visited Malta last year, contributing a quarter of the country’s output. Farrugia Portelli said talks were underway to widen the list of destinations, particularly Britain.

Tony Zahra, president of the Malta Hotels and Restaurants Association, said he expected a slow start with possibly 15% of arrivals in July compared to the same month last year.

Malta “could no longer keep the airport closed,” he said.