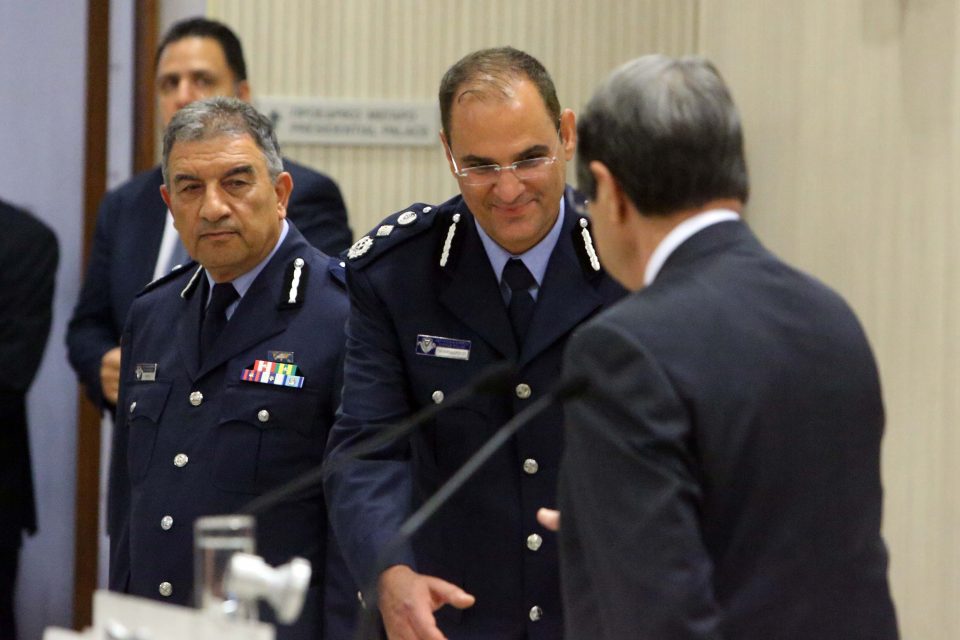 We’ve probably been promised police reform for as long as local government reform and public service reform but while the latter will be tangible when they come, if they ever do, how will we know the police have been reformed?

On Tuesday during the swearing-in ceremony of new police chief Stelios Papatheodorou and his deputy Christos Mavri, President Nicos Anastasiades promised “bold decisions and radical reforms” to turn the force into “a modern, flexible and efficient organisation”.

He did not really specify how that would come about other than to say it was centred on restoring trust in the force.

The image of the police was badly tarnished last year, twice. Twenty officers are under investigation for mishandling the cases of five missing women and the children of two of them who all later turned up dead, the victims of a serial killer. The second was over their handling of the Ayia Napa rape case and the way the young British woman was treated in comparison to the Israeli teens she accused of assaulting her.

Most people don’t have a lot of interaction with the police and most don’t find themselves in a police cell getting brutally beaten by bad cops. Only in very rare cases does some video evidence emerge that this happens, which gives little indication of how often it happens.

The only stats it’s possible to find are through the annual report from the independent police watchdog, and the latest available figures issued in late 2018 show that complaints were up 75 per cent between 2015 and 2017. During this time, there were about 240 complaints, which could just mean that since the establishment of the watchdog people have somewhere to go and complain in the first place, and are also now less afraid to do so.

Three quarters of those complaints concerned police abuse, and around 40 per cent were well founded, which means that a minimum of 72 people were abused by the police during that period. Complaints about negligence of duty are generally legitimate, while the number of complaints about corruption, bribery was small.

Not all police are bad cops, and the call by US protesters to defund and abolish the police is frankly ridiculous. The police do need changes to combat evolving criminal activities such as growing cybercrime and terrorism. But this is only a matter of technical training, funding and better technology. Real reform would be weeding out the bad apples that tarnish the image of the force and that is where efforts should be focused.